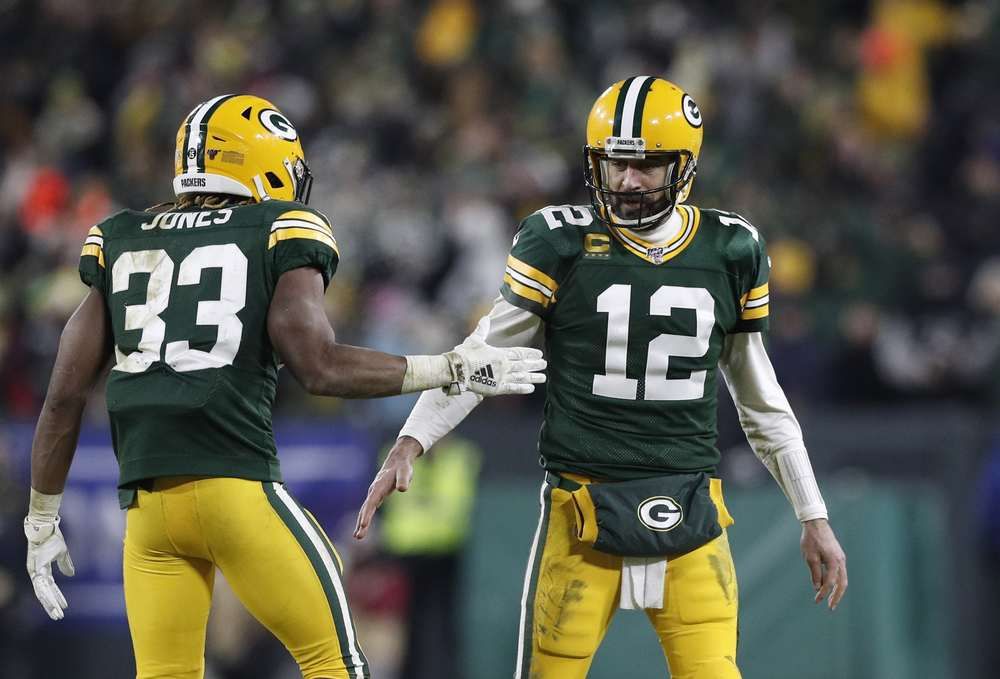 I'm an NFL handicapper here at Pickswise who was raised in a household full of sports fanatics. Since I unfortunately never had LeBron James' jumping ability I wasn't able to make it to the NBA, and chose writing about sports as the next best thing. An avid sports bettor myself, I'm excited to get to write about the industry as it gets set to take off across the country. Buckle up.
Updated: 12:32 PM ET April 09, 2020

The first win totals for the 2020 NFL season are out, providing us gamblers a desperately needed outlet. The NFC North profiles as one of the best divisions in football, and today we’ll be looking at the case for each team. For previous installments in this series where we go division by division, check out our ‘NFL News‘ tab.

The Packers are expected to take a step back after winning the NFC North last year, and I understand why. They won a lot of close games and weren’t as good as their record suggested, but this still feels like an overreaction. They went 13-3 and were perfect in the division, and I don’t think they’re going to win that many fewer games. Aaron Rodgers has now had a full season to digest Matt LaFleur’s system, so if anything I think the offense and passing game will take a step forward. The defense was already great last year, giving up the fourth-fewest points in the NFC, and I think them finishing above .500 is a pretty safe bet.

This number also seems a bit low. The Vikings won ten games last year, and they arguably underachieved. They’ve got one of the league’s more talented rosters, and they showed that by beating the Saints on the road in the first round of the playoffs. Kirk Cousins looked a lot more comfortable this past season under the tutelage of Gary Kubiak, and that should only continue as he gets another year with Kubiak. Cousins easily had his best year as a pro in 2019, averaging 8.1 yards per attempt and only throwing six interceptions. This one I feel pretty good about.

The Bears were the big disappointment in the NFC North last season, going 8-8 only a year after winning the division. Unfortunately for Chicago, I think things are going to get worse before they get better. It’s often said that if you have two quarterbacks you don’t have one, and that’s certainly the case with the Bears after they traded for Nick Foles. He’ll almost certainly end up starting over Mitchell Trubisky, but that isn’t saying much. Foles showed in Jacksonville last year that his Super Bowl run was a mirage. The defense took a step back once Vic Fangio left, and I don’t think they’re magically going to rebound to their old heights now. Signing a washed Jimmy Graham to a big contract this offseason shows that general manager Ryan Pace is still in over his head.

This is a tough one. The Lions won only three games last season, but that’s because things spiraled out of control after Matthew Stafford went down with an injury. I don’t think Matt Patricia is a good head coach, but if Stafford is healthy it’s hard to bet on them not being at least competitive. Then again they did trade away top corner Darius Slay this offseason, and they still don’t have much semblance of a pass-rush. They downgraded their offensive line by letting Graham Glasgow walk in free agency, and they overpaid to reunite Patricia with Jamie Collins. This one could really go either way, but I’d lean under.