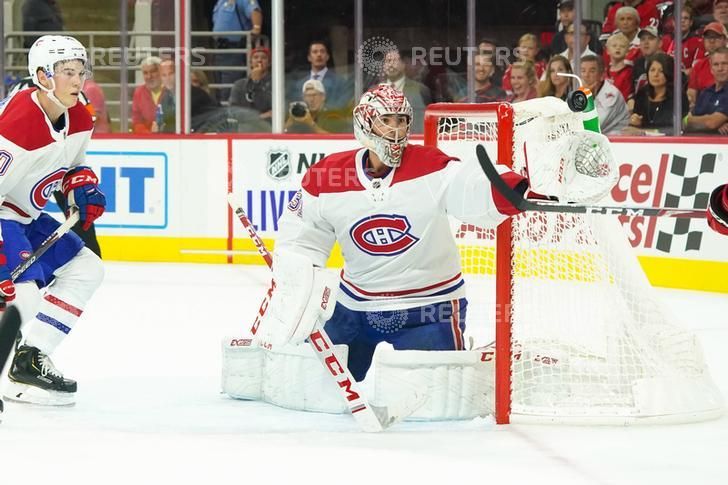 It’s been a quick start to the 2019-2020 NHL Season. With it now being December, teams are starting to battle it out to be the best come later in the season. Plenty of teams are on hot streaks, but none have looked stronger than the Boston Bruins who find themselves atop the Pickswise NHL Power Rankings to start December. Which team will be the best in the West isn’t as clear at this point, but plenty of games left for that to be decided. The East has plenty of contenders this season, but can any slow down the Bruins? There are a lot of interesting games ahead so make sure to check our NHL picks as well. But let’s jump into the Pickswise NHL Power Rankings for this week.

Boston has rattled off six straight wins, and don’t blink because they can score quickly. Next Game: vs MTL (Today).

Alexander Ovechkin is arguably the greatest goal scorer of all-time and the Capitals are one of the best teams in the NHL. Next Game: @ SJ (12/3).

The Islanders California Trip was pretty disastrous, but they are still one of the best teams in the NHL. Next Game: @ DET (12/2).

The Blues find themselves as the top team in the Western Conference so far, can they maintain it? Next Game: @ CHI (12/2).

Nathan McKinnon has been playing at a high level, but he can only carry Colorado so far, they are a battle-tested team. Next Game: @ TOR (12/4).

The Flyers have been one of the hottest teams in the final week of November and could have momentum at the right time. Next Game: vs TOR (12/3).

Edmonton slips with two-straight losses but could bounce back with a match-up in Vancouver up next. Next Game: @ VAN (Today).

Dallas has had a crazy season so far, but still, find themselves in contention after a slow start. Next Game: @ MIN (Today).

Things still looking up for the Hurricanes after a tough 3-2 win over Tampa Bay to finish November. Next Game: @ BOS (12/3).

The Jets will have plenty of tests ahead, with two straight games against Dallas, this week. Six wins in their last eight games have them trending up. Next Game: vs DAL (12/3).

What a difference a year makes, as the Arizona Coyotes are one of the best teams in the Western Conference. Their mojo is down a bit with two straight losses. Next Game: @ CLB (12/3).

Still one of the biggest surprises this season, Florida has been a tough out every time they take to the ice. Next Game: vs MIN (12/3).

Pittsburgh has plenty of work to do, but as long as they can stay within the playoff race, for when Sidney Crosby returns then this team will be dangerous. Next Game: vs STL (12/4).

It has also been a pretty slow start for the Lightning this season, but they have played a pretty brutal schedule so far. Next Game: @ NSH (12/3).

The Sharks looked doomed after a very slow start but have battled their way into third in the Pacific with five wins in their last six games. Next Game: vs WSH (12/3).

New York has won four of their last five games, with the loss coming against Boston in overtime. Next Game: vs VGS (12/2).

The Canucks are coming off a very important win against division-leading Edmonton. They will get another shot tonight. Next Game: vs EDM (Today).

The record doesn’t quite show it but Toronto sits third in the Atlantic with 30 points. Next Game: @ PHI (12/3).

This isn’t the start most Nashville fans were hoping for, but they aren’t out of it yet. Next Game: vs TB (12/3).

Seven straight losses, and with no signs of an end to that streak, the Canadiens could be in for a free-fall. Next Game: @ BOS (Today).

The Knights record doesn’t quite show they are still a contender this season, but back-to-back wins over Nashville and Arizona doesn’t hurt. Next Game: @ NYR (12/2).

It has been quite the odyssey for the Sabres already this season, but they still have an opportunity. Next Game: vs NJ (12/2).

No more Bill Peters as he resigned as coach, yet the Flames have responded with back-to-back wins. Next Game: vs BUF (12/5).

Minnesota has won two straight but against some of the league’s worst. Next Game: vs DAL (Today).

The Blue Jackets aren’t out of it by any means, but their next few games will be a tough test. Next Game: vs ARZ (12/3).

The Blackhawks have had a tough schedule as of late, and it only gets harder. Next Game: vs STL (12/2).

How much longer will John Hynes last as the Devils head man? This team isn’t good. Next Game: @ BUF (12/2).

The Kings get a boost after knocking off one of the best teams in the NHL in the Islanders along with a win over Winnipeg. Next Game: @ ANA (12/2).

They aren’t the worst team in the NHL this year, but they have lost four straight-games and yet still have the same amount of wins as teams just ahead of them in the power rankings. Next Game: @ VAN (12/3).

How the bottom feels, that is exactly where this year’s Red Wings team belongs, as they are terrible. Next Game: vs NYI (12/2).