Rashad Phillips: Breaking down why we're seeing so many March Madness upsets 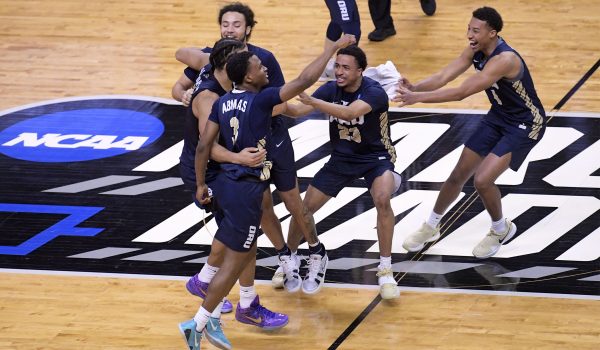 Now, a lot of you will know that I said before the Big Dance got underway that I liked the chances of Oral Roberts, Ohio, and Abilene Christian to get the job done in the first round, and they did just that.

But why were they able to do that? Let me try my best to break it down for you.

Mid-major teams are not intimidated

I want to dig into this aspect and give you some perspective, as someone who was a former player for a mid-major school. I want to take you into the mind of how we think when we step in between the lines of high-major teams. There are two things that make us stand out — development and hunger.

Those are the two words I want to focus on.

They are why mid-major players look forward to playing the top teams, and why they are not intimidated. From a development stage, I believe the high-major teams are beginning to struggle with this and there’s a reason why. A lot of high major teams get by solely off their talent, so they’re able to beat teams just by being more talented than the opposing team. But when you look at the mid-major teams, they have talent as well but they need to work more on their craft, so they can then mix their craft and talent together. That then turns into production.

But hunger plays into this a lot as well.

There’s been a lack of hunger from high-major schools over the years and I think it’s because when you get to a Duke or a Kentucky, there’s a false sense of security that the kid has “made it”. That is as opposed to a kid at a mid-major school who knows that they have not made it — that there’s more to go after.

So when you combine the development and hunger of the mid-major college programmes against the lack of it in high-major teams – that’s why you’re seeing these upsets taking place.

This is why Texas lost to Abilene Christian, Virginia lost to Ohio, and Florida and Ohio State lost to Oral Roberts.

Let me break this down further for you. When you are a mid-major player, there’s a bit of envy that goes through your veins, because you feel that the high-major teams have something that you always dreamed of. It isn’t personal envy towards anyone in particular, but a “we envy what you have” sort of mentality. Envying that they get to play in great facilities, in front of 15,000 fans, that they get all the social media views and attention. Mid-major players envy that, and can’t wait to line up across from high-major players.

A lot of people think these games are upsets, but to me, they’re not. These games are revenge. And that’s how I’m able to pick certain teams to beat high-major teams — because I know what’s inside those kids. They’re not afraid — they’ve waited for this moment and they want something that they have. That’s why a kid like Ja Morant took advantage of being able to play in March Madness, and why Max Abmas and Jason Preston played their hearts out against Ohio State and Virginia. These kids have waited for these moments their entire lives. There is zero fear, and if there is any fear, it’s coming from the other side.

The mid-major teams are not the hunted — they’re the hunter.

Want more of Rashad Phillips’ March Madness thoughts, including his top five players in the NCAA Tournament so far? Check out the video below!