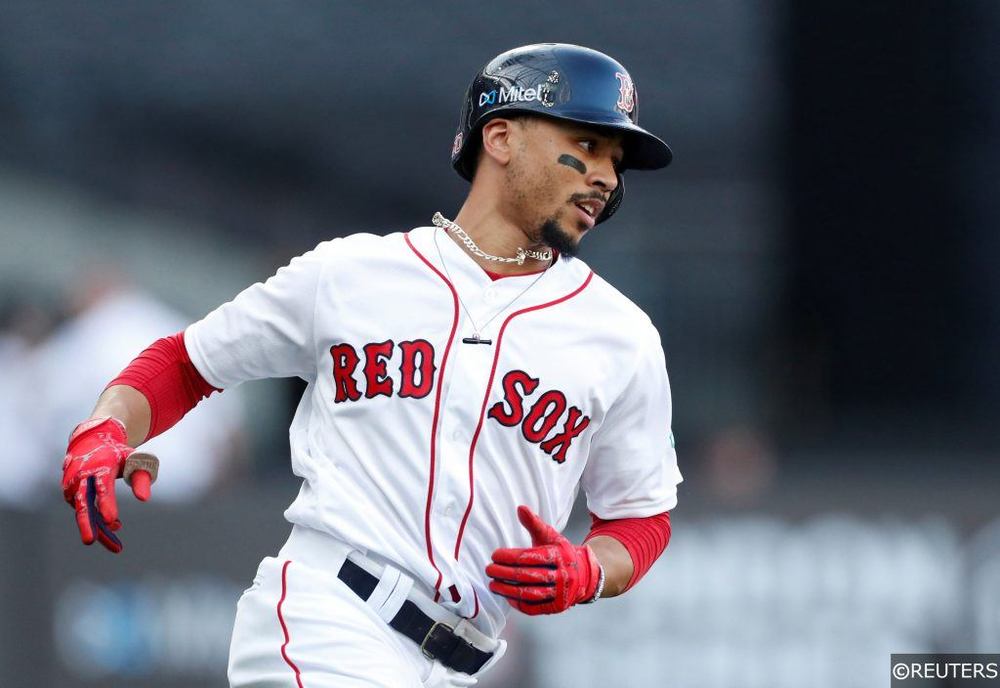 Note: the medical records of one of the players involved in this trade, Brusdar Graterol, has stalled the deal. As of the time of this writing, the teams are trying to resolve that issue so that the trade can move forward.

The Red Sox, Dodgers, and Twins recently agreed to a blockbuster trade that will, if completed, have a major impact on all three teams’ fortunes in 2020 and for the foreseeable future.  Just as it did in 2012, Los Angeles is absorbing several major contracts from the Boston outfit that will give the Sox some much-needed financial breathing room.

Of course, the Dodgers, as opposed to the Red Sox, have every intention of bringing home a World Series trophy in 2020, and the centerpiece of the trade is the (presumably) Los Angeles-bound Mookie Betts, the do-it-all right fielder who took home AL MVP honors in 2018 after a stunning 10.9 bWAR campaign. He wasn’t quite as otherworldly in 2019, though his 6.8 bWAR mark was still stellar, and in just over five full seasons of work, he has been worth 42 wins above replacement. In other words, the four-time All-Star, four-time Gold Glover, and three-time Silver Slugger is well on his way to a Hall of Fame career.

That said, Betts has been very open about his desire to test the free agent market when he becomes eligible at the end of the 2020 season, and Boston – in addition to the appeal of shedding salary and getting under the luxury tax threshold – wants to get something for him now rather than risk losing him for nothing more than a compensatory draft pick.

And the Red Sox would add a promising young outfielder to replace Betts in the form of 23-year-old Alex Verdugo, who has long been one of the best prospects in the Dodgers’ system and who showed flashes of that potential in 377 plate appearances with LA last year with a .294/.342/.475 triple-slash. Verdugo offers excellent defensive skills in addition to his offensive prowess, and he is under club control through 2024.

In addition to Verdugo, the Sox would acquire the 21-year-old Graterol from the Twins. An excellent prospect himself, Graterol, whose fastball flirts with triple digits, has generally dominated minor league competition, though he has already undergone Tommy John surgery and has had shoulder issues in the past. As referenced above, that injury history has given the Red Sox pause, because the club wants to try him out as a starter but reportedly believes that his medicals make him destined for the bullpen.

Not to be forgotten in all of this is David Price, the 2012 Cy Young Award winner who would head from Boston to LA in the deal. Price is no longer the pitcher he once was, but he still performed well for the Red Sox in 2019 and was actually quite good until July, when his season was sidetracked by a cyst on his left wrist. He is owed another $48MM though the 2022 season, and the Red Sox will pay a portion of that, which will help the Dodgers stay below the luxury tax threshold.

But adding Betts and Price comes at a…well, price. Losing Verdugo would obviously sting, and the Dodgers would also send pitcher Kenta Maeda to the Twins. Maeda is controllable through 2023, and while he might not be an ace, he is a solid starter – even if the Dodgers frequently brought him out of the bullpen – who could help Minnesota get back to the postseason and perhaps even win a playoff series for the first time since 2002.

Price, though, should offset the Maeda departure, and he may even represent an upgrade, at least in the short-term. The Dodgers have come close to ending their World Series drought in recent years, but they haven’t quite been able to get over the hump. Adding Betts would go a long way towards bringing a world championship back to Chavez Ravine for the first time since 1988, and the fact that the Dodgers were also compelled to jettison Joc Peterson to the Angels in a separate deal for luxury tax reasons shouldn’t impact their title pursuit this year. But if Betts should leave for another team next offseason, the loss of Verdugo would be magnified.