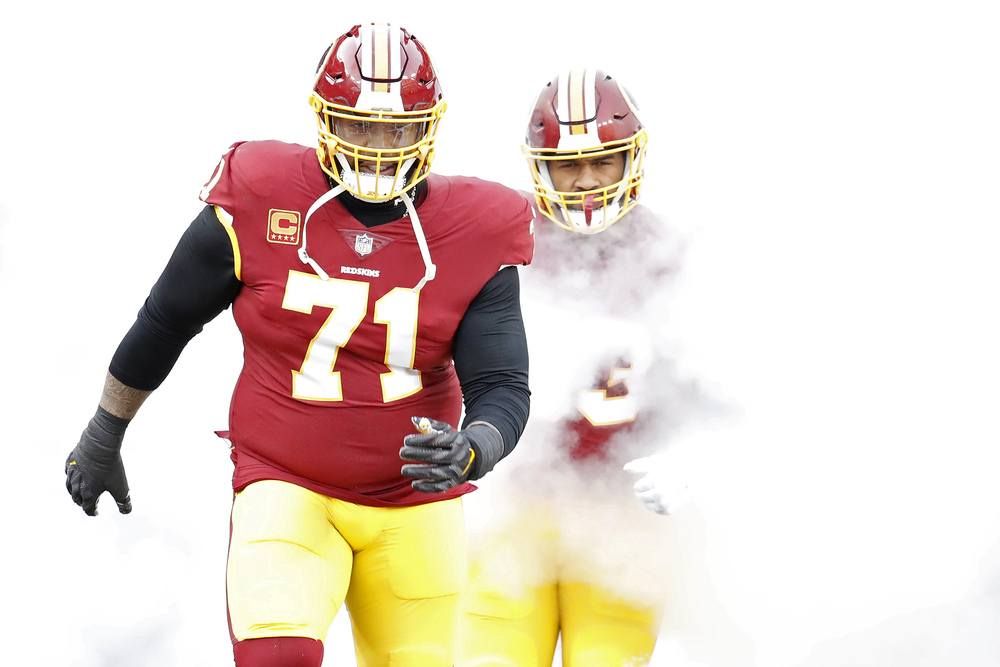 At long last, Trent Williams has found a new home.

Earlier today, the Redskins traded their disgruntled offensive lineman to the 49ers. In exchange, Washington has received a 2020 fifth-round pick and a 2021 third-round pick.

The 2010 first-rounder had spent his entire career in Washington, earning seven Pro Bowl nods during his tenure. However, things started to turn sour last offseason. In April, the veteran removed a cancerous growth from his head, and Williams claimed the organization had been withholding the seriousness of the growth since 2013.

The lineman subsequently requested a trade or his release, and the Redskins made the procedural move and placed him on the reserve/did not report list. He reported to the team in late October, but helmet discomfort (stemming from the aforementioned procedure) resulted in him being placed on the non-football injury list.

Back in March, the Redskins officially gave Williams’ camp the go-ahead to seek a trade, and a number of teams have been connected to the lineman since that time. Complicating trade discussions were Williams’ demands for a new contract; suitors failed to meet the Redskins’ asking price because of the impending financial demands.

The Jets and Browns seemed like potential suitors, and Washington reportedly came close to sending Williams to the Vikings last night. However, the lineman’s camp reportedly nixed that deal, and the 49ers flew in and snagged the veteran.

Curiously, the two sides haven’t already agreed to a new contract extension. In fact, it sounds like the 49ers will reconfigure the deal to accommodate their cap. Even if Williams can’t secure his desired contract extension, he’ll presumably be happier with a contender than a rebuilding team.

“I’m thankful this is over,” Williams told ESPN. “I thank [Redskins owner] Dan [Snyder] and the organization for all they’ve done for me. Still a lot of love for the fans and that locker room. Now I’m focusing on being the best player I can possibly be for the San Francisco 49ers.”

The move is a no-brainer for San Francisco. For starters, we also learned today that six-time Pro Bowler Joe Staley had decided to hang up his cleats, opening a major hole on the 49ers’ offensive line. Furthermore, Williams has experience with 49ers head coach Kyle Shanahan, who was his offensive coordinator back in Washington. That familiarity will be an asset, especially if the current pandemic cuts into offseason training.

Losing Staley would have been a major hit for the 49ers, and a lack of an immediate replacement could have reduced the team’s 7-1 Super Bowl odds. Instead, the team arguably found an upgrade in Williams and solidified themselves as the team-to-beat in the NFC.