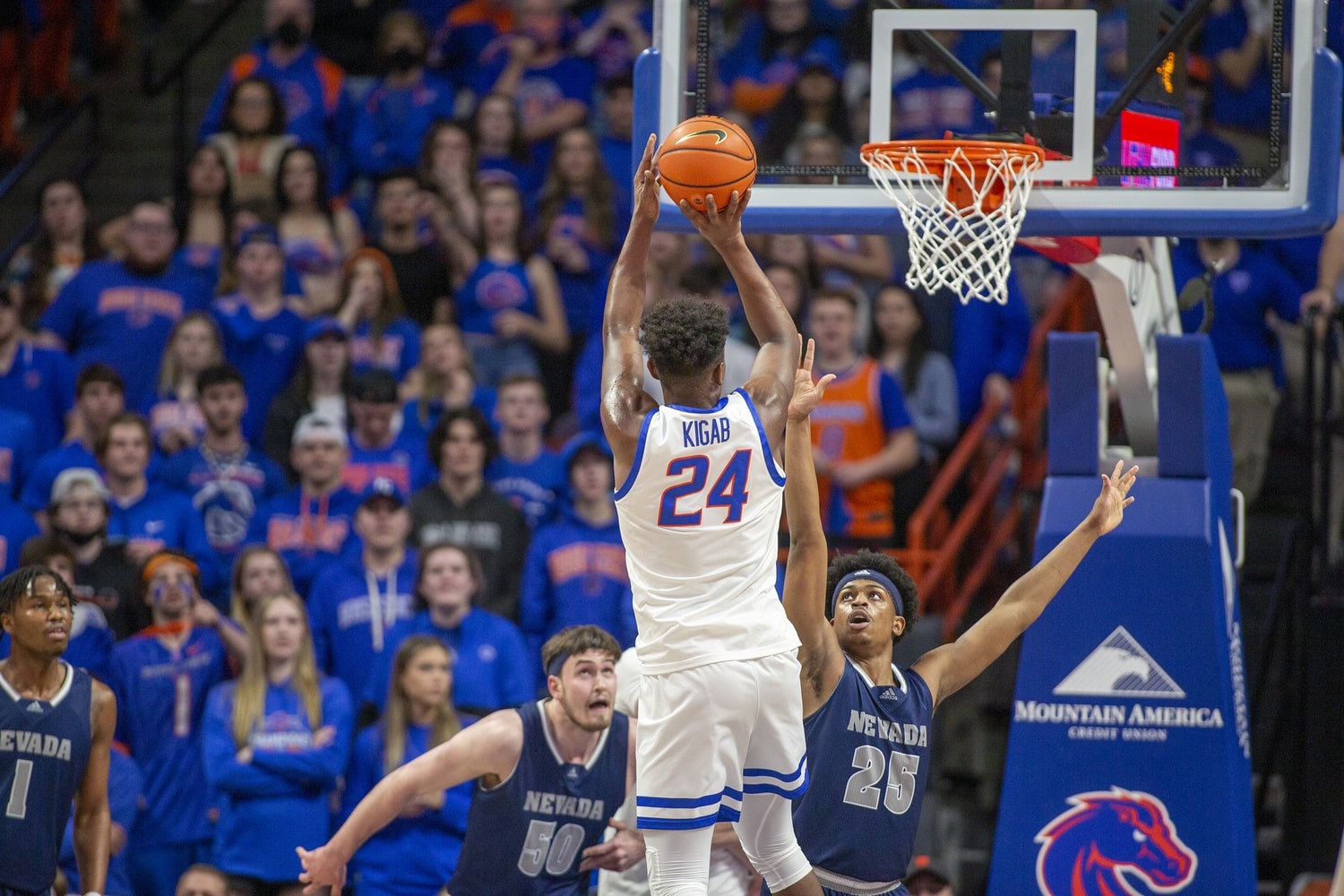 The round of 64 finally tips off on Thursday! With 16 games spanning from late morning until late night, expect a full day of exciting matchups and unexpected outcomes — as with every year during the NCAA Tournament. While it is fun to pick an underdog to advance through your bracket, which of them has the best chance to cover the spread or even win outright? \

Let’s take a look at three teams on Thursday who I believe offer the best opportunities to cash a winning ticket.

Beware! This seems to be a trendy underdog pick because the Providence Friars have been the luckiest team in the country for a majority of the season, per KenPom’s metrics. That is likely because Providence is 11-2 SU in games decided by 5 points or fewer and 3-0 SU in overtime games. While the matchup with Providence is a step up in class for South Dakota State, the Jackrabbits are an elite offensive team that can shoot from anywhere on the floor. They have the best three-point percentage in the country and rank 12th in KenPom’s adjusted offensive efficiency. They also score in a hurry, as they rank 15th in average possession length.

The Friars could have their work cut out for them against the speed and efficiency of the Jackrabbits, as their transition defense ranks in the 11th percentile while South Dakota State’s transition offense ranks in the 99th percentile (Synergy). Providence is 1-11 ATS in neutral-court games over the last 3 seasons, while #13 seeds are 9-3 ATS vs #4 seeds in the last 3 tournaments. This is the smallest spread of the #4 vs #13 matchups, which means oddsmakers expect this game to be close. I like South Dakota State here, despite the overwhelming popularity.

I cannot help but think the Broncos will feel disrespected with their #8 seed, as they won the MWC Tournament and beat #6 seed Colorado State twice. The perception of this game is that Memphis is the better team who played against better competition throughout the season. While this could be true, I do not see much of a difference between the two resumes. Boise State’s strength of schedule ranks 76th while Memphis’ ranks 59th, and each team lost games they should have won. Furthermore, KenPom ranks the MWC as the 7th-strongest conference while the AAC sits one spot behind the MWC as the 8th-strongest conference.

I do not think Memphis’ uptempo offense will intimidate Boise State, as the Broncos are a perfect 9-0 in games against teams who rank in the top 150 of KenPom’s average possession length (Memphis #48). While the Tigers may have more athleticism, the Broncos take better care of the ball and play with more control. Led by senior guards Marcus Shaver, Abu Kigab, and Emmanuel Akot, Boise State is a veteran group that ranks 51st in KenPom’s experience and 70th in minutes continuity while also defending at a high level (17th in KenPom’s adjusted defensive efficiency). Boise State has elite size (15th in average height) and should be able to limit Memphis’ elite offensive rebounding, as it ranks 5th nationally in opposing offensive rebounding rate. Boise State is 13-5 ATS in games away from home with 14 outright wins, while also covering 7 of its 9 games as an underdog including 6 outright wins. Furthermore, underdogs in the #8 vs #9 matchups have been profitable since the 2010 tournament with an ATS record of 29-17-2.

As a head coach, Shaka Smart is 8-2 ATS an underdog in the NCAA Tournament, made famous by VCU’s run to the Final Four in 2011.  This year, the Golden Eagles find themselves in the same spot against North Carolina that Boise State is against Memphis — underdogs in the #8 vs #9 matchup. Marquette had the 25th-strongest schedule this season so I do not expect them to back down from the challenges of facing the Tar Heels. With an average possession length of 15.2 seconds and an effective FG% of 52.6%, the Golden Eagles play fast and can score from anywhere. While they lack a reliable rebounding presence in the post, they rank 39th in opposing effective FG% — holding opponents to 46.7%. For reference, the Tar Heels are 1-4 SU in games against teams who rank in the Top 100 in opposing effective FG%, with their lone win against Duke in final game of the regular season.

Per Action Network’s Public Betting report, the Tar Heels have attracted over 80% of the bets and money likely because the Tar Heels are 4-1 ATS in their last 5 games while the Golden Eagles are 1-4 ATS in their last 5. Keep in mind, the ACC had a “down” season this year and is the 6th-strongest conference per KenPom. The Big East ranks 4th. North Carolina is 3-8 ATS vs its non-conference opponents, while Marquette is 11-5 ATS as an underdog. I like the contrarian underdog in this spot.