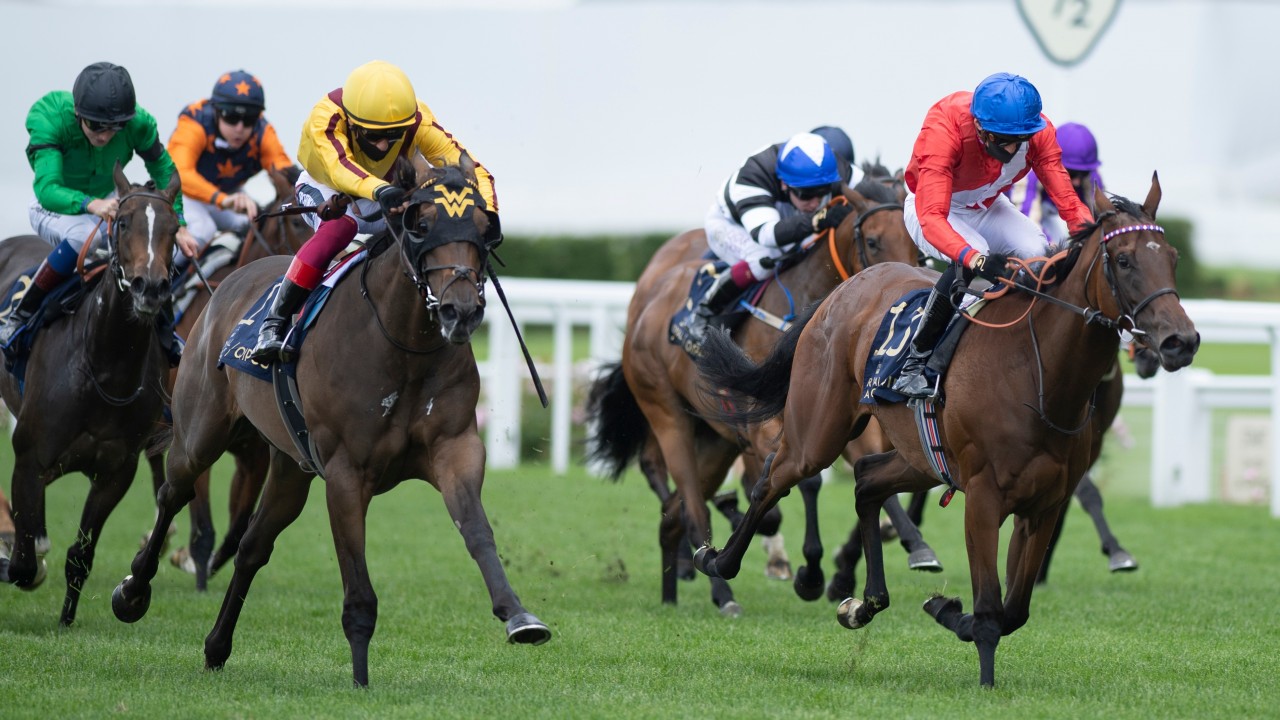 Royal Ascot is one of the biggest weeks in the British horse racing calendar. Every race on the final day of the meeting on Saturday is being broadcast live on NBC.

Elite horses from across Europe and worldwide stables have gathered at the famous track, with a number of American contenders taking their chance in some glorious sunshine.

Here at Pickswise we will be providing free picks and predictions for every single race, so let’s see how our experts see the final day’s racing going. Odds shown are a guide for information only.

Alfred Munnings has solid claims in Saturday’s first race, being a smart prospect from a barn that has an excellent record in this contest. However, there are a number of strong alternatives at better odds, notably CRYPTO FORCE who made his debut in the Curragh race which produced the winner of this last year and who was the subject of a big-money sale earlier this week. The Foxes could improve a fair amount on his Newbury effort behind Dark Thirty.

No filly has won the Jersey Stakes for 10 years, but STAR GIRLS AALMAL has a chance this year. She ran better than the result suggests when 4th in the Irish 1,000 Guineas last month and that form has been boosted since. particularly when runner-up Tuesday won the Epsom Oaks. A drop back to 7 furlongs should help too. Course winner Alflaila is a danger, along with Noble Truth, whose connections won this race last year.

This race revolves around the first run this season of HURRICANE LANE, who won the Irish Derby and the Grand Prix De Paris last year, and finished 3rd in the Epsom Derby and Prix de l’Arc de Tripmphe. He’ll be hard to beat if he’s back in the same shape as last year. Broome has some decent international form, including a solid run in this race last year. Third Realm would appreciate softer ground, while Mostahdaf and Solid Stone could figure if their stamina holds out.

Australia-based trainer Chris Waller won the King’s Stand sprint on Tuesday with the brilliant Nature Strip, who was beaten by his stablemate HOME AFFAIRS in the Group 1 Black Caviar Lightning at Flemington in February. Home Affairs was not at his best at the same track, when he was found to have a back issue, but he could be hard to beat if he’s back to his best. Another Aussie hopeful Artorius stays well at this distance and should enjoy the stiff track, but the biggest threat may come from the filly Sacred, who is dropping back to sprints. American challenger Campanelle has won twice at Royal Ascot and has a solid chance again.

This is another tough big-field sprint and Fresh was unfortunate to be up against Rohaan in this race last year. However, the ground may be too fast for him this time. The improving Blackrod is a threat but SILVER SAMURAI has been looking good at 6 furlongs and impressed in his Haydock win. Asjad and First Folio are others to consider.

FALLING SHADOW won a Newbury maiden last time and may be seen to better effect after a gelding operation. Blue Trail is another Charlie Appleby-trained runner to consider, while Aldous Huxley can go well if he overcomes a gate 1 draw. Knightswood, Missed The Cut and Chairman are all seeking a 3rd straight win and could be in the mix.

The Royal Ascot meeting closes with the Flat season’s longest race over a marathon 2 miles 5 1/2 furlongs. WORDSWORTH had some fine form last year and was running on at the end of the 2-mile Sagaro Stakes at this track in April, so this test should suit him. Last year’s first two home Stratum and Calling The Wind could go well again and Timour is interesting enough merely by being French trainer Andre Fabre’s only runner of the meeting.