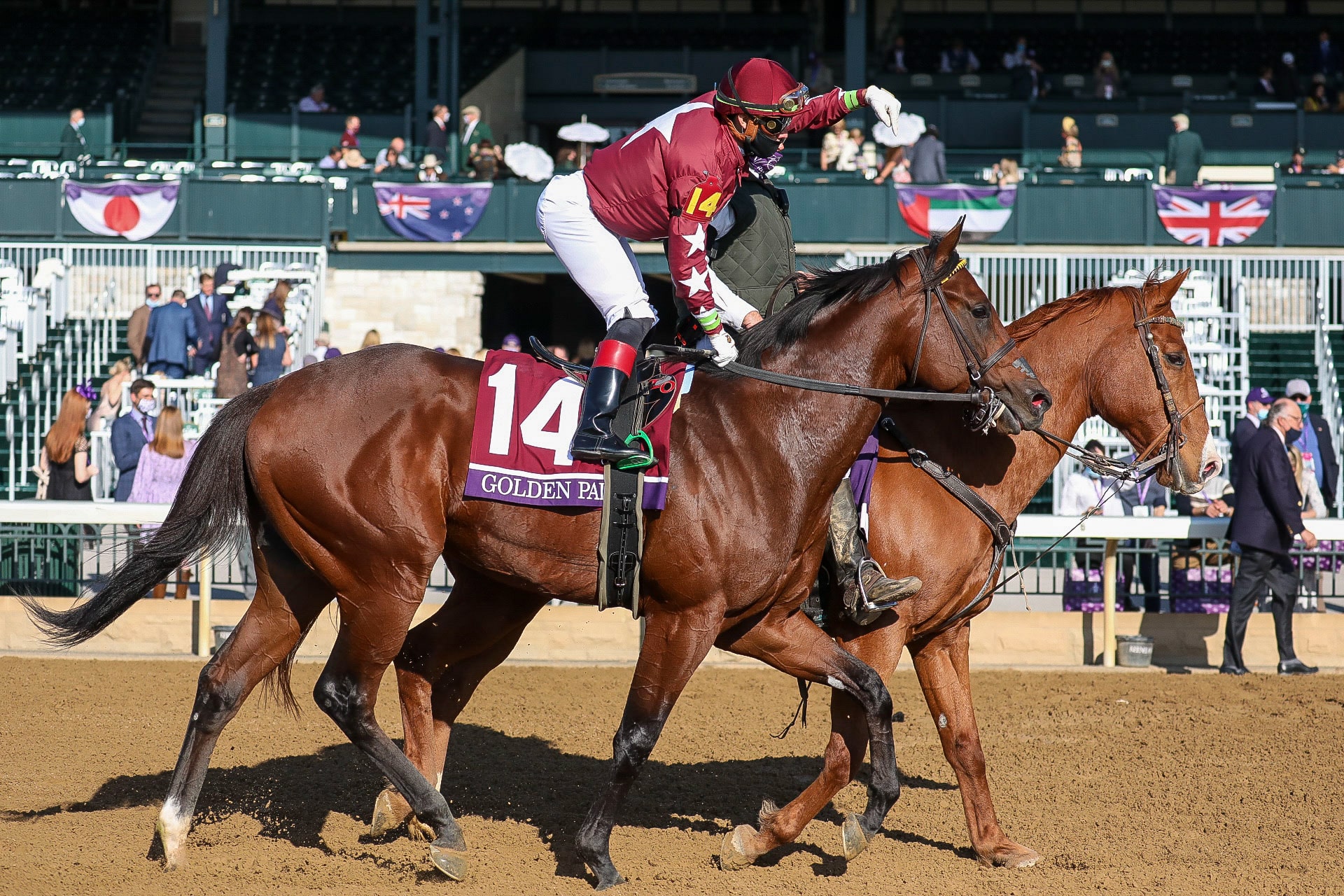 Royal Ascot is one of the biggest weeks in the British horse racing calendar. Every race is being broadcast live on NBC Sports, with the action from Tuesday to Friday being shown on Peacock and the final day on Saturday available on both Peacock and NBC.

Elite horses from across Europe and worldwide stables will gather to contest 5 days of great racing at the famous track, with a number of American contenders set to line up.

Here at Pickswise we will be providing free picks and predictions for every single race. The very first race features one of European racing’s superstars, Baeed, and America has a major contender for the day’s big sprint in Golden Pal, so let’s see how our experts see the opening day’s racing going. Odds shown are for information only.

The opening race of the 2022 Royal Ascot meeting is not the most competitive betting contest, with favorite BAEED having odds of as short as -600, but it’s for a very good reason. He quickly became a star miler last year and his reputation only grew with his first run of 2022  in the Lockinge Stakes as he easily won the Group 1 race at Newbury. Of his rivals, Real World finished 3 1/4 lengths behind at Newbury, but can have high hopes of another 2nd place to the favorite. Chindit, who finished 3rd in the Lockinge, could even make it a repeat 1-2-3 finish.

The Coventry Stakes is the first big 2-year-old race of the meeting, over 6 furlongs. This race can produce some surprise winners, but this year’s key contenders look solid, and PERSIAN FORCE is our pick. His sire, Mehmas, was 2nd in this race and he has impressed in winning both his starts. His trainer Richard Hannon won this in 2009 with the brilliant Canford Cliffs. Blackbeard represents the powerful Irish stable of Aidan O’Brien and he made an eye-catching debut at the Curragh. Bigger-priced horses with hopes include Rousing Encore, Harry Time and Scholarship. There’s an American runner in this race, with the barn of George R Arnold II sending out the Munnings colt Late September, the winner of a maiden special weight contest at Churchill Downs last month. He has early odds of 40/1 to upset the locals.

The world’s top sprinters, Nature Strip from Australia and American hope Golden Pal are set to clash in what could be an epic Group 1 King’s Stand Stakes. Ascot is is not an easy track for a front-running sprinter and Golden Pal may not be able to blow away Nature Strip, which has more flexibility as regards riding tactics. Golden Pal’s trainer, Wesley Ward, said, “He’s been beaten twice in England, but I’m excited to have another try. He’s very special, he’s very quick out of the gates and just keeps going.” There are dangers to the big two, as well, and MAN OF PROMISE looked a star when winning at Meydan in March. King’s Lynn should improve a fair bit on last year’s unlucky 7th place and Twilight Calls is another with an outside chance.

MY PROSPERO and stablemate Maljoom have value as alternatives to the short-odds favorite Coroebus, who won England’s 2,000 Guineas but will be running away from the Newmarket track for the first time. Mighty Ulysses is another improving colt to consider.

The marathon 2 miles 4 furlong Ascot Stakes is the kind of race you don’t see on American tracks. Irish jump racing trainer Willie Mullins has specialized in winning this event, and runs Bring On The Night, while his usual Cheltenham Festival rival Gordon Elliott is bidding to emulate him with Pied Piper. Another Irish challenger of interest is ARCADIAN SUNRISE, who could relish the extra distance of this ultimate stamina test. Make My Day, Golden Flame and last year’s winner Reshoun are also worth considering.

This looks a wide open 10-furlong race and last year’s winner JUAN ELCANO has a strong chance of going back-to-back. Foxes Tales finished ahead of him at Sandown in April and looks a threat if he’s not hampered by his outside draw. Tasman Bay, Harrovian and the filly Aristia can also be considered.

The final-race favorite Cleveland could be a popular pick for US-based bettors (maybe not in Pittsburgh or Baltimore…) and Aidan O’Brien’s representative made a big step forward when winning the Chester Cup. Last year’s Queen’s Vase third STOWELL has not been suited by slow-paced 12-furlong races this season but should be suited by the longer distance of this 1m 6f race. Okita Soushi and Juan De Montalban are other notable contenders.