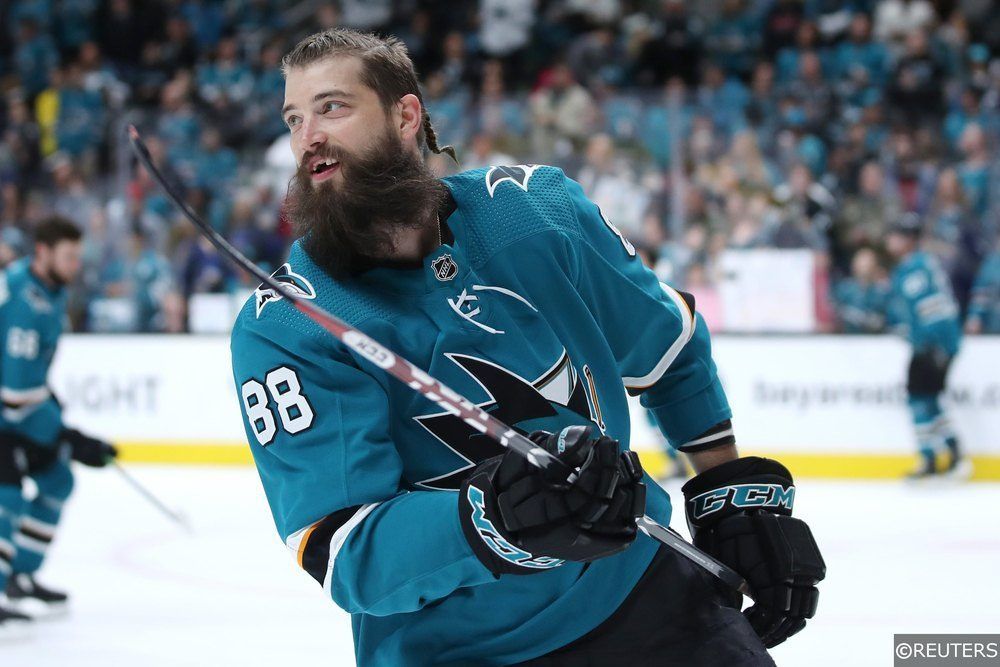 The 2018-19 San Jose Sharks finished the regular season with a record of 46-27-9 with 101 points. San Jose had the 2nd best record in the Western Conference and the 2nd best record in the Pacific Division. The Sharks made it to the Western Conference Finals before being eliminated by the St. Louis Blues 2-4. The key pieces that surrounded last year’s team will be back this season, so another strong season for San Jose is expected again this year.

The San Jose Sharks finished as the 3rd highest scoring team on a goal per game average of 3.40. They also were the 6th highest power-play goal per game team with 0.68 and had the 11th highest power-play chance per game average at 3.00. Brent Burns led the team in points and assists with 83 points and 67 assists. Joe Pavelski led the team in goals with 38. Burns and Pavelski will return this season for the Sharks as will they 2nd and 3rd highest goal scorers for the team in Tomas Hertl and Evander Kane. San Jose didn’t need to make any changes to one of the best scoring teams in the NHL, so they remained pat signing Erik Karlsson to an extension instead.

As good as the Sharks were scoring goals last season the defense was lacking. The Sharks allowed the 10th most goals in the NHL last season at 3.21. Martin Jones who started the majority of the games for the Sharks last season finished the regular season with a record of 36-19-5 while recording five shutouts and had a save percentage of 0.896. Jones saw an average of around 28.71 shots per game which was the 3rd fewest in the league last season. The Sharks will keep Martin Jones at the net again this season and didn’t address any defensive needs in the offseason so they will likely remain one of the teams that are around the lead in the NHL for most goals allowed per game.

The San Jose Sharks finished the 2018-19 regular season with 101 points which were the 2nd most in the Western Conference. San Jose had a successful season, to say the least making it to the Western Conference Finals before falling to the eventual Stanley Cup Champion, St. Louis Blues, 2-4. This season they will remain as one of the best teams not only in the conference but in the NHL with a potent scoring team.

Their defense may be lacking, and they only outscored teams last year 3.40 to 3.21, but I like what San Jose’s brings to the table this season. The Sharks bring back all five of their top five goal scorers from last season in Joe Pavelski, Tomas Hertl, Evander Kand, Timo Meier, and Logan Couture. They will remain one of the league’s top-scoring teams once again. The defense allowed the 10th most goals in the league last season at 3.21, but Erik Karlsson is one of the best defensemen in the NHL if Martin Jones can improve upon his save percentage of 0.896 from the previous season then the Sharks could be one of the elites in the NHL again this season.

For a team that scored 101 points last season and bringing back a defense that allowed the 3rd fewest shots on goal and scored the 6th most goals on a per-game average, they should surpass the 94.5 points that Vegas has set the proposition at this season.

The San Jose Sharks finished in 2nd place in the Pacific Division last season only behind the Vegas Golden Knights who they trailed by six points for the divisional lead. This season Vegas has them listed as the team with the 3rd best odds to win the division behind the Golden Knights and Flames at 9/2.

They bring back their key pieces from last year’s Western Conference Finals team including the top five scorers and bring back Erik Karlsson, who is one of the best defensemen in the NHL. The goalie is their weakness, and they didn’t address that need in the offseason. Jones is an adequate starter. However, even with seeing the 3rd fewest shots on goals last year, he allowed the 10th most in the NHL. Still, even with that being the case the Sharks are near the top of the Pacific Division, and they were able to knock off the Golden Knights in the 1st round of the playoffs last season and went 2-2 against the Golden Knights during the regular season.

Vegas is arguably the best team in the division, but the rivalry between these two teams was close last season, and I look for that to be the case this year making the 9/2 odds to win the division too good to pass up.

For a team that brings back the core from a season in which they finished with the 2nd best record in the Western Conference and making it to the Western Conference Finals, the Sharks are getting very little respect. Vegas has them listed as 12:1 to win the conference this season which is the 7th best odds in the NHL and on the verge of not even making the playoffs.

I disagree with Vegas on that though. The Sharks are a superior team in the Western Conference and bring back their core group from last year. They have the offensive firepower to score goals on any goalie in the NHL. Their goalie isn’t the best are even above average after allowing 3.21 goals per game and only seeing the 3rd fewest shots on goal last season is a weakness for San Jose this season. Still, they have proven they can beat anyone in the conference and had a strong playoff showing. It isn’t a bad bet to take them at 12/1 to win the Western Conference, but I am not willing to make that kind of commitment to a team that needs a better goalie behind them.

San Jose finished one round short of playing in the Stanley Cup Finals last season falling to the eventual Stanley Cup Champion, St. Louis Blues, in the Western Conference Finals 2-4. This season they bring back the majority of the team that was one of the best last year. There are quite a few teams that you can consider better teams than the Sharks including the Tampa Bay Lightning, Toronto Maple Leafs and St. Louis Blues which is why I would not back the Sharks to win the Stanley Cup this season.