Take the over on Tua Tagovailoa's draft slot 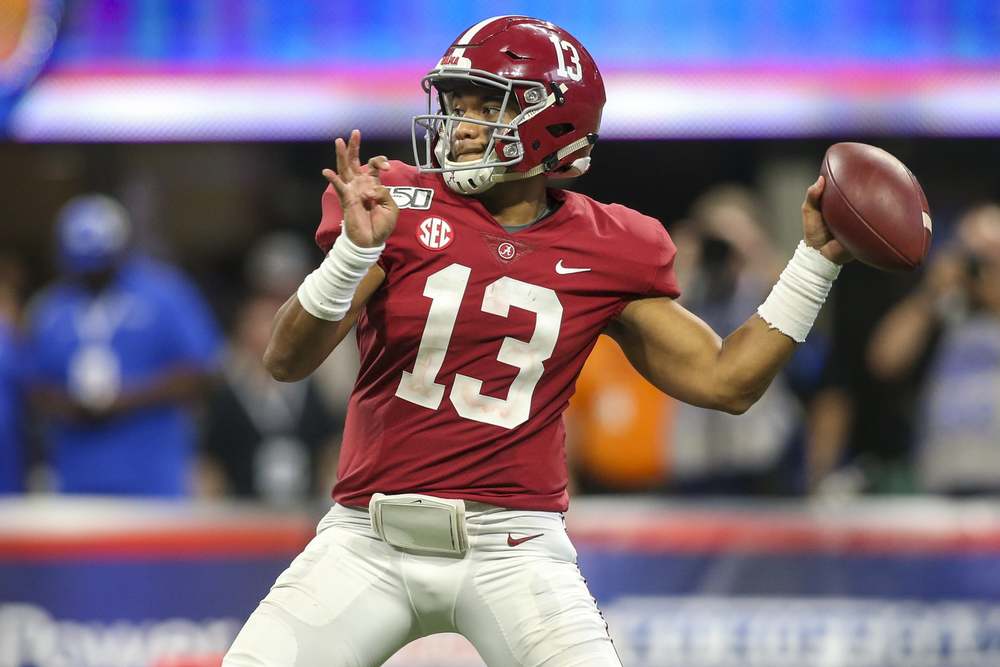 With sports leagues across the world shut down due to the ongoing COVID-19 pandemic, the next major event for fans, and bettors, to pay attention to is the NFL draft. Fortunately the draft is just a couple of weeks away, and there are plenty of opportunities for value. Today we’ll be taking a look at one of the best bets on the board, which is the over on Tua Tagovailoa.

A lot hinges on what the Lions do at number three. There has been a lot of speculation that a team could trade up with Detroit in order to nab Tagovailoa with the third pick, but I don’t see that happening. Detroit desperately needs to revamp their defense, and after shipping out top corner Darius Slay this offseason they need a new anchor in their secondary.

They’ve been linked heavily to Ohio State corner Jeff Okudah, and I think that’s ultimately what they end up doing. Not just out of the desire for Okudah, but out of necessity, because I don’t think trade suitors are going to be beating down their door. The Dolphins have been the team talked about in connection with Tagovailoa for over a year now, but all the recent reporting indicated Miami isn’t as high on him as people thought.

Armando Salguero of the Miami Herald recently reported that the Dolphins have concerns about Tagovailoa’s hip, and that Oregon quarterback Justin Herbert has fans in the organization. Bleacher Report’s top draft guy Matt Miller recently confirmed that many in the building prefer Herbert, so I think the Dolphins will be content to stay at five and not give up additional resources to take Tagovailoa at three.

NFL Network analyst Daniel Jeremiah, who is one of the most plugged in reporters in draft circles and routinely has one of the most accurate mock drafts, has Tagovailoa falling to sixth in his latest mock.

The first two picks seem out of the question, and the third seems like a serious stretch. There’s no evidence right now that any team is desperate to move up for Tagovailoa, and the Alabama product could end up falling significantly further than most anticipate. The hip issue which has been hand-waved away by most media is still a very real concern for teams. Hammer the over on this prop.