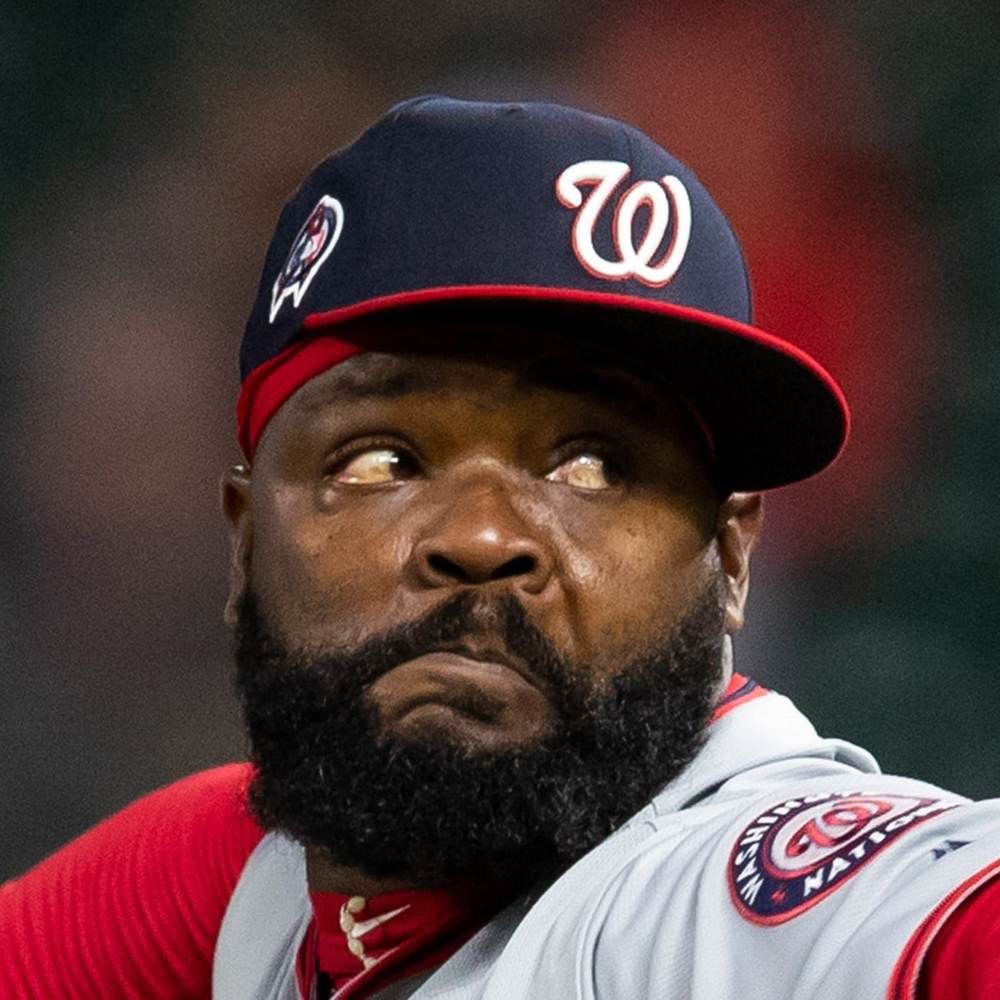 Fernando Rodney, one of the most interesting men in baseball, is coming back for his 18th season in the Show, which will be his age-43 campaign. He has pitched for 11 different clubs, made upwards of $50MM, and has been named to three All-Star teams. And, in 2019, he was finally in the right place at the right time, earning a World Series ring with the Nationals.

That might be enough for most people, but Rodney is decidedly not like most people. He wants to continue his playing career, and luckily for him, there are at least four teams interested in his services, according to Jon Heyman of MLB Network (via Twitter).

At this point, it’s unclear who those teams are, but we can offer a reasonable guess. Of course, rebuilding clubs wouldn’t have interest in a 43-year-old reliever, so only contenders, or teams that believe they can be contenders, are likely to give Rodney a look.

The Reds profile as one such team. Cincinnati’s bullpen ERA was 4.28 in 2019, good for 13th in the league, but perhaps not good enough to contend in a solid NL Central. The Reds have added to their starting rotation by signing Wade Miley and acquired a big bat in the form of Mike Moustakas, but the only relievers they have brought on board came via minor-league pacts (though trade acquisitions Jordan Shafer and Jose De Leon could yield dividends). Raisel Iglesias had some hiccups in 2019, but if he can return to the form he displayed in the 2016-18 seasons, the Reds will be in good shape in the ninth inning. Rodney, though, would represent another talented right-handed arm to go along with Michael Lorenzen in the back end of the ‘pen.

The Athletics may be hesitant to take a ride on the Rodney coaster in 2020, because Rodney’s 2019 stint with the club did not go so well. He was lit up for a 9.42 ERA in 14.1 innings before being designated for assignment, but he stabilized things with a 4.05 ERA (114 ERA+) for the Nationals over 33.1 innings with the world champs. Liam Hendriks was excellent after being promoted to the closer role in 2019, but the A’s bullpen is otherwise mediocre, and they haven’t done anything to improve it (unless one believes non-tendering Blake Treinen qualifies as addition by subtraction). A reunion with Rodney could therefore make some sense.

The Nationals’ bullpen was nearly their undoing in 2019, though they did sign Will Harris this offseason to help shore things up. Still, Washington’s 5.68 bullpen ERA last season was better than only one team, Baltimore, so adding another experienced arm or two couldn’t hurt.

The Dodgers coasted to the NL West title in 2019 on the strength of 106 wins, and they don’t have a ton of weaknesses. Their two free agent bullpen additions – Jimmy Nelson and the aforementioned Treinen – are basically lottery tickets, and they might take a flier on Rodney to see if he can be a late-inning bridge to Kenley Jansen.

So are the Reds, A’s, Nationals, and Dodgers the four teams that have reportedly expressed interest in Rodney? Maybe. But all could be contenders in 2020, and all could potentially use a pitcher like Rodney, whose 11.0% swinging-strike rate, 9.3 K/9 strikeout rate, and 49.6% groundball rate from 2019 look pretty intriguing. Of course, if those numbers didn’t come with some caveats – namely a 5.3 BB/9 rate and a great deal of hard contact allowed – he wouldn’t still be on the market, despite his advanced age. But there is no reason to think he can’t continue to be a useful arm next season, so it wouldn’t be surprising to see him ink a modest one-year pact in the coming weeks.

For his career, the Dominican native has piled up 933 innings of 3.80 ERA ball to go along with 327 saves, the third-highest amount among active players. His best season came in 2012, when he posted an outrageous 0.60 ERA over 74.2 innings of work with the Rays. He received his first All-Star nod and placed fifth in Cy Young voting that year.