The British Open 2021: Royal St. George's course guide for the fourth golf major of the year 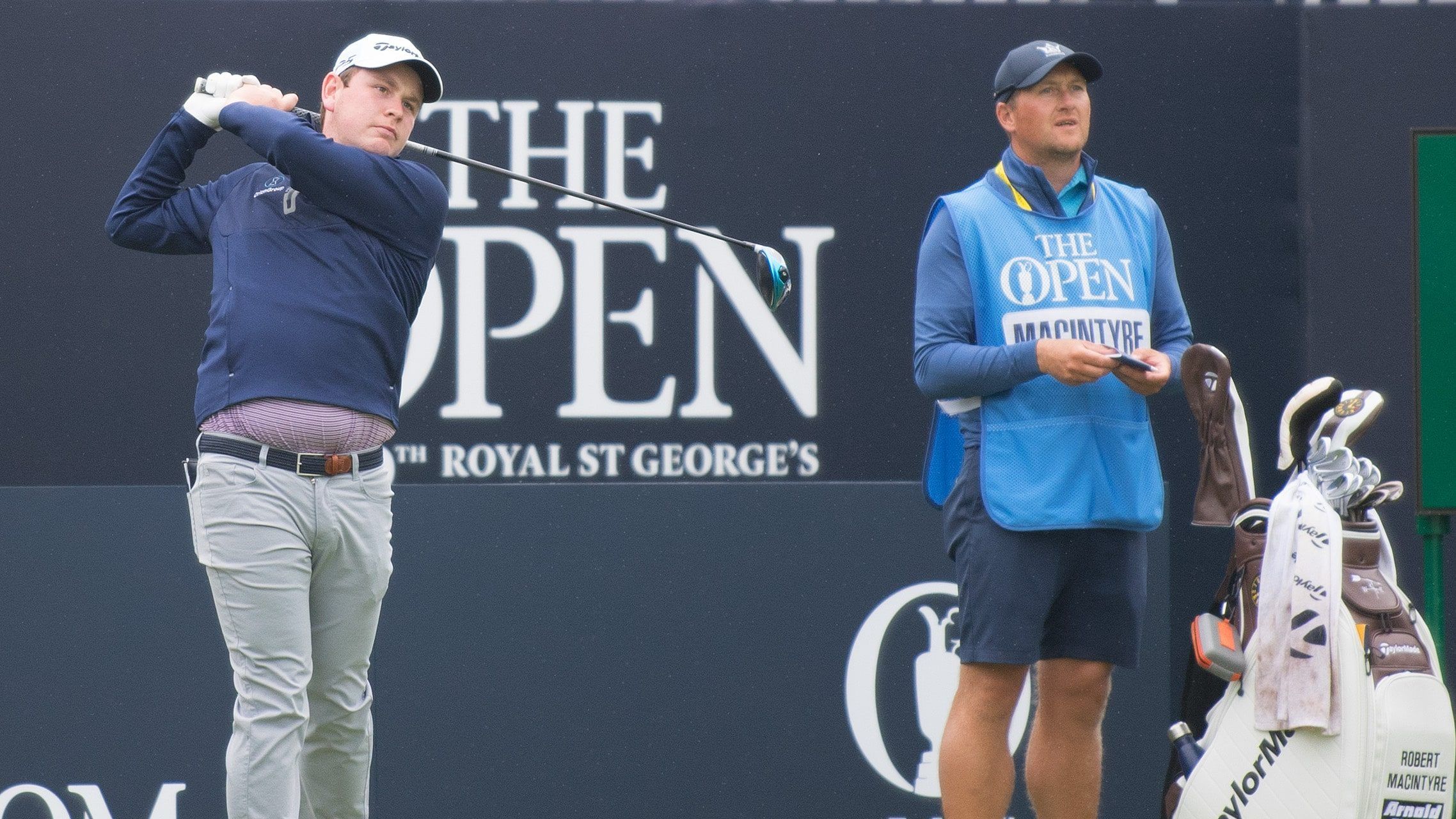 Journalist since 1994, having previously working at BBC Sport before joining the Racing Post in 2006. A specialist in football and golf betting. A keen runner who presents the top-10 weekly running podcast, The Long Run.
Updated: 12:15 PM ET July 13, 2021

Royal St. George’s is hosting the British Open golf tournament for the 15th time this week. The English venue in Sandwich, Kent, was last used for the Open a decade ago, when Northern Ireland’s Darren Clarke finished three shots ahead of American stars Phil Mickelson and Dustin Johnson.

St. George’s is an undulating course with plenty of dunes and nasty bunkers — approaches that just miss the green can spell big trouble.

Let’s take a look at each hole on the course:

This is a challenging opening hole. Bunkers lie in wait for wayward approaches and the green slopes from front to back.

The Hogsback doglegs from right to left with two bunkers lurking on the inside corner. A straightforward approach awaits but finding the front of the green is preferable as it leads to an uphill putt.

The first priority is to avoid the huge Himalayan bunker, but the problems are not all over if players can find the flat area of the fairway. Club selection will be crucial as overshooting the green brings the risk of going out of bounds on one of the course’s most difficult tests.

Players will face the choice of which side of the split fairway to attack, but most of the trouble can be negotiated by a hefty drive of more than 300 yards. However, an iron down the right could prove to be the more sensible approach from which to attack the unexposed green.

Four bunkers surround the green with a dune on the left a prominent feature on the second par-three hole. Tom Watson recorded a hole-in-one here during his second round ten years ago.

Players face a blind tee shot on the first of the course’s two par fives. Three steep greenside bunkers can gobble up any errant approaches but plenty of birdies and even eagles will be anticipated.

Players must go left from the tee to avoid two bunkers, and approaches will have to be accurate to avoid some nasty rough. The contoured green is protected by two bunkers at the front and a par is always a decent score.

The second shot is key as anything that heads too far left risks finding one of two bunkers. It’s an undulating putting surface, so the right level will have to be found depending on the pin position. 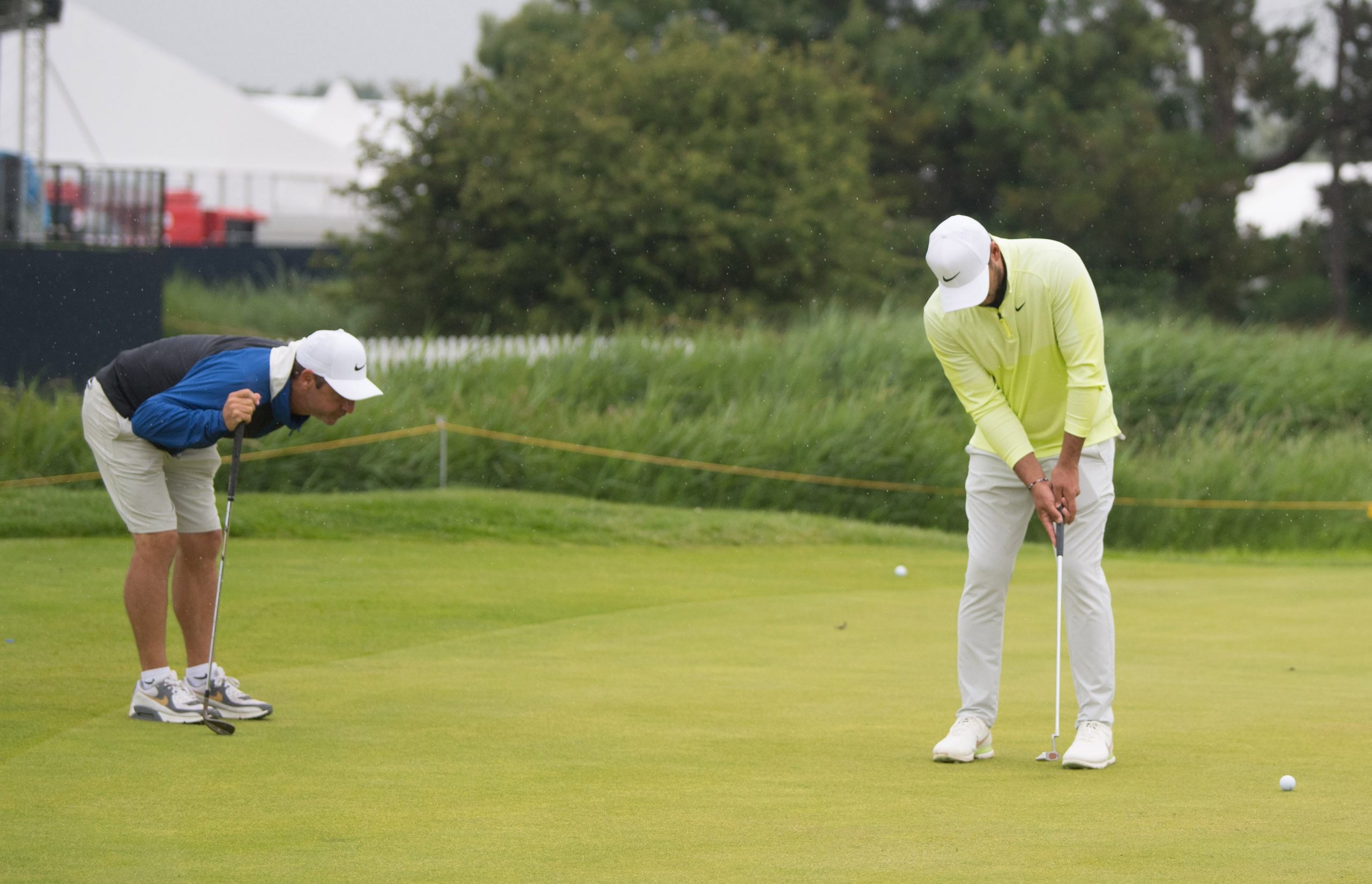 Again the emphasis will be on the quality of the approach as the elevated green slopes from all sides. The green has been brought forward over the years but precision with the second shot will be of primary importance.

This long par-three hole can cause problems, particularly if the wind picks up. There are five bunkers around the green but the three on the left are more likely to come into play as the green slopes in that direction.

There are a few issues here with five bunkers at the front of the green and a ridge running across the fairway, but this is the shortest par four on the course which means top players can use an iron off the tee and still have a lofted club for their approach. It should prove relatively trouble-free.

An accurate drive will be essential to avoid one of four dangerous bunkers. A ridge runs down the length of the putting surface, so being the correct side of that will be the key consideration when approaching the green.

The second and final par five is not the typical birdie opportunity players may anticipate, mainly because the wind can prove a huge factor. There is out-of-bounds running from tee to green down the right, and most of the trouble is in that direction. Avoid that and the most pressing concern could be the ditch 330 yards from the back tee.

Plenty of sand has to be avoided, with five bunkers in play off the tee and three more around the green on this long par four. A challenging pitch awaits those who miss the green to the left.

The green is surrounded by pot bunkers, which have to be avoided at all costs. Even if you get out, there is a chance that the ball can come rolling back into the trap, so finding the green initially is vital.

The fairway has plenty of humps but the approach is the most important element of the gentle dogleg. The false-fronted green lies in wait for anything a bit short while players who go long face a difficult up-and-down. Bunkers await errant second shots on both sides.

This is a tough one to close the round. The approach is never easy with a shallow ditch to the left of the green, from which an up and down is not guaranteed. And that’s after players have had to negotiate two tricky fairway bunkers. Expect some dramatic last-hole changes to the scoreboard.

Check out our best British Open picks for your daily fantasy contest!

Pickswise is the home of free expert Golf Picks and Predictions. Our outright PGA expert picks go live every Tuesday, so be sure check out our golf picks, best bets, and analysis for the British Open when they are published. We will also have our 2021 British Open 3-ball picks and our best golf prop bets for each round of the 2021 British Open.