The Jets are the best bet to win the AFC East 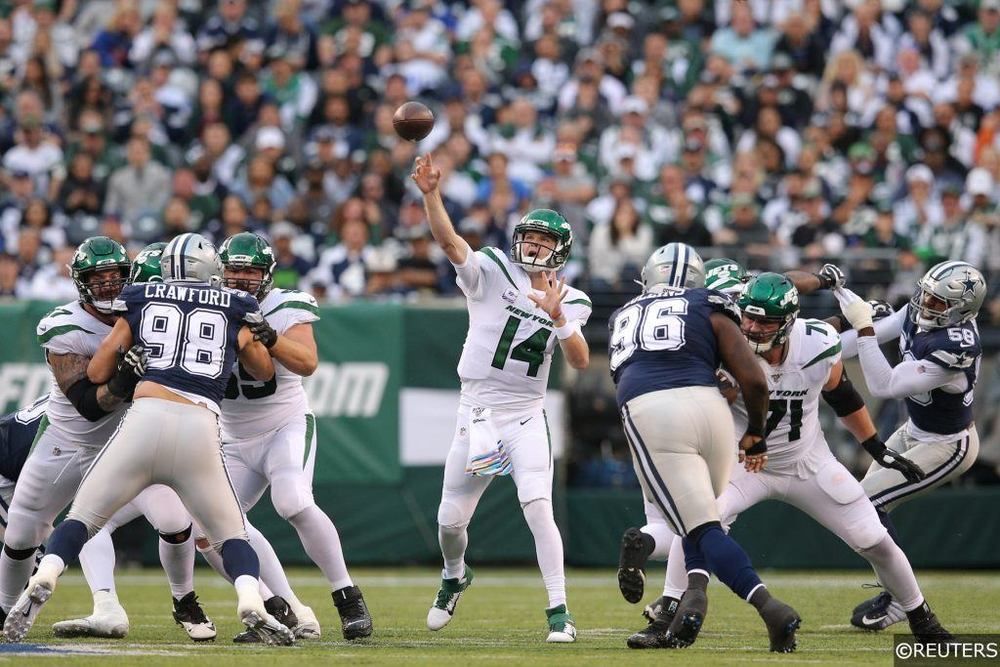 I'm an NFL handicapper here at Pickswise who was raised in a household full of sports fanatics. Since I unfortunately never had LeBron James' jumping ability I wasn't able to make it to the NBA, and chose writing about sports as the next best thing. An avid sports bettor myself, I'm excited to get to write about the industry as it gets set to take off across the country. Buckle up.
Published: 2:33 AM ET March 19, 2020

The AFC East has changed dramatically in the past 48 hours, and that’s a massive understatement. Tom Brady and the New England Patriots have dominated the division for the past two decades, never coming close to relinquishing their grip. But Brady is gone now, and the rest of the teams have to be smelling blood in the water. New England has won the division 16 of the last 17 years, but there is finally an opening for the Miami Dolphins, New York Jets, and Buffalo Bills.

It’s unclear who the Patriots will have a quarterback next year, but oddsmakers still have them as a modest favorite to win the division. DraftKings has them at +100, the Bills at +160, the Jets at +750, and the Dolphins at +900. Let’s dive in and take a quick run through each team’s case:

New England remains the favorite, although it’s expected to be much closer than any time in recent memory. While their quarterback situation is a bit unclear, they’ve still got Bill Belichick as their head coach. Unfortunately, that’s about all they have going for them at the moment. Not only did they lose Brady but they’ve seen a bit of an exodus on defense as well, with key guys like Kyle Van Noy and Jamie Collins walking in free agency. They have added virtually nobody, and they have arguably the worst skill-position group in the league.

Their top receiver is an aging Julian Edelman, and they don’t have many proven options behind him. With Rob Gronkowski retired, they have nothing at tight end. The defense carried them last season, but they’re due for some regression on that side of the ball, and they didn’t play nearly as well down the stretch when their schedule got a little tougher and they had to play real offenses.

Buffalo has a lot to be excited about. Not only did they make the playoffs last year, but they very nearly won on the road against the Texans in the first round before losing in overtime. They made a huge splash earlier this week by trading a first-round pick and some other selections for receiver Stefon Diggs. It’s nice that Josh Allen has a shiny new weapon to throw too, but unfortunately Allen simply didn’t get that much better as a passer last year.

He was still erratic to put it kindly and while he has plenty of upside, it’s fair to question whether or not he will ever be able to harness it consistently. The defense has plenty of talent, but this team is going to live and die by Allen. That’s a risky proposition.

The Jets had a rough year last season. Adam Gase caught a lot of flak in the media, but when you dig into it things weren’t nearly as bad as they seem. New York struggled mightily early on but that was because quarterback Sam Darnold was sidelined with mono, and they quietly played really well down the stretch, winning six of their last eight games. Darnold was still only 22 for the entire season and was playing with a new head coach, so there are plenty of reasons to expect him to take a big step forward in 2020. They’ve got some talent on defense and helped shore up the offensive line with the signing of Connor McGovern. If Darnold progresses like many expect, this team could surprise some people.

Then there’s the Dolphins. Miami actually managed to outperform expectations last year, but that’s only because expectations were so low. They’ve been active in free agency and have been doling out big contracts to guys like cornerback Byron Jones and the aforementioned Van Noy. They have added a handful of other guys on both sides of the ball, but will it really be enough to win the division? I’m skeptical. Ryan Fitzpatrick is still atop the depth chart at quarterback, and that’s not going to cut it. They also still have major question marks at receiver and along the offensive line.

So what is the best bet here? I think it’s the Jets. There is enough uncertainty at the top to like one of the longshots, and there’s no way I can bet Miami with their rebuild still very much in progress. Nobody seemed to notice but the Jets went 6-2 in the second half of last season, and they should only get better in Darnold’s first full season in Gase’s system. New York at 7.5/1 has some value. 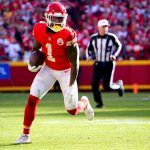