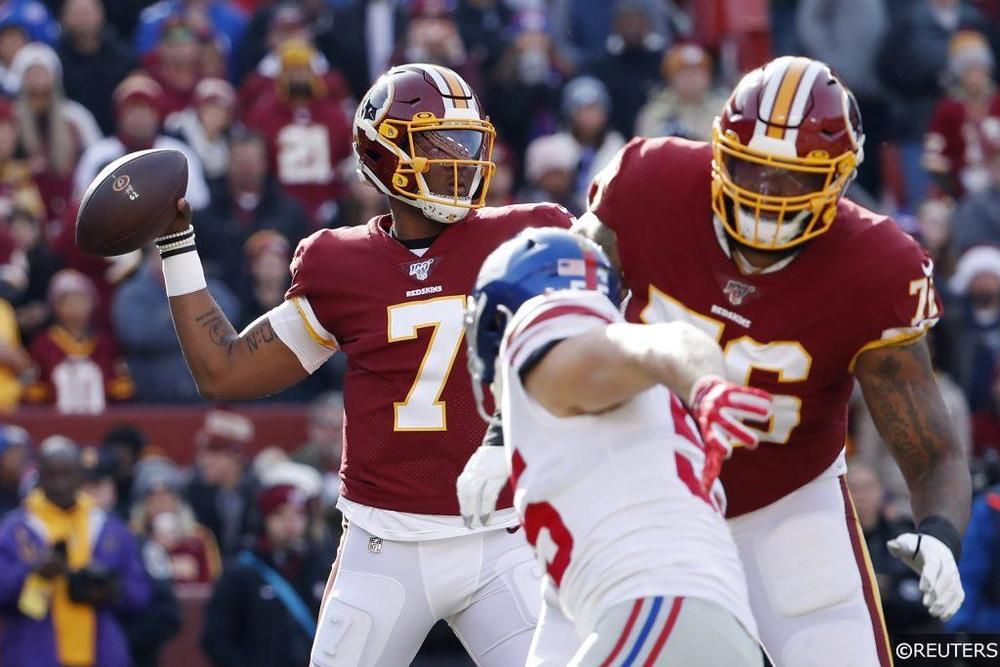 The Washington Redskins have been one of the most dysfunctional organizations in sports in recent years, and that’s pretty much undisputed. While things have been bleak at FedEx Field, there may finally be some reasons for optimism after a long-awaited transition of power.

Things got so bad last season that fans would regularly break out in deafening ‘sell the team’ chants directed at owner Dan Snyder. Snyder of course has no plans to sell, but he did give fans the next best thing by finally firing universally reviled team president Bruce Allen.

Allen wasn’t the only one who got the boot, as head coach Jay Gruden was also shown the door. The complete overhauls of the front office and coaching staff were long overdue, and fortunately Snyder actually made a competent hire to replace Gruden by bringing in Ron Rivera.

Rivera is a coach who has always been beloved by his players, and he led Carolina to the Super Bowl just a few years ago. Current Redskins players like safety Landon Collins can barely contain their excitement about the changes, raving about the hires to the media.

If there’s anyone who can turn around the abysmal culture in Washington, it’s Rivera. When you dig into the actual roster, it’s not nearly as bad as many would have you believe. The defense is loaded with talent at all three levels, particularly upfront. They already had an imposing defensive line with young former first-round picks like Montez Sweat, Jonathan Allen, and Daron Payne, and then they drafted Chase Young second overall in April.

There’s incredible upside on the defensive line now, and they’ll be hard to block. All four of those guys are 25 or younger, so the future is bright on defense.

As for the offense, second-year pro Dwayne Haskins is a virtual lock to start at quarterback, and he showed some major flashes down the stretch of his rookie season. His weapons are far from ideal, but the cupboard isn’t completely bare. Second-year wideout Terry McLaurin racked up 919 yards and seven touchdowns in only 14 games as a rookie, and looks like a star in the making.

Washington also drafted Antonio Gibson 66th overall out of Memphis, who should be a great target for Haskins. Running back Derrius Guice should be ready to take over the backfield, and Adrian Peterson is still there just in case he isn’t.

When you throw in the fact that the NFC East was the worst division in football last year, Washington could make some noise and shock everybody. They certainly can out-pace the Giants if nothing else. Oddsmakers have their win total at five, so obviously expectations aren’t too high.

Regardless of what happens in 2020, things are finally looking up long-term. Redskins fans have a lot to be excited about for the first time in a while, and it isn’t even June yet.