The Safety of NASCAR in Question? Ryan Newman Update 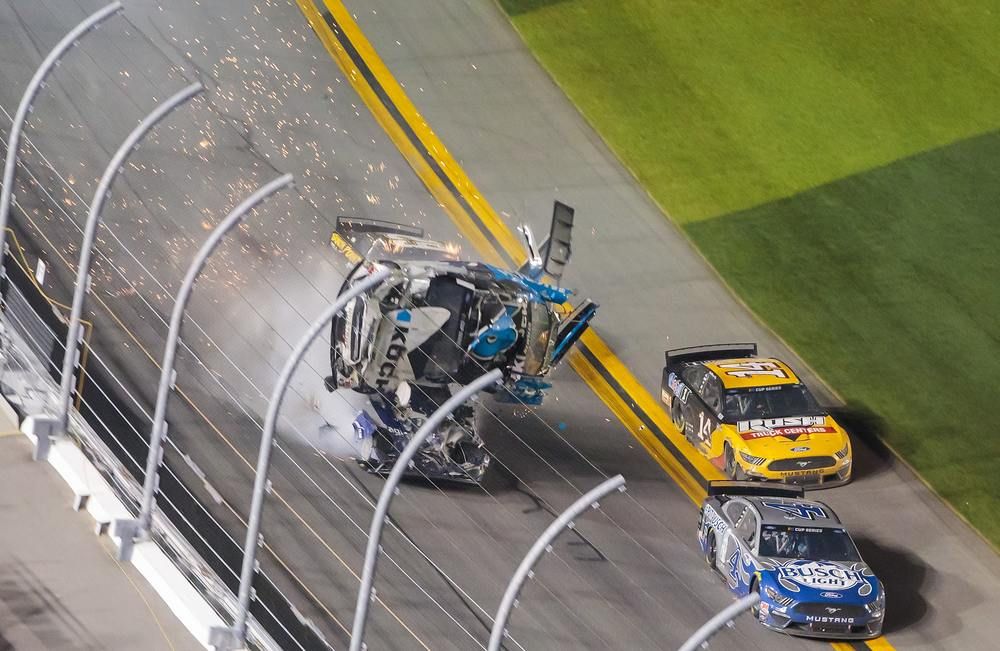 Last Sunday was meant to be the biggest NASCAR event of the season. Rain pushed the Great American Race to Monday afternoon. Monday night racing’s best sure put on a show. A couple of big wrecks made the final laps that much more interesting. Ryan Newman looked set to win his second Daytona 500 title, but that all changed mere feet from the finish line as he lost control of the car and was sent up into the wall. The rest was quite a disturbing scene to viewers everywhere. That crash questions the Safety of NASCAR in a big way.

Advancement of Safety across the Sport and Update on Ryan

Many feared the worst, as the Cup Series hasn’t lost a driver since that fateful February day back in 2001. Since Dale Earnhardt’s death, there have been a number of safety measures implemented across all of NASCAR. The Hans device might have saved Earnhardt back then. Today Ryan Newman is fortunate to be alive. According to CBS Sports Newman was released from the hospital. Not only that his race team Roush Fenway Racing shared images showing him walking with his daughters from the hospital.

Safer Barrier, the Hans device, even the bar in the roll cage of the car, that was created due to another major crash played their part in keeping Ryan alive. Newman a 19-year veteran driver in the Cup Series has been apart of plenty of huge wrecks during his career. This was by far a scary moment for viewers.

Looking Ahead to Las Vegas

Denny Hamlin winning his third Daytona 500, shouldn’t be ignored but the whole NASCAR world was shaken by the Newman crash. All the drivers are built to overcome, and that’s what they will all do as NASCAR visits the Las Vegas Motor Speedway. Though Newman won’t be behind the number six car on Sunday, Ross Chastain will pilot the car in his absence. It will feel a little weird without Ryan but the Pennzoil 400 (check our expert picks) should be an exciting race.