HomeAnalysisCollege Football AnalysisTop Under the Radar Bowl Games to Watch

Top Under the Radar Bowl Games to Watch 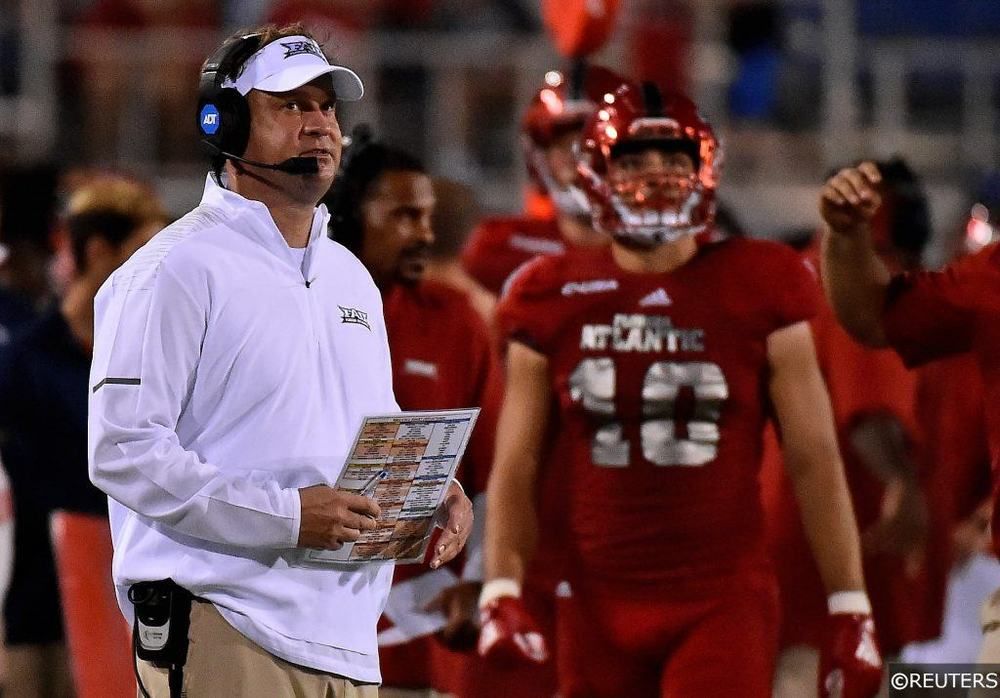 Most of the Bowl Season focus will definitely be on the 2019 College Football Playoffs and maybe even the other major bowls, but that doesn’t take away the importance of some of the many bowl games on the schedule. The bowl slate this season features many games of value, but we have seen plenty of talk about the Rose Bowl, and others like that, but Pickswise College Football Picks aren’t just here for the Big Bowl Games later this month. There are plenty of lower-tiered games full of intriguing, and not to mention interesting match-ups. Pickswise provides a look at some of the Top Under the Radar Bowl Games to Watch.

The Mustangs have had quite the resurgence under Sonny Dykes and now their high scoring offense will take on the C-USA champions Florida Atlantic in Boca, which is pretty much a home game for the Owls. SMU ranks sixth in the nation in scoring with an average of 43 points per game.  Lane Kiffin has taken the Ole Miss job, so the Owls will be without their leader, but they should still be capable of making this a high scoring match-up since FAU averages 35.2 points per game. The over total looks quite favorable in the Boca Raton Bowl.

In what used to be a yearly match-up when the Aggies were still in the Big 12, this year’s match-up will have plenty of intriguing as Texas A&M’s defense must find a way to slow down the Cowboys Chuba Hubbard who has been an exciting player to watch all season, not to mention one of the best running backs in college football. Oklahoma State has won each of the last four meetings, which team wants it more?

Well, this year’s Cheez-It Bowl should be far different from the TCU-CAL clash from last season.  That game featured nine interceptions, and the Horned Frogs were able to sneak out a 10-7 victory. Now we get the Falcons who run the ball 57.2 times a game against the Cougars 55.7 pass attempts a game. That has weird spelled out all over it. Who will be able to slow the other down? It’s going to be crazy, but the Cheeze-It Bowl is the perfect setting for this match-up to take place.

The Battle for the Bell finally takes place, except it isn’t as the fierce Louisiana rivals square-off in the Armed Forces Bowl in Fort Worth. These teams have faced-off since 2009. Why not also have the Bell on the line. It is only ironic that these pairs of teams get the opportunity to face each other. The Armed Forces Bowl Trophy is the only hardware on the line, as the Bell is up for grabs. Talk about ultimate bragging rights.

Your probably thinking, oh Florida State was still good enough to be in a bowl game. A 6-6 record doesn’t seem like a record Seminoles would be happy about, but the future of the program could use the boost of a win in this bowl match-up. Herm Edwards has led the Sun Devils to a pretty strong run so far in his two seasons in Tempe, and it only looks up from here. The Noles and Sun Devils both sit in a spot with a win gives them a boost towards next season, but a loss makes the future fuzzy for either program. Not many eyes will flock to see this game, but College football seems a bit off when Florida State isn’t playing at a level expected throughout the country.