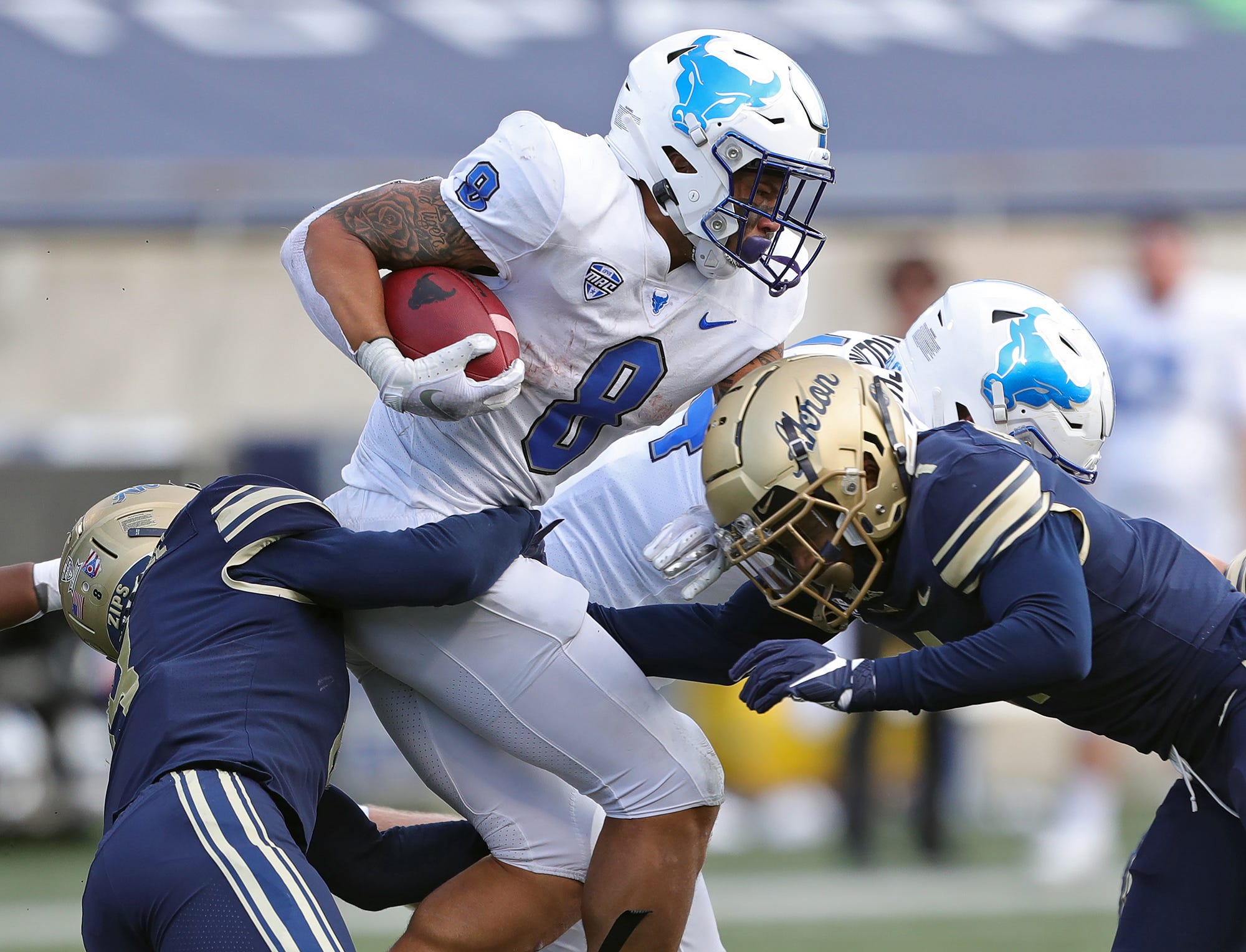 Getting football on Tuesdays is a treat, and we might as well make the most of this MACtion. Why not celebrate the fun by going for a big payday? That’s right; we’re back with another mega parlay, Tuesday night MACtion edition. I’ve had a ton of success with these mega parlays, and even hit one at 74/1 in the NFL last year.

We’re going big and bold again, so let’s not waste any more time. But before we dive in, don’t forget to check out our picks for the side and total on every big college football game this weekend.

To start this mega parlay we’ve got Buffalo on the money line. The Bulls have been up and down, but they’re exactly the type of team that’s well-equipped to pull an upset. That’s because they’ve got the offensive upside to keep up with anybody. Buffalo is averaging 38.5 points per game over their last 4 contests, and they’ve had success with both Kyle Vantrease and Matt Myers under center.

That’s in large part thanks to junior running back Dylan McDuffie, who has rushed for 417 yards over his past 3 games. Getting better than 2/1 with this offense is too good to pass up, and it’s not like Miami (OH) has been particularly impressive. The Redhawks are just 4-5, and none of their wins have been anything to write home about.

Akron is somewhat of a MAC bottom-feeder, but this spread is too high. I’m taking the Zips to keep it within 3 possessions as the second leg of this parlay. Western Michigan shouldn’t be this big of a favorite against just about anybody. Last time out WMU lost to Central Michigan, and in their game before that, they lost by 19 to Toledo. Akron has shown some fight recently, and they lost by only 6 to Ball State last week.

The Zips also just fired their head coach last Thursday, so perhaps that gives them the spark they need. Quarterback Zach Gibson is quietly coming off a great game where he threw for 331 yards (10.7 YPA) with 2 touchdowns and no interceptions. I don’t think this one is going to be all that lopsided.

To wrap up this parlay, we’ve got the Bobcats. I think this Ohio team is a bit underrated. They just beat Miami (OH) in their most recent game, and that win was overdue. They had lost their last 3 games before that, but that’s extremely misleading. All 3 of those games were very close. They lost by 7 to Kent State, by only 1 on the road against Buffalo, and by 3 to Central Michigan.

Positive regression was bound to hit. On the flip side, 2 of Eastern Michigan’s last 3 wins have come by 3 or fewer points. The Eagles’ offense is overachieving considering their running game has been inefficient and quarterback Ben Bryant certainly isn’t anything special.