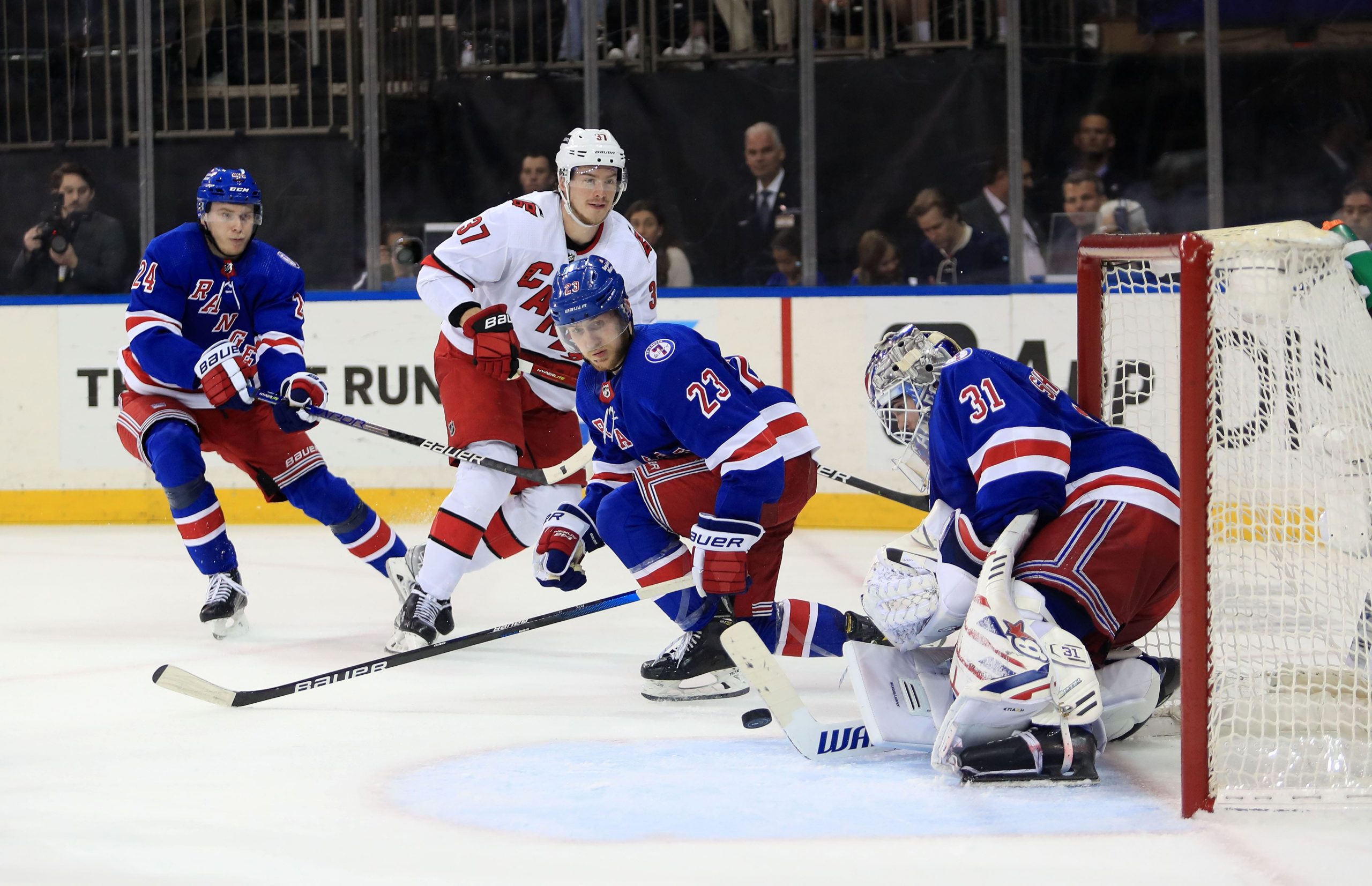 Tuesday night in the NHL brings about the 2nd set of Game 4s. No one playing on Tuesday can clinch a spot in the Conference Finals, but both the Hurricanes and Oilers can take 3-1 series lead. Even with only 2 games on the slate, we still have more than enough action to construct a mega parlay, with this 2-legger posing a payout of nearly 17/1 at BetMGM.

But before we dive in, be sure to check out all of our picks and previews for every game tonight. You can also follow Pickswise on Twitter for plenty of daily betting content.

The Carolina Hurricanes have yet to win a road game in the Stanley Cup Playoffs, as all 6 wins have come on home ice. What’s even worse, the Hurricanes have lost every road game by at least 2 goals, which includes a Game 3 loss of 3-1 at Madison Square Garden. The Hurricanes are just a different team on the road than they are at home in the postseason. At home, they are averaging 3.66 goals per game while allowing 1.16 goals against. However, their stats on the road are a totally different story as they average 1.75 goals for and 4.25 goals against.

Goals have been at a premium in this series, as the average number of goals in each game is just 3. In this case, look to back the team driving more of the play on the attack. The Rangers rank 2nd in expected goals in the 2nd round and can take advantage of the poor play the Hurricanes have shown on the road. At this price, backing New York on the puck line is worth a look.

The battle of Alberta has not disappointed through 3 games. We’ve seen 28 goals, numerous highlights, and even had a line brawl in Game 3 due to Milan Lucic running into Oilers goalie Mike Smith. Even though the Oilers have dominated this series since early in the 2nd period in Game 2, there is a trend that provides value for the game — the Flames haven’t lost a 1st period all series. The Flames are 2-0-1 in 1st periods and have outscored the Oilers 5-2 in this series in the opening period.

The Flames will look to avoid going down 3-1 in the series and that can start with a good 1st period to put the Oilers on their heels. They haven’t played as bad as it seems as they do rank 1st in expected goals in the 2nd round. Look for a strong start from the Flames as they win the 1st period by at least 2 goals.