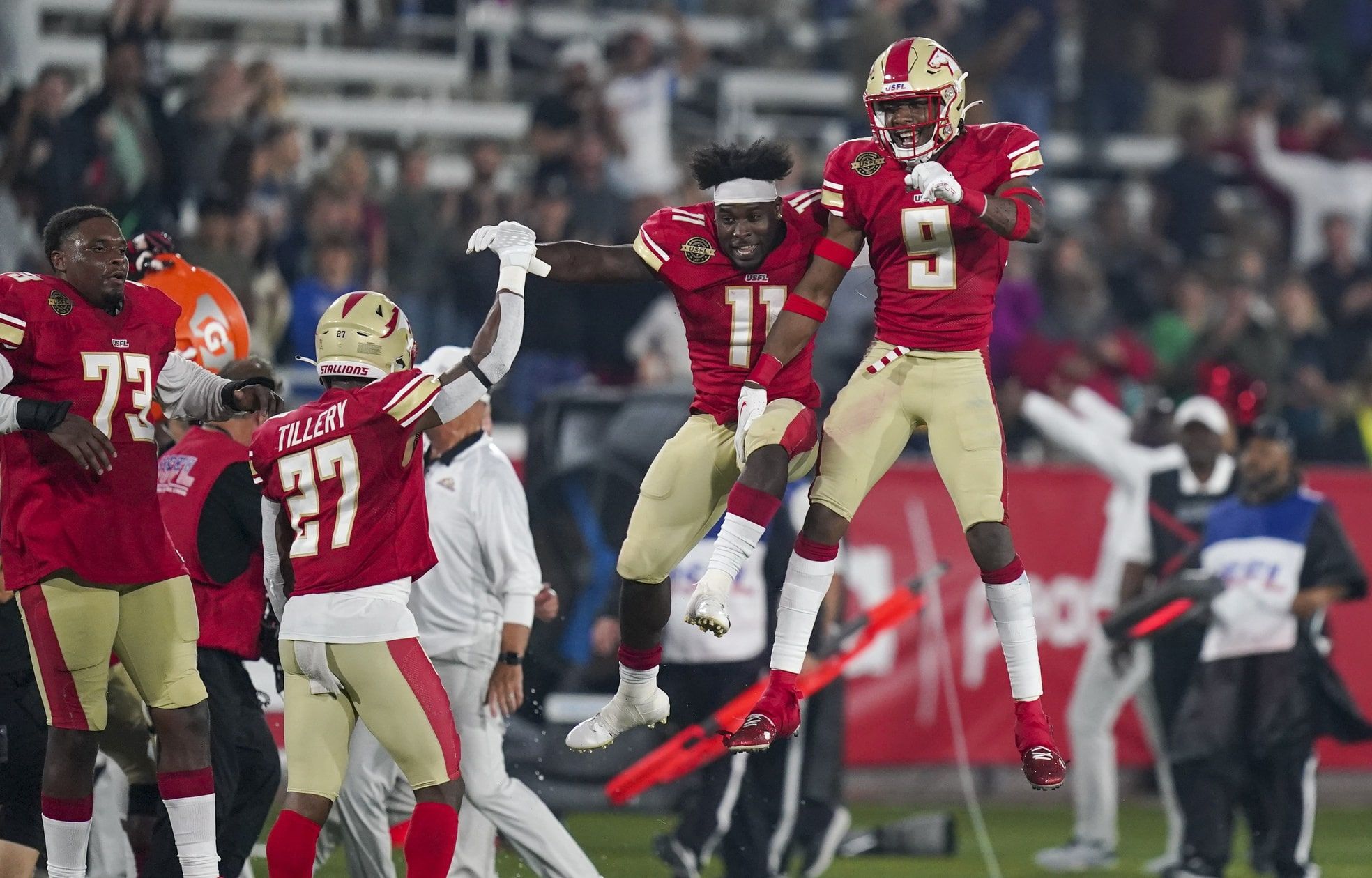 It all comes down to this! The United States Football League will crown its champion this Sunday, July 3 to culminate a successful first season of the league’s reboot. This year’s title game features the Birmingham Stallions and the Philadelphia Stars to see who will hoist the trophy out at Hall of Fame Stadium in Canton, Ohio.

There was some rocky play early on, but all in all this first season of the USFL was a success. Hopefully they actually have games in different cities next season, unlike only playing in Birmingham this year. That is looking ahead to next season though, so let’s focus on what is important, who will be crowned kings of the 2022 USFL season.

How to watch the USFL championship

The USFL championship game will take place on Sunday, July 3 at 7:30pm E.T. The game will be televised exclusively on FOX to conclude the USFL season.

Tale of the tape: Birmingham Stallions vs Philadelphia Stars

The Stallions just have too much going on all facets of the game here to lose. J’Mar Smith has been one of the most consistent quarterbacks in the league all season, they have two good running backs, three solid receivers, the best kicker in the league and even threw in a kickoff return for a touchdown against New Orleans last week just to prove they can do it all! The Stallions defense also allowed the 3rd-fewest yards per game in the USFL this season, and the second fewest points. The offense just dropped 31 points last week on the New Orleans Breakers who had allowed the fewest points in the league all year.

While the smart money will be on the Stallions, that’s not to say that the Stars can’t win. Philadelphia shocked the New Jersey Generals last week in the semifinals, despite injuries to their quarterback, running back and a couple of defenders. That was the Generals first loss since the opening weekend of the season. Unfortunately for the Stars, stud running back Matt Colburn is going to miss the championship game, but they still have a very capable back in Darnell Holland. The issue is that Holland is not the threat to catch passes out of the backfield that Colburn was.

Case Cookus was forced to play quarterback due to injury early in the year, but he has grown into a star of late. Philadelphia will also have to rely on its defense, which held the Generals to just 14 points last week and has been opportunistic all season long. In fact, the Stars led the USFL with a +8 turnover differential this season, and that was a big factor in how they won last week.

The Stallions won the only matchup of these teams earlier in the year, but the Stars were a dominant force in the second half of the season. Philadelphia was the highest scoring offense in the league with 26.2 points per game and the Stallions scored over 23 points per game as well. A Birmingham win correlates well with this game going over the projected total of 45.5, as I don’t think the Stars defense will do enough to slow down the Stallions. Dallas is going to have to be ultra-reliant on the turnovers and hope that the Stallions make some mistakes.

I’m actually surprised that the line is this short, as I would be comfortable betting the Stallions and laying a touchdown. Birmingham has been the best team from wire to wire this season, and I don’t see that changing on Sunday. The Stallions should lead throughout and take home the trophy on Sunday, while covering the spread with ease.