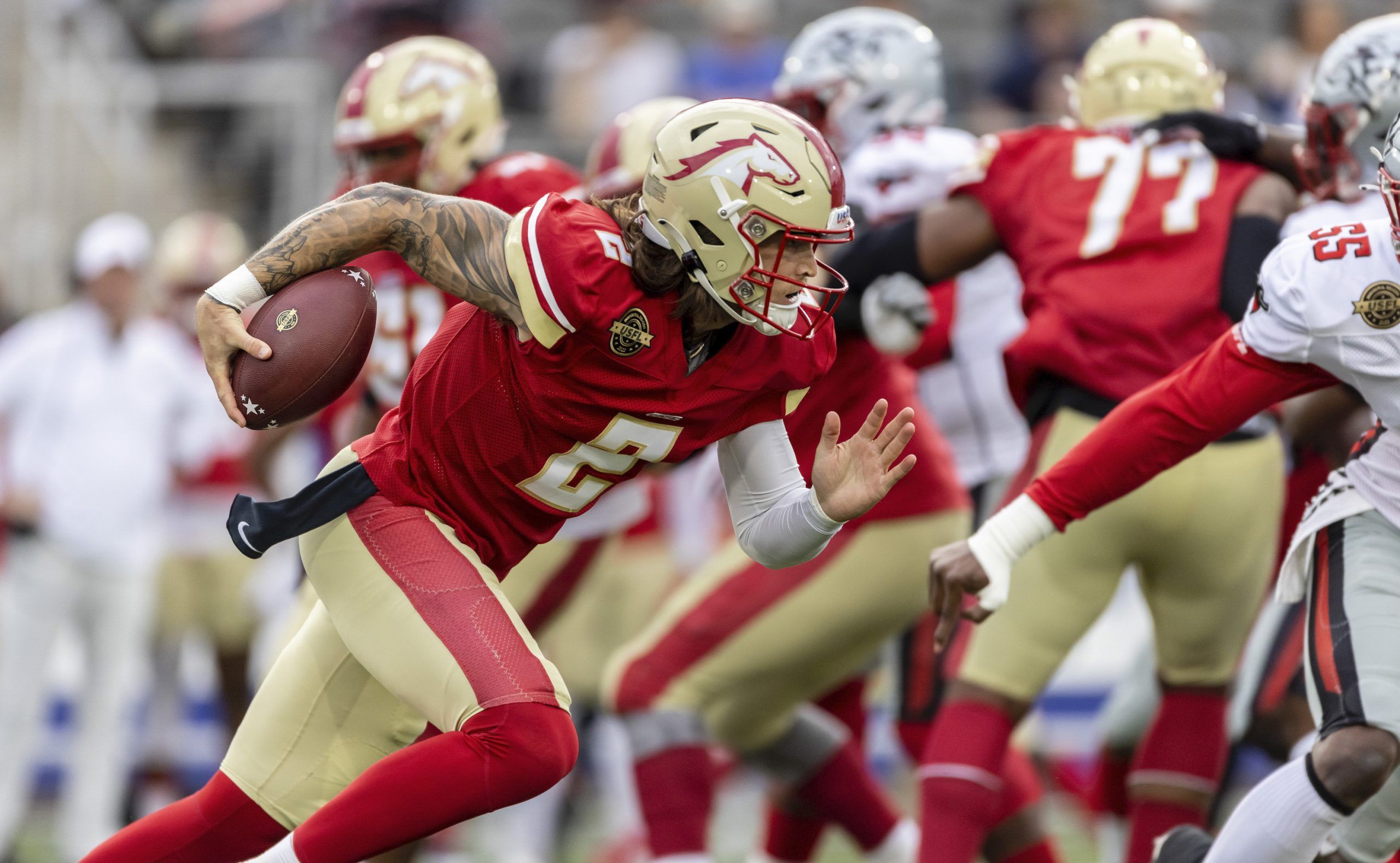 We have reached the playoffs of the United States Football League, and the four teams there certainly are the ones that belong. The scene shifts from Protective Stadium in Birmingham, Alabama to Hall of Fame Stadium in Canton, Ohio. This 2022 USFL campaign has been a lot of fun and full of surprises and great plays, even if we didn’t know most of these players when the season started. These semifinal teams have played each other before, and we know how the teams have played in the last few weeks and which players we can depend on to have productive games.

As we move toward the championship game of the USFL season, let’s look at the best bets for the semifinal round.

How to watch the USFL playoffs

Both semifinal games are being played on Saturday, June 25. The New Jersey Generals are going up against the Philadelphia Stars before the Birmingham Stallions meet the New Orleans Breakers.

The Generals still haven’t lost since the very first game of the USFL season and took down these same Stars last week in the regular season finale. Somehow, a two-quarterback system has worked all year long with Luis Perez and De’Andre Johnson — helped by a strong rushing game and a smothering defense that has the Generals with nine wins in 10 games. New Jersey allowed just 17.2 points per game and was tough to run on all season. The Stars were the highest-scoring team in the USFL, averaging just over 26 points per game. They lost their quarterback, Bryan Scott, early in the season and Case Cookus has been an amazing backup. Matt Colburn also turned into a scoring machine at running back late in the year both on the ground and catching passes out of the backfield.

Both head-to-head meetings were relatively close, but New Jersey came out on top both times. The Stars are probably going to struggle to run the ball again, as the Generals held Matt Colburn to just 39 yards last week. On the other side of the ball, New Jersey is one of the best running offenses in the league with Darius Victor and Trey Williams; the Stars are the worst running defense in the league, allowing more than 150 yards per game on the ground. Philadelphia has been a great story in the second half of the regular season, but the Generals are going to go to the championship game and will cover the 4.5 points in this one.

Birmingham Stallions -5 over New Orleans Breakers and Under 44.5 points

The Breakers certainly limped into the playoffs for this matchup. They are using two quarterbacks now that Kyle Sloter’s groin injury never seems to go away, and they lost two of their last three games while scoring just 39 points total. They did, however, have the best defense in the USFL this season, allowing just 14.8 points a game. The defense will have to be at its best with a struggling offense that also failed to run the ball for 100 yards in three of the last four. Birmingham isn’t exactly coming into this one like a house of fire, either, but clinched a playoff spot long ago. The Stallions lost only once and J’Mar Smith has been one of the better quarterbacks in the league. Their defense was second best, allowing just 16.4 points per game — so statistically it seems like the under is a good bet here.

While both teams struggled late, the momentum seems to be gone for New Orleans. I think the Stallions just took their foot off the gas a little early and will get it back together. Birmingham is a complete team on both sides of the ball and in my opinion is the superior team. The line would seem to be a little high for a playoff game, but I think the Stallions’ offense figures out how to score 24+ points in this one and heads to the championship by beating the Breakers by a touchdown or more.