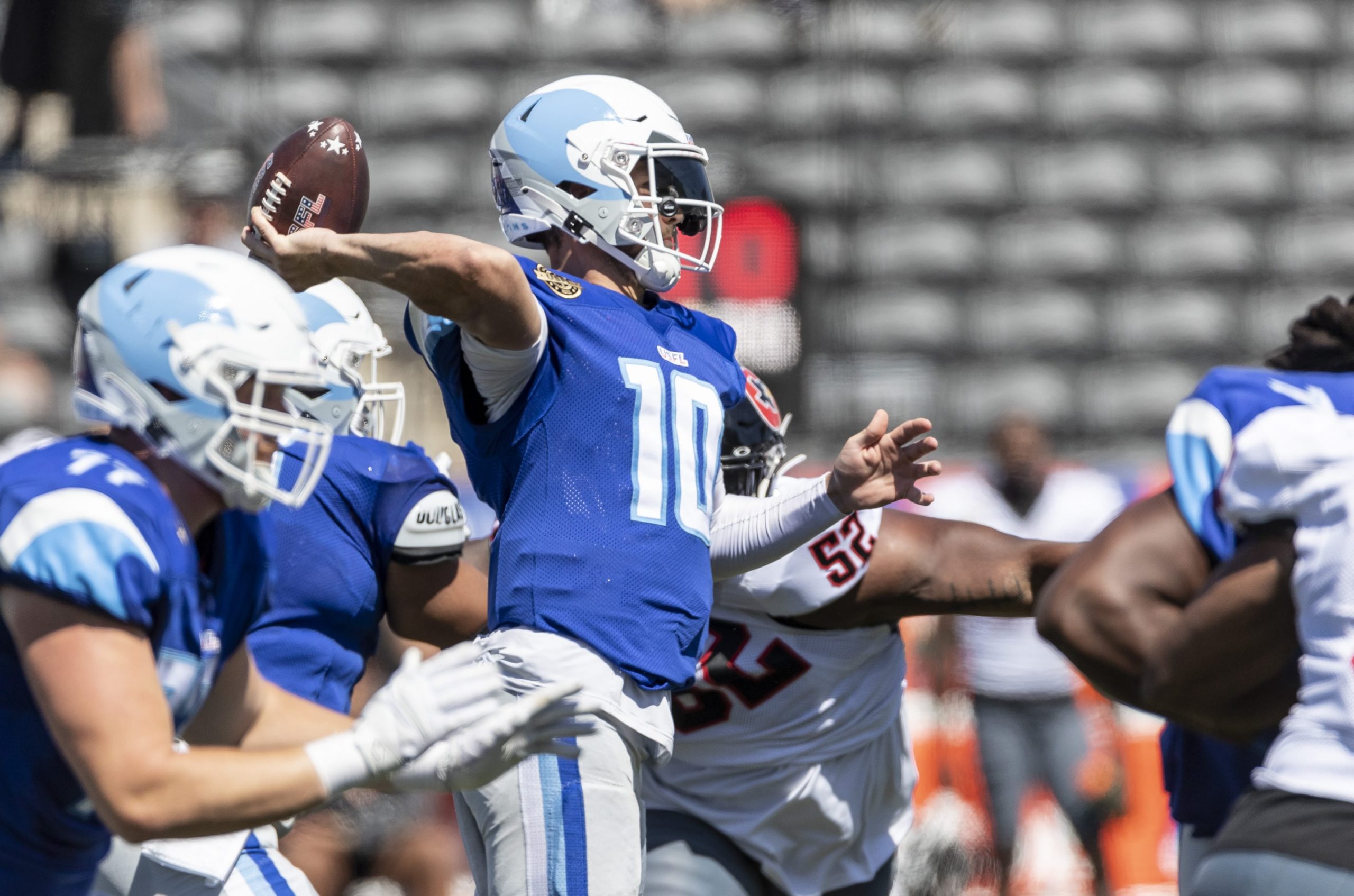 We are halfway through the schedule in the United States Football League, and we have seen an uptick in play from the offensive side as all four games easily hit the over on the point total for the first time all season. In fact, six of the eight teams topped the 20-point mark and all eight teams hit 17 points. The production of each individual player is still a little unpredictable, but we do have a pretty good idea of what to expect from each team on a weekly basis now. As we hit the second half of the schedule, teams will be trying to position themselves for the playoffs and the cream should rise to the top.

Let’s take a look at our best bets as we head into Week 6 of the USFL season.

How to watch the USFL in Week 6

The USFL regular season will continue on Saturday, May 21 and run through mid-June before the playoffs begin. The opening matchup this weekend will see the Tampa Bay Bandits take on the Philadelphia Stars, with kickoff set for 1:00 pm ET on Saturday.

They were manhandled some by the Generals last week, so it can only go uphill for the Breakers from here. New Orleans has been one of the better teams in the league and definitely one of the better defenses. The legend of Vad Lee was written last week for the Pittsburgh Maulers, as the guy they signed a few days before the game led them to their first victory with a touchdown on the game’s final play. I just can’t see him having similar success against the Breakers pass defense that allows just 153 passing yards per game. It was a great story and got Pittsburgh in the win column, but the good vibes will end and the Breakers will roll.

The Stallions are the best offense in the USFL, and the previously offensively-challenged Panthers have scored 45 points in the last two weeks. The Stallions have scored over 20 points against every team they have played except the Tampa Bay Bandits and scored over 28 points three of the five games. If they hit that mark, and they should against a Panthers defense that has allowed 53 points in the last two weeks. J’Mar Smith has been great at quarterback, and Shea Patterson had his best game last week at quarterback for Michigan. This is an extremely low point total for the team that has scored the most points in the league and an offense that has been on the rise lately.

It was a rough game last week for Sloter, but the Generals are one of the best defenses in the USFL, and there’s no way that Sloter will complete only 41 percent of his passes again. He has topped 200 yards easily in three of five games and the Pittsburgh Maulers are allowing 172 passing yards per game. However, they have played the Panthers and Gamblers who don’t have a strong passing game and the Generals who have shared quarterback duties for most of the season. The one strong quarterback they played this season was Bryan Scott of Philadelphia and he threw for 272 yards against them. Sloter and his trio of solid receivers should have their way with the Pittsburgh defense and easily throw for over 200 yards.

He is easily the top runner in the Gamblers offense, but they only rack up 110 yards per game on the ground which is 5th best in an 8-team league. The Gamblers will face the Generals who are the top run defense by a wide margin, allowing just 76 yards per game while the next stingiest defense allows 100 rushing yards per game. Thompson is a very good back and has topped 70 rush yards in 4 of 5 games this season, but this is his toughest matchup by far and I could easily see him being bottled up in Week 6.