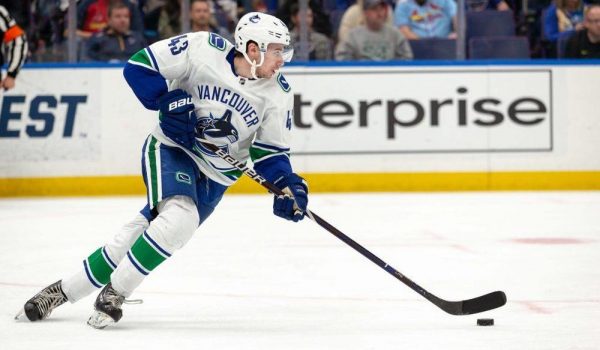 The 2018 Vancouver Canucks finished the season with a record of 35-36-11 and 81 points. They finished the season in 12th place in the Western Conference and 5th in the Pacific Division. They have kay players to build around in Elias Pettersson, Brock Boesner and Bo Horvat all of whom are under the age of 25. They made what should be an improvement to their team by acquiring Tyler Myers, who will likely play on the second line this season. Myers played six games for the Jets last season before signing the five-year 30-million-dollar contract with the Canucks in free agency.

Vancouver averaged 2.74 goals per game last season which tied for 24th in the NHL. The Canucks also averaged 0.52 power-play goals per game last season which was 11th fewest in the league and averaged 3.06 power-play chances per game which were 9th most in the NHL last season. Elias Pettersson led the team in points, assists and goals with 66 points, 38 assists, and 28 goals. The Canucks didn’t add anyone significant to help with the offense this season, but with a young group of players, they will show improvement on offense this season.

The Canucks allowed the 12th most goals per game last season with an average of 3.10 but addressed this by adding depth to the 2nd defensive line with the signing of Tyler Myers in free agency. Myers is still an unproven player though so it remains to be seen how key of an addition he will be for the team. Jacob Markstrom who started the majority of games for Vancouver last season finished with a record of 28-23-9 with one shutout and a 0.912 save percentage. He will return as the starting goalie for the Canucks this season.

They have a young group of players in Elias Patterson, Bo Horvat and Brock Boesner who are significant building blocks for a team that is on the verge of becoming a contender. However, they still lack the experience most teams have as their big three are all young players. The Canucks failed to make significant signings for a team that was tied for 24th in the NHL in terms of goals per game at 2.74.

So, it’s hard to see the offense improving significantly. The defense also allowed the 12th most goals in the NHL last season at 3.10. However, they did make a key signing with Tyler Myers in a free agency signing him to a five-year 30-million-dollar contract even though he is an unproven player. The division in which they play is what is going to hold them back this season though as I look for the Sharks, Golden Knights and the Flames to finish the season with more points. I like the young talent of the Canucks, but I still don’t see them finishing with 90 or more points this season which is why I like the under 89.5 as the best bet for the Canucks this season.

The Vancouver Canucks are tied with the Arizona Coyotes at 12/1 to win the division this season in the Pacific. They are on paper on equal footing as the Coyotes, but I still like Arizona more compared to the Canucks. Both teams have young talent, and both sides added what they project to be critical additions to their organizations.

However, the Canuck’s acquisition is an unproven defenseman that only played in six games last season. The division is also home to the Vegas Golden Knights, San Jose Sharks, and the Calgary Flames all of whom finished significantly better than the Canucks did last season. Make no mistake about it; the Canucks are an up and coming team that will be a Stanley Cup contender within the next few seasons. I don’t see that being the case this season. I also don’t see them finishing the season with more points than the Golden Knights or Sharks to win the Pacific Division this season. As a result, I cannot recommend placing a significant amount on the Canucks to win the division this season.

The Vancouver Canucks as Chicago Blackhawks are at 20:1 to win the Western Conference. They have a team that will be a conference contender within the next few seasons with the young nucleus of talent they have. If Tyler Myers can prove to be the defensemen the Canucks feel that he can potentially be then that time may come sooner rather than later.

Still, they play in the conference that is home to some of the best teams in the NHL including the Vegas Golden Knights, and the reigning Stanley Cup Champions the St. Louis Blues. They have their work cut out for them before they can become an upper-echelon team in the conference. The Canucks may be able to challenge for one of the playoff spots this season but to say they are going to win the Western Conference is a stretch. I am not willing to take this risk, which is why I am staying away from making that bet at least this season.

The Vancouver Canucks are tied with the New York Islanders, Chicago Blackhawks, and Philadelphia Flyers at 40:1 to win the Stanley Cup. The Canucks are starting to make their run at becoming one of the better teams in the NHL with the young talent they have. However, they still need to add a few pieces on offense to give them the depth to take the next step in becoming a Stanley Cup contender.

With teams like the Golden Knights, Lightning and the St. Louis Blues all being significantly better. It’s hard to envision the Canucks taking that step this season. At 40:1, it might seem like a good bet to make given the young talent they have on their team. However, it isn’t a smart one because even if Vancouver makes the playoffs this season, it’s hard to project a path for them to win the Stanley Cup. 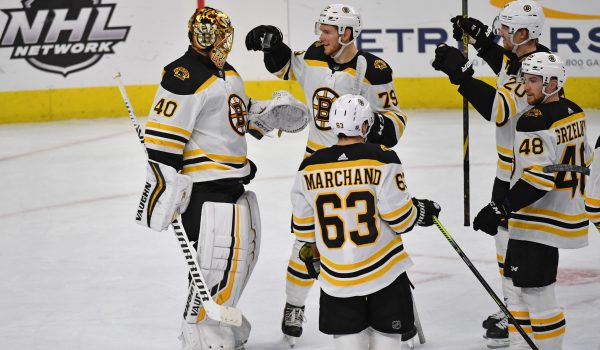