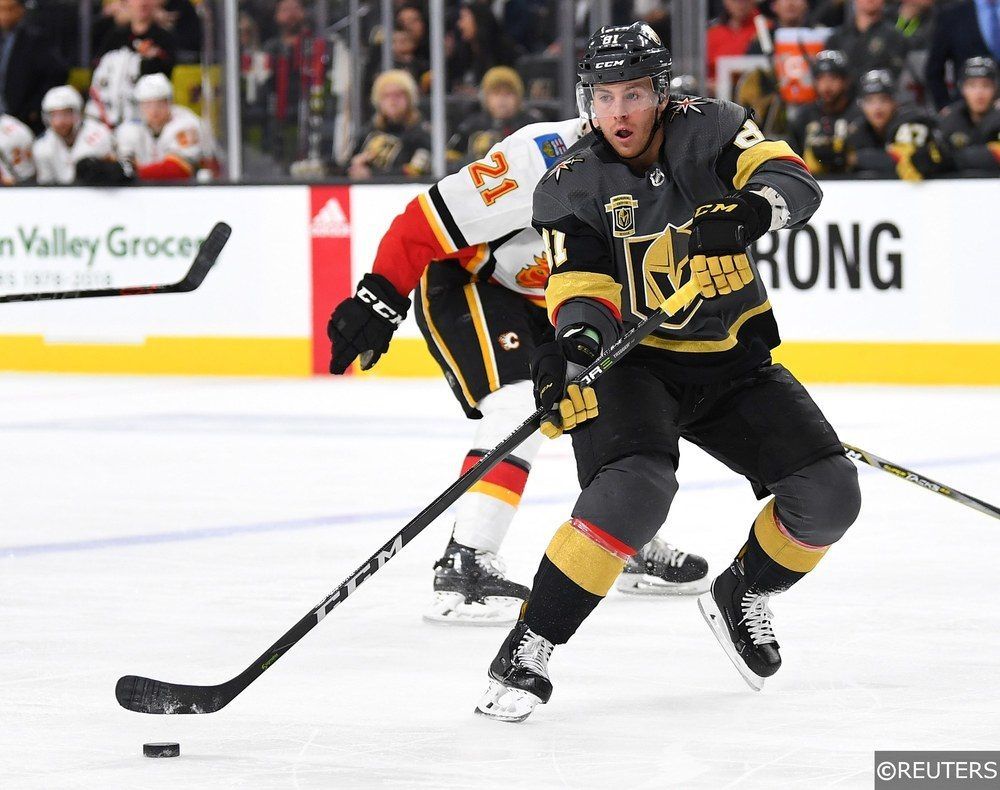 The 2018-19 Vegas Golden Knights finished the regular season with a record of 43-32-7 and 93 points which was the 7th most in the Western Conference and 3rd most in the Pacific Division. This season will only be the Golden Knight’s third season in the NHL. In their first season, Vegas finished as the runner-up to the Stanley Cup loss to the Washington Capitals. Then in their second season, they made the playoffs once again but were eliminated by the San Jose Sharks 3-4 in the 1st round. The Golden Knights’ significant acquisition was before the trade deadline last season when they acquired Mark Stone from the Senators. He then signed an eight-year $76 million-dollar extension to remain as a Golden Knight. In the eighteen games, Stone scored 11 points with six assists and five goals.

The Golden Knights allowed the 11th fewest goals on a per game average with 2.84. Marc-Andre Fleury who started the majority of games for Vegas last season finished the regular season with a record of 35-21-5 with eight shutouts, and a save percentage of 0.913. Fleury saw the 6th fewest shots on goal last season with 29.56. He will return as the starting goalie again this season giving the Gold Knights arguably the best goalie in the division.

The Golden Knights finished last season with 93 points which were the 7th most in the Western Conference. This season they are considered to be not only the Pacific Division favorites but the favorites in the Western Conference and have the 2nd best odds to win the Stanley Cup. The only team that has better odds than Vegas is the Tampa Bay Lightning. The Golden Knights have the best goalie in their division and one of the best in the NHL with a save percentage of 0.912 last season. What separates this season’s team from last year is the full year that the Golden Knights will have with Mark Stone on the team. Stone’s presence was felt in the eighteen games he played in for Vegas recording 11 points on the season with six assists and five goals. The Golden Knights are going to be an elite team this season, but I like the under 101.5.

The Vegas Golden Knights finished in 3rd place in the Pacific Division last season. They finished 14 points behind the Calgary Flames and 8 points behind the San Jose Sharks. Calgary and San Jose both bring back their core group of players from last season and failed to make any significant moves to improve their teams, not that they had to, but Vegas grew their team from last season with the addition of Mark Stone. Stone will add much-needed firepower to the lineup which should push up the goals per game average of 3.08 and will likely be in the top 10 if not top 5 this season. Even with that addition they still play in what is arguably the tougher of the two divisions in the Western Conference. At 1/1 the price is a little too high to take a shot on the Golden Knights to win the division especially having to compete with the Sharks, Flames, and Coyotes in the division this season.

Vegas finished with the 7th best record in the Western Conference last season and were eliminated in the 1st round of the playoffs by the San Jose Sharks. This season they are the favorites to win the conference according to Vegas odds at 3/1. A lot of the top teams in the conference remain the same, and for the most part, the Golden Knights did as well except for having Mark Stone on the team for the entire season. Stone is without a doubt a difference-maker on offense which will improve their goals per game average to at least the top 10 in the NHL. The Golden Knights had one of the best defenses in the league last season and brought back the core that made them great last season including Marc-Andre Fleury. They have a lot of potential with this team including returning to the Stanley Cup Finals for the second time of the three-year team history. 3/1 may seem like a high price to pay for the Golden Knights to win the Western Conference, but I am confident they will do so and a price I am willing to pay.