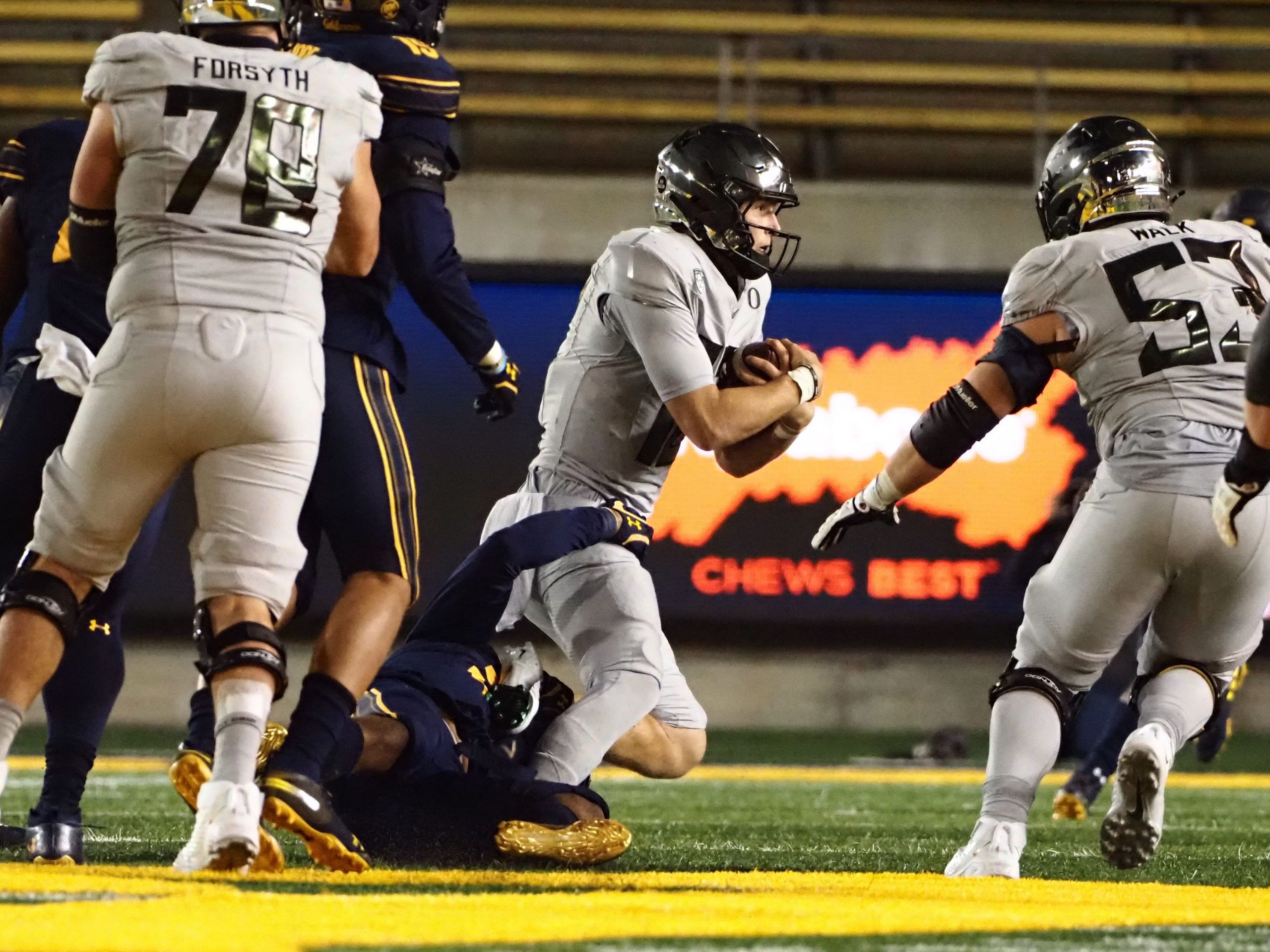 Week 14 of the 2020 college football season is in the books, as the campaign unfortunately begins to wind down. We’ve got a good idea of where things stand now with conferences like the SEC, Big Ten, and ACC beginning to wrap up. But we still learned a lot about the college football landscape this past weekend, and with that in mind let’s dive into the three biggest takeaways from a busy slate.

Indiana has been fighting hard to gain national respect for their 2020 season, and it’s been an uphill battle. They’ve been discounted at every turn, even when they very nearly came back and stunned Ohio State. This past week after it was announced Michael Penix Jr. had a torn ACL, just about everybody wrote them off. But the Hoosiers showed off their now trademarked resiliency once again, beating Wisconsin on the road as double-digit underdogs.

The defense rose to the occasion, limiting the Badgers to only six points. Backup quarterback Jack Tuttle stepped in and let it be known the team isn’t just going to fall apart without Penix in the lineup like some other squads might. Unfortunately that loss to the Buckeyes will prevent them from going to the Big Ten title game, but they can hold their heads high. This team is legit whether anybody wants to believe it or not, and I can’t wait to see who they end up playing in their bowl game. This time around they’re the ones who are double-digit favorites in their upcoming game against Purdue.

It’s been a while since the Pac-12 felt like a legit power conference, and unfortunately it doesn’t look like anything has changed in 2020. If anything, things have become even more of a mess, with Oregon and Washington taking big steps back. The Ducks started the year off as the conference’s biggest hope for national recognition, but they have since completely fallen apart. After starting off 3-0 they’ve now lost back to back games in upset fashion to lowly Oregon State and Cal.

Any hopes of a legit run for them have been vanquished. USC is now the Pac-12’s only chance at a College Football Playoff bid, and even that is a big longshot. USC is the highest-ranked team in the conference, and they were at 20th entering the weekend. The Trojans are only four-point favorites over UCLA this weekend, so things could get even more complicated shortly. Stanford isn’t any good, and Washington State has collapsed without Mike Leach. There’s not much to feel optimistic about here.

Coastal Carolina is for real

Speaking of teams that have been clamoring for respect, boy did the Chanticleers make a big statement this past weekend. Entering their hastily scheduled game against BYU as two-score underdogs, they shocked everybody and pulled off the upset of the Cougars. Cincinnati will now be the only other non-power conference team ahead of them in the CFP committee’s rankings. That means Coastal just needs a Bearcats loss in order to get the bid to a New Year’s Six bowl game.

What an accomplishment that truly nobody saw coming that would be for this lovable Sun Belt squad. This is a team that went 5-7 each of the past two seasons, and 3-9 the year before that. A tough test against Louisiana still awaits in their regular-season finale, but no matter what happens this team has been an awesome story and there’s no way anyone can declare them fraudulent after last Saturday.