What the Sox Should Do Next: The Keepers 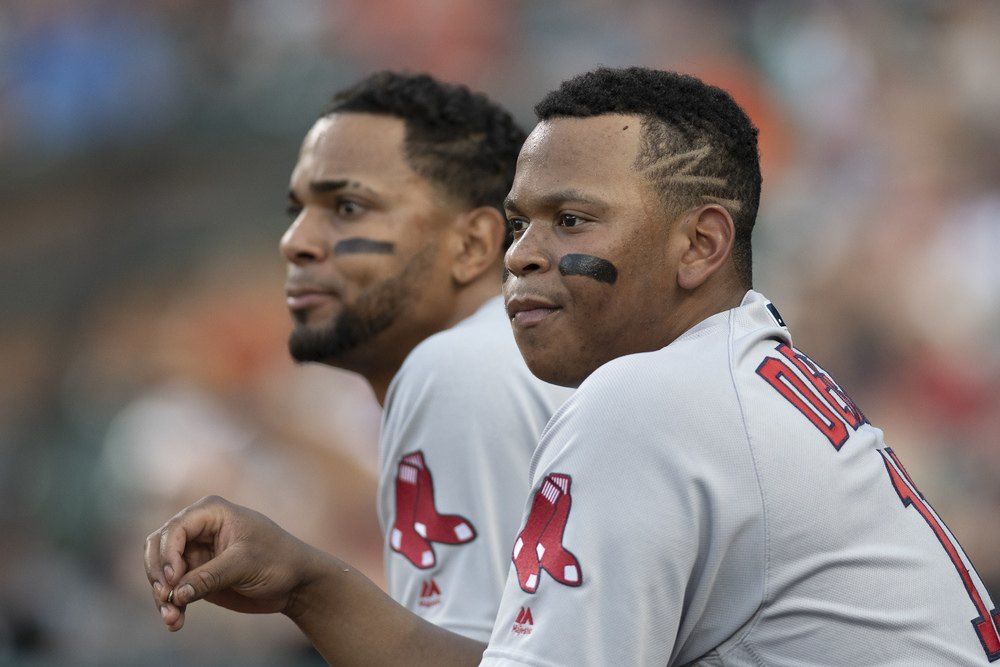 And the rebuild (or the retooling, or the revamp, or the…) has commenced in Boston. The team traded superstar Mookie Betts (along with bloated contract David Price) to the Dodgers last night.

While I’m under the belief that the return wasn’t as bad as some pundits are making it out to seem, there’s no doubting that the move makes the Sox significantly worse for the 2020 season. This has been reflected in their odds, as the Sox now have +800 odds to win the American League East.

The Yankees (and perhaps the Rays) will run the division next season, meaning it’s fruitless to retain pricey veterans. Plus, considering the ceiling of the up-and-coming Blue Jays, a simple retooling might not be enough to get the Sox back to the World Series.

In other words, new GM Chaim Bloom should blow up the roster and rebuild from the ground up. Of course, this is easier said than done. Over the next few days, we’re going to explore the moves the Sox can make to boost their chances of competing for a title within the next three (or so) seasons. Today, we’re going to focus on the players they should keep.

Bogaerts has solidified himself as one of the best shortstops and best OBP guys in the entire game, and he’s signed for six more seasons at an affordable $20M per season. At only 27-years-old, it’s not unreasonable to think that Xander can still be a contributor on the next contending iteration of the Red Sox.

Meanwhile, Devers exploded in 2019, finishing the year with career-highs in homers (32), RBIs (115), and OPS (.916). Even if you think his year was a bit of an aberration, he’s still only 23 years old. He’s not set to hit free agency for another four seasons, meaning the Sox have plenty of time to determine whether he’s a legitimate pillar of the organization.

Meanwhile, there are a number of young players who have shown that they can contribute on the big stage. Of course, unlike the two aforementioned players, the following big-leaguers have their warts, and they may be better used to get off some of the Sox ugly contracts (which we’ll touch on tomorrow). This grouping of potential keepers includes:

Benintendi has turned into a fan-favorite in Boston, which is reason enough to keep him following the Mookie trade. However, it appears that the outfielder has plateaued in recent season. He hasn’t surpassed an .830 OPS in any of his full MLB seasons, and as power has increased throughout baseball, his home run numbers have actually dropped. While Benintendi is clearly a solid ballplayer, his ceiling appears to be a “very good” player as opposed to an “all-star” player.

Speaking of power, Chavis broke onto the scene in 2019 by crushing 18 homers in 95 games. While his versatility is a plus, Chavis didn’t provide a whole lot more than power during his rookie campaign. His .254 batting average and .322 OBP leave a lot to be desired, and power isn’t a commodity like it once was.

Finally, Sox fans have been waiting for a Rodriguez breakout for several years, and they (somewhat) got that in 2019. The 26-year-old finished with a career-high 19 wins to go along with a career-low 3.81 ERA. However, his per-nine stats aren’t as pretty; his 8.6 H/9  and 3.3 BB/9 were the second-highest (respective) totals of his career, and his 9.4 K/9 was his lowest total in three seasons.

Sure, each of these players are young and controllable. However, they also appear to have limited ceilings, making them somewhat replaceable. Considering their youth, they could fetch a pretty asset in return, or they could be paired with a bad contract to clear more money off the Sox books. We’ll explore those kinds of deals tomorrow.