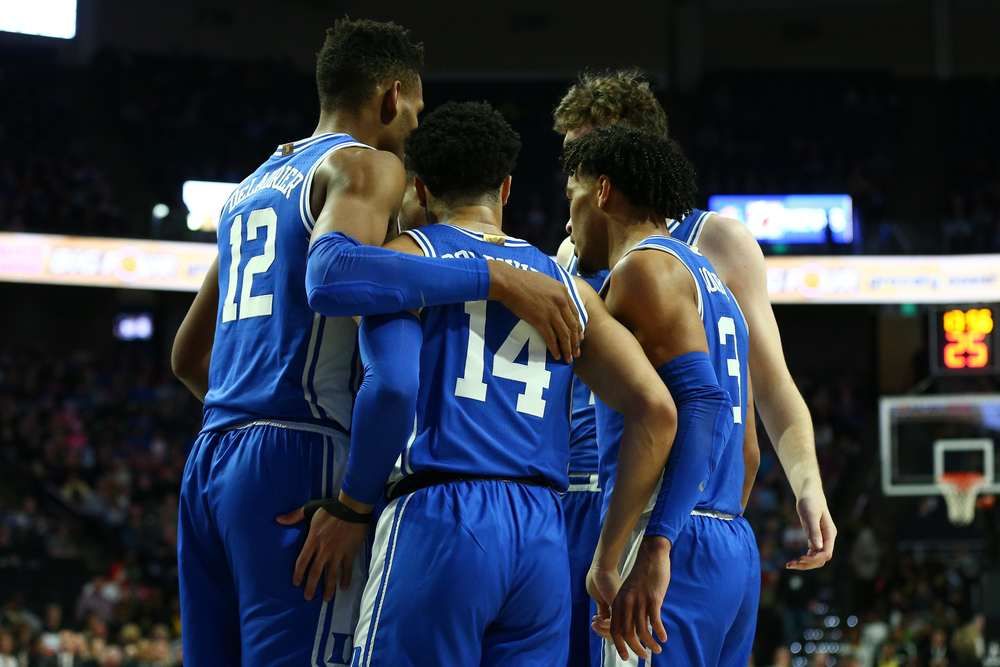 Back in November, the AP released its first Preseason Top 25 list. The Duke Blue Devils were ranked fourth. The talent was there and Tre Jones was set to become the star power they needed to make another run. Fast forward to March and we are two weeks out from selection day. Duke currently sits at 12 in the latest rankings and was on a 1-3 slide before Monday. So how did Duke go from being a predicted number one seed in the tournament to now looking at a potential three seed and can they bounce back in time for the tournament?

In their recent skid Duke as been anything but the team, they showed at the beginning of the year. They rank 61st in overall offensive efficiency since February 19th. Most of the struggles on offense have come from the lack of shooting. They are connecting on just 43 percent of shots inside of the arc. To make it worse, the Blue Devils are only shooting 30 percent from behind the arc. This is a funk that Duke is not used to.

The offense has been something that hasn’t been a concern for them this season seeing as though their season average is 82 points per game. Duke is also one of the best offensive rebounding teams in the country, averaging 12.8 rebounds per game, so the shooters get plenty of extra chances. However, Duke’s offense scares me because they have gotten very inconsistent play from their wings this year. With that, their offense has been known to go into prolonged slumps. They were just 3 of 18 on layups in their game against Virginia. That will not be good enough in March.

This defense is what gives me pause for Duke. They allow an average of 68 points per game and let opponents shoot at a 42 percent clip from the field. This part of Duke’s game has been missing all season, but it is especially concerning seeing their recent performance. The Blue Demons allowed 113 points just last week at Wake Forest.

For all the talent that this defense has the are extremely susceptible to dribble penetration. This defense is just not as physical as it has been in years with players like Zion Williamson. Tre Jones is the guy for this team and for all of his skills with the ball and shooting he has been unable to matchup against players well this season. Vernon Carey has been a bright spot on defense, but everybody else in the paint has been unable to play to a high level. Virginia, who is not anything special on offense was able to easily penetrate Duke’s defense by dribbling the ball to the rim. Duke is going to need to find a way to mask these issues before the tournament. If they don’t any team with two guards that present an offensive threat will pound the ball inside uncontested.

Duke is always a team that is a threat and we will see them in March. They have talent, experience, and a coach who knows how to win. However, this team is very vulnerable and I wouldn’t be shocked if they see an early exit. If Duke wants to get somewhere they need to get more physical on defense and get more consistent wing play going forward.