When Will The Marlins Return To The Playoffs? 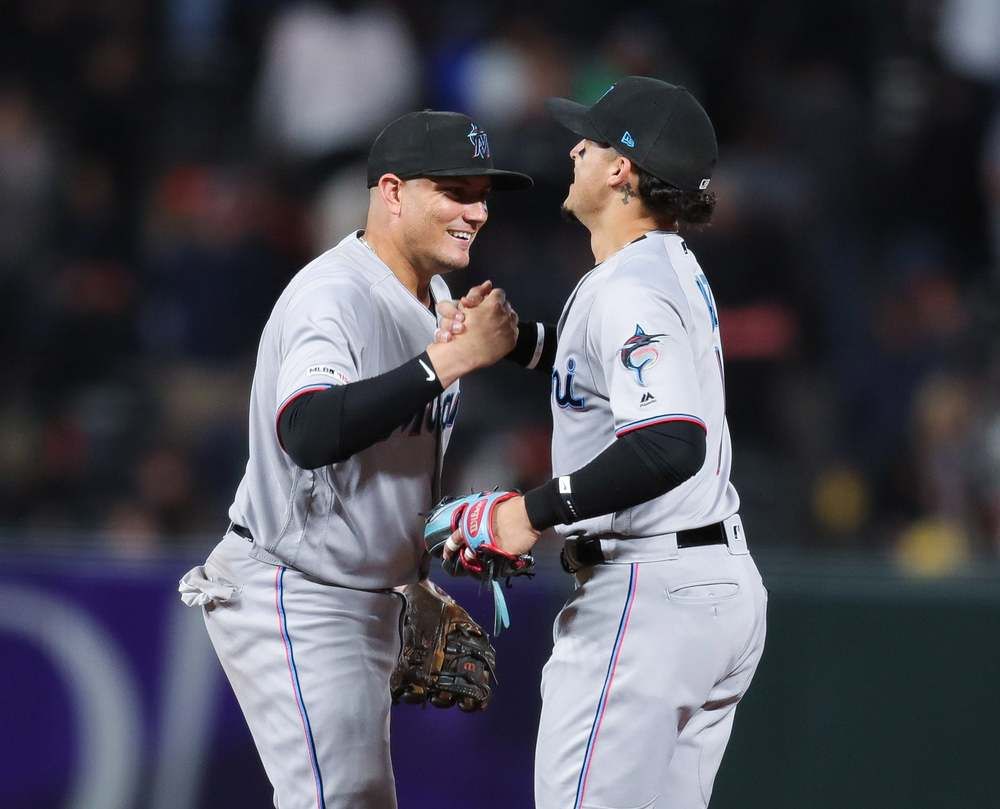 The ownership group led by Bruce Sherman and Derek Jeter that bought the Marlins in 2017 received a fair amount of criticism after big-name players were jettisoned as part of a complete overhaul. It wasn’t the idea of rebuilding that raised eyebrows, but rather the prospects that Miami received in exchange for some of that All-Star level talent.

And while that criticism was (and is) more than fair, the Fish are finally seeing some returns on their fire sale, at least at the minor league level. They boast five top-100 prospects, per MLB Pipeline, and they went from having one of the worst farm systems two years ago to one of the best.

The prospect list is headed by pitching phenom Sixto Sanchez, who can hit 100 with his heater and who has top-of-the-rotation potential. He may be elevated to the big league club at some point this season, and even if that doesn’t happen, his performance during his first year in the Miami system in 2019 did nothing to make the team second-guess his status as the centerpiece of the J.T. Realmuto trade.

The other four top-100 prospects – OF JJ Bleday, SS Jazz Chisholm, OF Jesus Sanchez, and RHP Edward Cabrera – are probably at least a year away from cracking the big league roster, though Cabrera theoretically could get a look later in 2020. And there are a number of prospects who did not make the list but who still have a reasonable amount of upside, like SS Jose Devers, OF Victor Victor Mesa, and LHPs Trevor Rogers and Braxton Garrett.

Plus, there are several youngsters on the big-league roster already who could be a part of the next winning Marlins team. 24-year-old righty Sandy Alcantara’s 6-14 win-loss record belies an otherwise solid 2019 campaign that saw him post a 109 ERA+ over nearly 200 innings of work, and 23-year-old 2B Isan Diaz – part of the return in the Christian Yelich trade – blasted AAA pitching in 2019 before being promoted. While his first look at MLB pitching didn’t go quite as planned (aside from a home run in his major league debut against Jacob deGrom), Diaz is set to serve as the starting second baseman in 2020.

So, though their trades could have yielded better results, the Marlins are giving their fans reason to hope, and they have bolstered their trade returns with a few quality international signings and draft picks. But even if all of their top prospects turn into solid or better major-leaguers, which is just not going to happen, Miami wouldn’t be looking at a return to competitiveness until 2022 at the earliest. Given the natural attrition that takes its toll on even the best farm systems, it seems that a run at the postseason in 2023 – 20 years after the organization’s last playoff team, which won the World Series — is the more realistic goal.

Indeed, with a couple of exceptions, the major league team doesn’t have a ton of talent at the moment, and another 100-loss season may be on tap in 2020.  But that will yield another high draft pick and, perhaps, bring the Marlins one step closer to October baseball.