Who will the New York Jets take with their first pick in the NFL Draft? 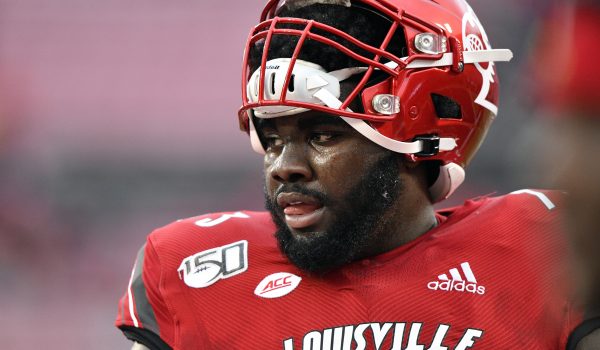 Who will the New York Jets draft with their first pick in the 2020 NFL Draft at No. 11 overall, barring no trades?

With eight draft picks for the Jets, New York needs to address multiple holes on both sides of the ball. One of those holes being the offensive line, franchise quarterback Sam Darnold has yet to feel comfortable in the weak such a weak offensive line protecting him.

New York also needs to consider addressing the cornerback, wide receiver, and edge rusher position. Which direction will the Jets head? Let’s take a look at who the New York Jets will draft with their first pick of the 2020 NFL Draft.

Bet on who the Jets will draft first

You can bet on the player that the Jets will draft first at DraftKings, the current betting odds are:

One of the biggest Offensive Tackles in the draft, the 6-foot-7, 370-pound monster of a man can move and pancake multiple defensive players. Even though he needs to trim down his weight a bit, he can become a bully on the line for the Jets. In total, Becton started 33 total games for the Cardinals with 21 of those from the left side. He has experience playing both sides, and could easily fit in without a doubt in New York.

However, there might be cause for concern for Becton; he recently had his drug test flagged before the NFL Draft. Here’s what Louisville athletic director Vince Tyra had to say about Becton.

“I would tell you; it would be a surprise if he has a failed test. He’s just been a model student-athlete for us. I’m not worried about him; he is going to have a great career. I don’t think he’s going to be any trouble for any teams.”

Even with the flagged drug test, I’m not expecting Becton to fall at all. It would be the perfect fit for the New York Jets; he can easily fit in as the starting left tackle at the NFL. Size is still a small red flag, but it does not compare to the number of green flags he has, flexibility, power, and length when blocking. The ceiling is high for Becton, and this should allow an easy fill for the Jets on the offensive line.