Who will win the College Football Playoff? Breaking down the semifinals 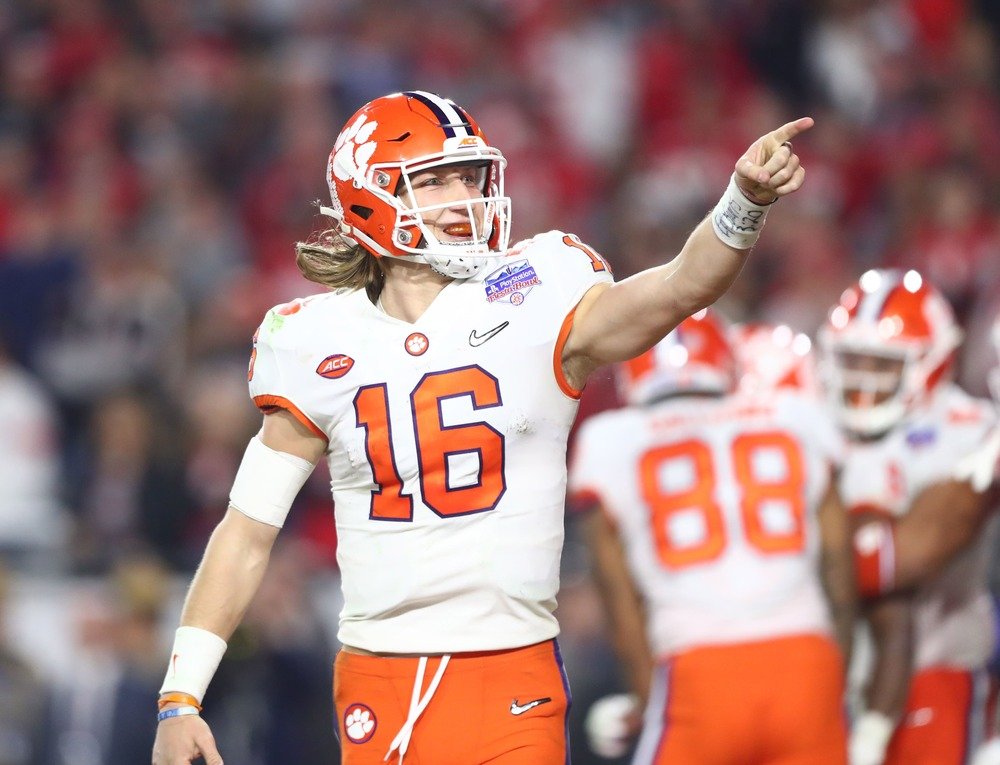 The college football season is winding down, and while that’s got all of us a little sad, it also means the best games of all are about to come. The College Football Playoff is right around the corner, with the Sugar Bowl and Rose Bowl taking place in just a few days. We’ll have a ton of stuff leading up to the big games, and of course you can get our free picks on the side and total of every bowl game under our ‘NCAAF Picks‘ tab.

But right now we’ll be talking about just the final four teams. If you had said at the beginning of the season we would end up with Alabama, Clemson, Ohio State, and Notre Dame, I don’t think anybody would’ve been too surprised. We ended up with the teams that have reigned supreme over the college football landscape the past few years, and that’s nothing to complain about. Let’s dive in:

This year’s Rose Bowl will feature #1 vs. #4 as the Alabama Crimson Tide take on the Notre Dame Fighting Irish. Alabama has been the consensus top team in the nation all season long, and it’s hard to make a case for anyone else. That being said, they haven’t looked entirely unbeatable either. They showed signs of vulnerability early in the season against Ole Miss, when the Rebels gave them a scare and dropped 48 on them.

They also came very close to losing to Florida in the SEC Championship Game in their most recent contest, and the defense again was lackluster as they gave up 46. Notre Dame had a perfect regular season before falling to Clemson in the ACC title game. They beat Clemson earlier in the year, and everyone seems to have discounted it because Trevor Lawrence wasn’t playing, when I’m not sure that’s entirely fair.

Lawrence’s backup actually played really well in that game, and Notre Dame deserves credit for how they played. The rematch was lopsided but I think that game just snowballed, and a third meeting would be much closer. The Fighting Irish are going to play with pride here after how their last trip to the College Football Playoff ended, and they’ll keep this one closer than people think. Alabama will end up winning, but we think Notre Dame does enough to cover this hefty spread of 20 points.

Ian Book putting Notre Dame -34 bettors on his BACK 😤

That of course leaves us with yet another meeting between Clemson and Ohio State. These teams met in the semifinal last year, and Clemson won 29-23. Everybody knows Lawrence is the best player in the country, and it’s going to be difficult for the Buckeyes to slow him down. Because of the Big Ten’s abbreviated campaign, Ohio State enters this one only having played six games. It was also a down year for the conference overall, so they haven’t really played anybody too tough.

They had a couple of games be closer than they should’ve been against inferior teams, like when they struggled to put away Indiana and Northwestern. Justin Fields has been inconsistent at times, and this is going to be a huge step up in competition from the schedule they just faced.

Clemson is more battle tested, having just pummeled Notre Dame in their finale, and the offense has reached true juggernaut status. It feels destined that we’re going to see another Alabama/Clemson rematch, and the Buckeyes just didn’t show anything during their conference play that has me believing they can hang here. We’re laying the points with Clemson.

That would lead us with Clemson and Alabama doing battle once again. Assuming that happens, it should be another thrilling and high-scoring national title game. These teams are quite a bit different than when they last met, and Mac Jones is a much different quarterback than Jalen Hurts or Tua Tagovailoa. What Jones has done this season is undeniably impressive, but I’m taking Lawrence over him every day of the week and twice on Sunday.

As I mentioned above, I have some genuine concerns about this Alabama defense. They weren’t tested by too many elite offenses, but when they were, they didn’t show well. They arguably should’ve lost to Florida had the Gators not kept shooting themselves in the foot. Clemson is loaded with big game experience, and we’ve never seen how Jones will handle a stage this big.

The Tigers allowed 17 points or fewer in seven of their 11 games, and Jones hasn’t faced a defense with this much pro-level talent yet. Lawrence is as seasoned as they come, and what better way for him to ride off into the sunset and the NFL draft than by delivering a second championship to Clemson.  Call me crazy, but I’d give a slight edge to Clemson here. That being said, this one is really too close to call.