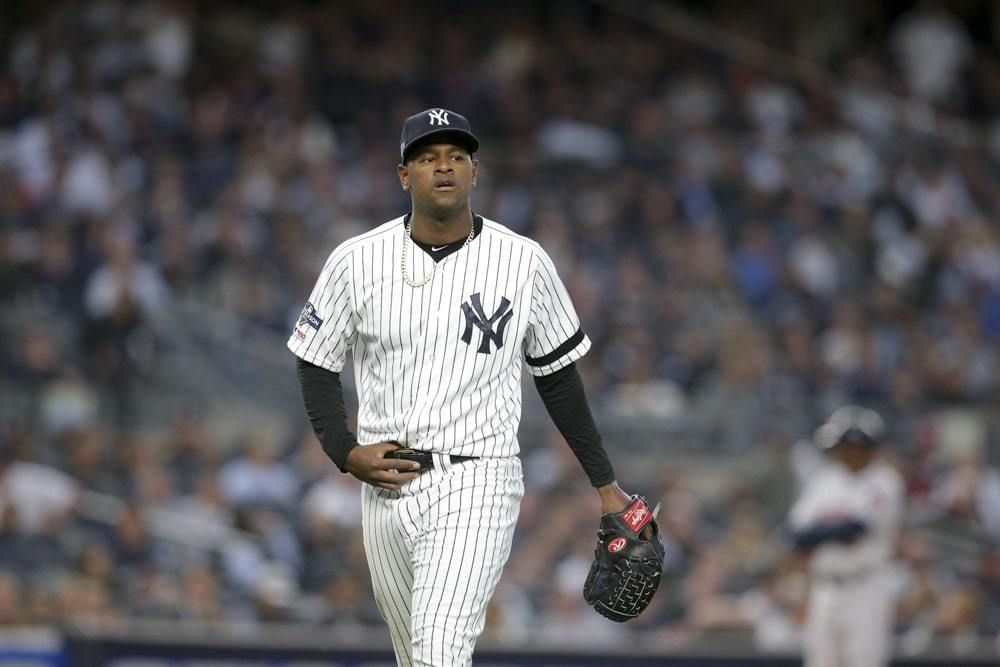 One year ago, the Yankees signed starting pitcher Luis Severino to a four-year extension with a club option for a fifth year, a deal that bought out all of Severino’s arbitration years plus his first season of free agency if the option is exercised. At the time, Severino — who turned 26 yesterday — was coming off his second consecutive All-Star campaign, so New York was getting what appeared to be a bargain.

A year later, the narrative reads much differently. A shoulder injury and a lat strain kept Severino out of 2019 action until September, and he pitched just 12 regular season frames last year (though they were, at least quality innings). He pitched 8.1 innings in the postseason, including a start in Game 3 of the ALCS against former Astro and new teammate Gerritt Cole.

But Severino is currently dealing with forearm soreness, which reportedly stems from that ALCS appearance. He has a loose body in his elbow, and while the words “Tommy John” have not been uttered just yet, it’s obviously becoming a very real concern. He will be shut down for at least the next few days, and manager Aaron Boone was noncommittal when asked if the talented righty would be ready for Opening Day. We do know that Severino will be heading back to New York on Monday for another battery of tests.

The Yankees are still the prohibitive favorite to win the AL East, thanks in no small part to the addition of Cole. But as we discussed recently, starting pitchers around the league are dropping like flies, and the Yankees have fallen victim to that epidemic. In addition to the uncertainty surrounding Severino, James Paxton, a 15-game winner last year, will be sidelined until at least May.

Of course, the Yankees won their division last year without all but 12 innings of Severino, but he would be a tremendous boost to the club’s efforts to win its first World Series since 2009. With him and Paxton, New York boasts one of the best rotations in baseball. Without them, there are some question marks.