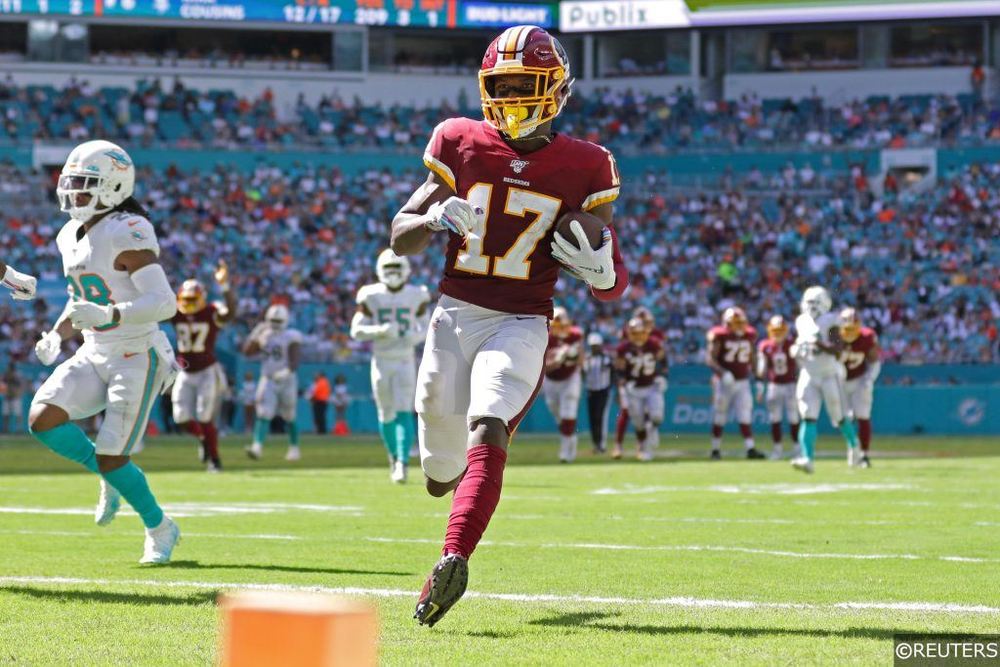 NFL upset picks for every week of the season. Get our best underdog NFL picks for those barking dogs who some bettors think are silly underdog picks but we don’t and see them as live chances to cash. If you want our plays for all other NFL games then head over to our NFL picks homepage. We have free picks for every game on the slate and a weekly parlay.

The Washington Redskins are looking to put the nail in the coffin on the Dallas Cowboys season as they meet once more before the regular season ends. For the Redskins, Quarterback Case Keenum will get the nod here as rookie Dwayne Haskins will be sidelined with an injury. Keenum was the starting QB back in Week 2 as Washington fell by the final score of 31-21 to Dallas. On the flip side, the Cowboys were unable to take care of the Philadelphia Eagles last week and face a miracle for them to make the playoffs. A lot is still on the line for the Boys especially Jason Garrett who could be losing his job despite reportedly still having the trust of Jerry Jones. A lot of points are being given to the Redskins here who move the ball way better with Keenum under center anyway. Last time Keenum took on the Cowboys he completed 26 of 37 passes for 221 passing yards and two touchdowns without an interception. Add that to a rookie star of Terry McLaurin who has been red-hot the past two weeks with over 200 receiving yards, and the Redskins have a fair chance. The Underdog is 27-12 ATS in their last 39 meetings and 8-3 ATS in their last 11 meetings as this should be the play here. Pick: Redskins +10.5

AFC East showdown here as the Buffalo Bills host the New York Jets in the final week of the season. Buffalo has already clinched a playoff spot, and although Sean McDermott has said they’re planning to play a majority of their starters, it doesn’t sound like they are taking this game too seriously. Everybody has been clowning the Jets but they’ve quietly been playing a lot better recently, and they are actually 5-2 in their last seven games. Buffalo’s weakness has often been their run defense this season, so maybe Le’Veon Bell will finally be able to get going here. Outside of understandably collapsing against the Ravens, the Jets’ defense has been playing at an elite level over the past month or so, giving up 10 points or fewer in three of their past five games. The Bills are coming off a tough loss to the Patriots in which they blew a late lead, so I don’t think they will be particularly fired up for this one. Pick: Jets +1

The Philadelphia Eagles are ready to potentially represent the NFC East in the playoffs as they have one more game to take care of on Sunday. All the Eagles need to do is win this Sunday against the Giants and they will be hosting a playoff game in Philadelphia. Even though it may seem like an easy task, the Giants are coming off a historic game against the Redskins last week. Rookie Daniel Jones is coming off his best game yet with a career-high 352 passing yards and five touchdowns in Week 16. New York is ready to play spoiler here as Pat Shurmur is most likely playing for his job as well. This is the perfect game for the Giants to play spoiler and keep this game close. A lot of points are being given to New York as anything above three points is a solid pick right now. I have the Eagles winning this game straight up, but this game is going to be a close. The Eagles are 1-4 ATS in their last 5 meetings and the underdog is 4-1 ATS in their last 5 meetings. Giants cover the spread but fall by the final score of 27-24. Pick: Giants +5