Revealed: The cost of being a fan 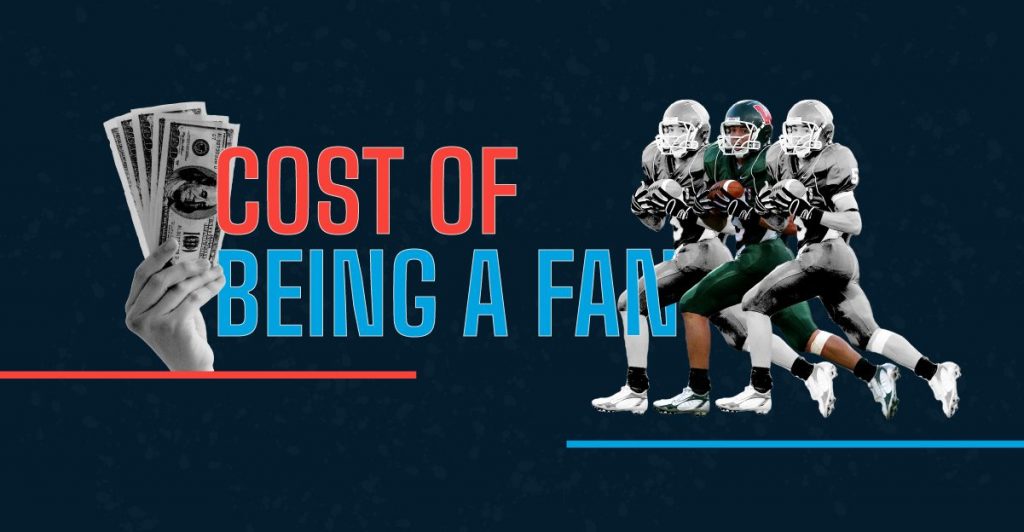 Following a football team across the entire NFL season can be a costly affair, but which fans fork out the most overall?

We’ve considered an array of common matchday expenses to bring you the fanbase which spends the most each season, as well as comparing each side’s respective cost with total 2020 touchdowns to reveal the best value team to follow.

Which fans lay out the greatest expense?

Combining the cost of tickets, refreshments, and team colors (also taking the average away day accommodation cost of $963.92 into account), we can bring you the fans with the hardest hit pockets over an entire season, as well as analyzing all 32 clubs for each independent factor.

Which supporters spend the most each season?

Who pays the most for tickets?

Unsurprisingly, considering their overall positioning in our fan-cost index, the Raiders ($2,013.61), 49ers ($1,936.09), and Eagles ($1,910.97) are the three most expensive teams to buy tickets for if you attend each game. Interestingly, despite featuring within the five most expensive teams to follow, the Bears ($1,818.83) drop to 7th when the focus is solely on ticket cost.

Which team charges fans the most for food and drink?

Food and drink are part and parcel of the in-game experience, but which sides are made to pay the highest prices? With permission from cheapism.com, we’ve detailed the cheapest and most expensive teams for game day refreshments.

Enjoying a hotdog on matchday is an American tradition, but it’s Raiders, Rams, and Chargers fans who pay the most for the privilege, at $7.50 a game and $120 seasonally. Contrastingly, Falcons ($32), Panthers ($40), and Ravens ($48) fans each shell out less than fifty bucks a season on food.

Despite having some of the cheapest food, Panthers fans pay $160 across the season to enjoy a beer at every game, or $10 for each drink, which is double that of the NFL’s cheapest bars found at the Falcons, Ravens, Bengals, and Lions (all $5 a beer, or $80 annually).

The supporters spending the most on club colors

NFL fans love to shout about which team they support, and what better way to do so than by wearing club colors? To rank each side, we’ve uncovered the cost of buying a jersey and cap for each club.

This rate seems especially steep when compared to that of the Washington Football Team, whose fans pay just over $72.84 for a shirt, while Chargers ($81.99) and Bengals ($88.22) supporters are also treated to a price tag below $90.

The Washington Football Team might sell the cheapest replica tops, but, at $33.13 a cap, they’re less than a dollar short of offering the most expensive headwear in the NFL, a crown unfortunately claimed by the Bills ($34.06). Meanwhile, Ravens fans are required to spend the least on the latest cap each season, at just $20.90 per piece, while Chargers followers pay just $21.23 per hat. 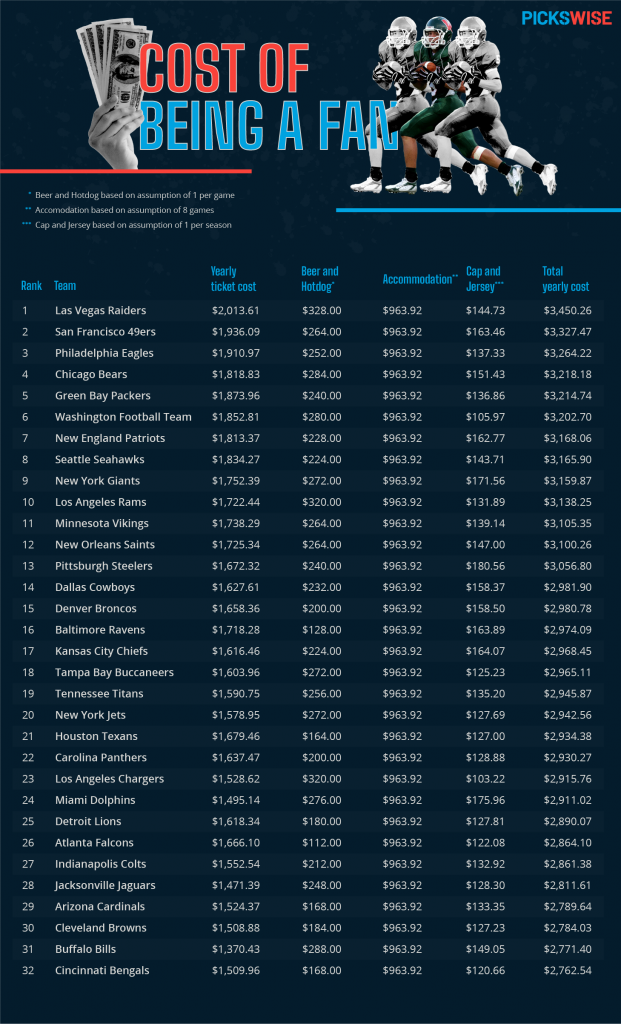 The supporters that are afforded the best value for money

We’ve explored which NFL fans spend the most supporting their side, but which set of followers are granted the best value for money?

Comparing the total paid with the respective number of touchdowns witnessed during the 2020 season, it’s Buffalo Bills fans whose money goes the furthest, paying just $46.19 per score. Tennessee Titans ($47.51) and Green Bay Packers ($48.71) fans are also treated to great value football, each also paying out less than $50 per touchdown.

Following a team through thick and thin can be expensive, but experiencing the highs of victory always makes it worthwhile. For all the latest news, expert insight, and interesting analysis, discover all the latest in the world of NFL. 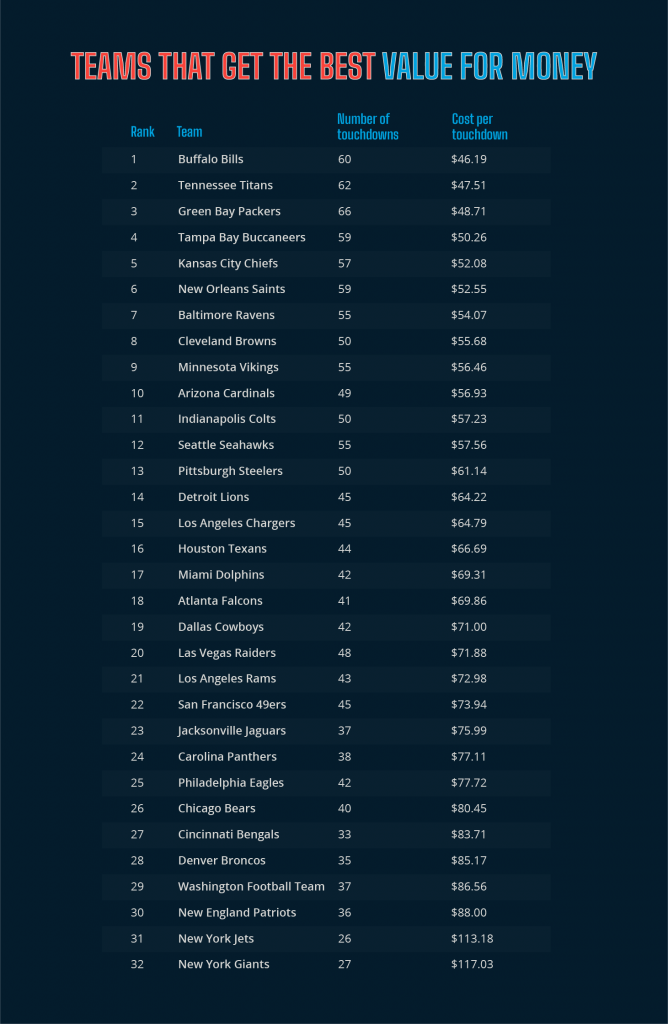 Pickswise is the home of free expert  NFL Picks. Our NFL handicappers provide detailed insight and analysis into every game of the NFL season right through to our Super Bowl Predictions.