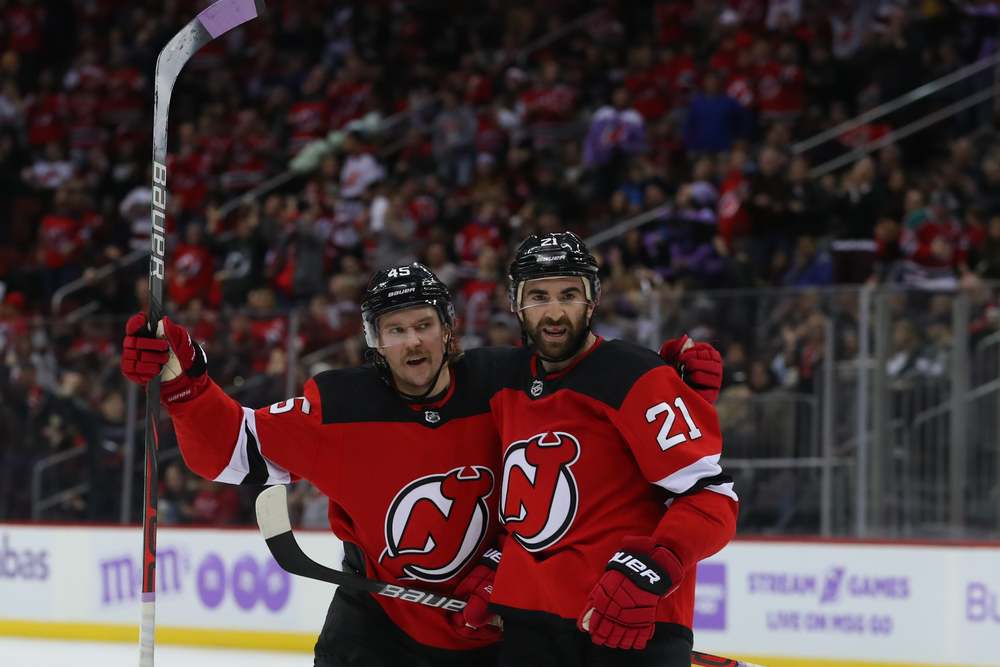 Biggest Disappointing teams in the NHL

As the NHL moves to the midway point of the 2019-20 season, there are many teams throughout the league who have had less than hoped seasons thus far. The Capitals, Bruins, Blues and many others have performed to the level most expected, but then there are the teams who have been serious contenders for years, that have had unexpected results so far this season. The Detroit Red Wings shouldn’t come as a surprise as the worst team in the NHL, but they aren’t the biggest disappointment so far this season.  With the struggles well documented for most of the teams that make this list, its time to dive into the most disappointing teams in the NHL.

The Devils had hoped to be an underdog contender in the Metropolitan Divison this season. Too bad the results haven’t gone their way, as New Jersey is in last place currently in the division. No other team had higher expectations then the Devils heading into the 2019-20 season. With the trade for P.K. Subban, it looked like the Devils had built a roster that could become contenders, along with a strong unit of Taylor Hall, Nico Hischier and Jack Hughes. Not figuring out the goaltending spot has been the biggest piece that has kept New Jersey from the level they had hoped. However, instead of being a playoff contender, they Devils went a different direction and ultimately traded Taylor Hall to Arizona. The retooling of this team is proven, but no one expected the Devils to be behind the Ottawa Senators in the standings. That might be the biggest disappointment of all for New Jersey.

The offseason saw Nashville be the giving type, as they gave Matt Duchene, Viktor Arvidsson, and Roman Josi major contracts. A strong start gave the Predators high hopes going forward, but since they have fallen off quite a bit. So much so that following a major six-game losing streak, Nashville just could never regain their early success, and their goal scoring has dropped off considerably. This team has gone from one of the most productive scoring teams in the NHL to 18th in the league with an average of 2.9 goals per game. The struggles for both Pekka Rinne and Juuse Saros in the net haven’t helped the Predators effort. So much poor play led to the firing of head coach Peter Laviolette, who as the head man in Nashville never missed the playoffs. The window for the Predators might have suddenly slammed shut. Nashville struggling has to be one of the biggest shocks of all this season.

Hopes were pretty high for this season, coming off a Conference Finals appearance for the Sharks. However, San Jose finds itself near the bottom of the Western Conference Standings. It hasn’t been due to major injuries, but their goaltending has been a major weakness much like a season ago. San Jose had a two-goal lead over the Capitals a couple of games ago with two minutes remaining in the third period, but ultimately blew the leading and losing in overtime.  This wasn’t the first time that has happened this season, as the Sharks have had a real problem with allowing goals in the third period. They lead the league with 56 goals given up in the final five minutes of the third period this season. The struggles for San Jose led to the firing of Peter DeBoer in the hope that it would give the Sharks a new life. If their struggles continue then the Sharks will miss the playoffs for just the seventh time in their 28 years of existence. Like the Devils and Predators, San Jose is having a season to forget.