Have you ever found yourself watching a Sunday night football game between the Los Angeles Rams and Buffalo Bills in which one team is leading by double-digits in the third quarter? How about when the Warriors are beating the Grizzlies by 30 points in the second half? Or the Penguins have a five-goal cushion on the Canucks in the third period? Like others, you likely lost interest when the game got out of hand and changed the channel to something else. However that can all change with learning how to bet.

What if you had dabbled into the world of sports betting and invested a rooting interest in more than just the eventual winning team of those aforementioned games? Suddenly, Rams vs. Bills, Warriors vs. Grizzlies, and Penguins vs. Canucks can hold you captivated until the final buzzer. ‘Will Rams win by more than 13.5 points?’ ‘Will Steph Curry score 40?’ ‘Will the Penguins and Canucks combine to score more than six goals?’ Those—and many others—are the kinds of questions that you could be asking yourself.

There is no guarantee that sports betting will be lucrative for you. But as long as you do it responsibility and are not risking your life savings, it is without question fun. And with just a little bit of basic knowledge, there is a decent chance it will be both exhilarating and productive in terms of resulting in some hard-earned cash.

The most basic sports bet is an against the spread pick. Let’s take one of our previous examples and hypothetically say that the Warriors are favored to beat the Grizzlies by 11.5 points. With a spread of 11.5, you can either take the Warriors -11.5 (meaning you think Curry and company will win by more than 11.5 points) or you can go with the Grizzlies +11.5 (meaning you think that even though the underdogs may lose the game outright, they will lose by less than 11.5 points).

Another common bet is the money line. Let’s say you think the Warriors will win their game against Memphis, but you aren’t confident they will win by more than 11.5 points (in other words, you aren’t confident they will “cover” the -11.5 spread). You can take the money line, simply picking the Warriors to win the game outright. Even if Golden State wins by just one point, the bet pays out.

Of course, with less risk naturally comes less reward. If you money line the Warriors, the payout (or odds, so to speak) might be -500. That means a successful $5 bet would win you a profit of $1 (for a total payout of $6). $10 would win you a profit of $2, etc. With a successful against the spread bet on Golden State, on the other hand, you might profit $9.20 (you don’t necessarily profit the entire amount of your bet because, let’s face it, the bookies/bookmaker/Vegas/etc. takes a small commission on every bet. After all, if the house lost more than it won, sports betting wouldn’t exist!).

Now let’s say you are convinced the Warriors will win but don’t feel like a profit of $2 is worth making a bet. Perhaps on the same night the Celtics are -9 favorites over the Hawks and the money line on them is -400. You can make a “parlay” bet with both Golden State at -500 and Boston at -400. Both teams have to win in order for the bet to pay out. But with extra risk comes extra reward. Now a $10 bet nets you a profit of $5.

More hardcore bettors may not like either the ATS or the ML on a certain game and are tempted to “tease” the spread. That’s when they might take Golden State -5.5 instead of -11.5, but the payout would be much less than an ATS bet. They might profit $5 instead of $9.20. They can also tease it in the other direction if they’re super confident a blowout is in store. Teasing the Warriors to -19.5, for example, might profit them $30 on a $10 wager.

While the above terms may sound foreign to a first-time sports bettor, the basic principle applies to all aspects of life: the higher the risk, the higher the reward; lower risk, lower reward.

Everyone has their general favorite plays, and you will find your niche as you become more experienced. A few of ours are:

– in NHL, picking a favorite—and a clear-cut better team—to win by more than 1.5 goals

– in MLB, picking an obviously superior team that also has a favorable pitching matchup to win by more than 1.5 runs

There are lots of ways to win in sports betting. And while there is no guarantee that it will happen, with this little bit of knowledge and perhaps a little bit of luck, you may be seeing green sooner rather than later. Good luck! And have fun!

Tennis 16h ago
Preview and picks for this weeks ATP events in Dubai, Acapulco, and Santiago

NBA 14h ago
The East's Second Seed is Especially Important 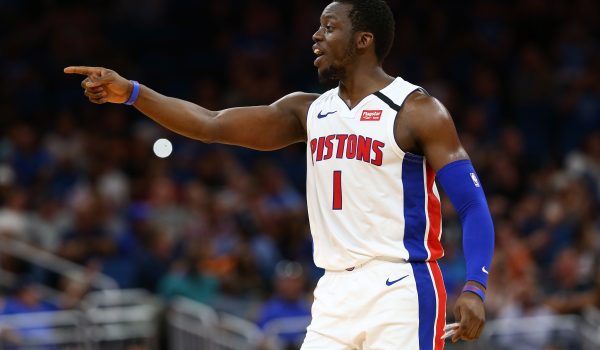