Year one under head coach Pat Shurmur could have been worse for the New York Giants. In fact, it was worse through exactly one half of the season. At that point, the Giants were saddled with a 1-7 record and seemingly in line for a second consecutive top-two pick in the NFL Draft. But they got going thereafter, winning four of five games during one stretch and settling for a not entirely horrendous 5-11 finish. Eli Manning turned out to be serviceable enough to keep around for at least one last dance (cue the tribute to Dwyane Wade for his recent heroics against Golden State) and it also appears that the team might hang on to the mercurial Odell Beckham Jr. As for Saquon Barkley, he clearly looks like the face of the franchise for years and years to come. Let’s dive into the New York Giants Betting Recap for the 2018 season.

Rookie of the Year

Barkley went off as a heavy favorite to win Offensive Rookie of the Year in 2018 (+170; Cleveland quarterback Baker Mayfield was a +600 second choice). To say he did not disappoint under the weight of those expectations would be a gross understatement. The former Penn State standout rushed for 106 yards and one touchdown during a Week1 loss to Jacksonville and was off to the races. There were some inconsistent patches (understandable for a rookie playing behind an atrocious offensive line), but for the most part Barkley was one of the best running backs in the entire league from start to finish. When it was all said and done, he gained 1,307 yards on 261 carries and scored 11 touchdowns. Oh; let’s not forget his contributions to New York’s aerial attack. Barkley was the Giants’ leading pass-catcher with 91 receptions, which he turned into 721 yards and four scores. Mayfield, the No. 1 overall pick, did extremely well to make this race competitive, but ultimately it was Barkley’s award.

Giants Against the Spread

If you backed Barkley for OROY honors, you almost certainly came out better than you did if you backed—or faded, for that matter—the Giants against spreads throughout the 2018 campaign. They finished 8-7-1 ATS following a slow start and a hot finish. With its 1-7 SU record out of the gates, New York was 3-5 ATS (it covered in losses at Carolina and Atlanta, which came by a combined five points). Once Barkley really got rolling and Manning began throwing the ball to his own team more often than the other, the Giants went on a 4-0-1 ATS run before going 1-2 ATS in their final three outings.

The over/under also didn’t do much for anyone, as NYG finished 9-7 O/U. That isn’t particularly surprising, either; the Giants were mediocre on offense (17th in the NFL) and bad but not terrible defensively (24th). They were 16th in scoring offense and 23rd in scoring defense. Interestingly, the over was 3-1 in their last four games even though Beckham was sidelined by injury.

Which road will the Giants take? They haven’t exactly shut the door with parting ways from both Manning and Beckham this offseason. At the same time, they don’t sound opposed to keeping those two around—hoping that an ever-improving Barkley, another top-six pick in the draft, and perhaps some other additions will be enough to make a run in the always wide-open NFC East. As for the Super Bowl? Let’s not get carried away; the Giants are +4000 to win it all. 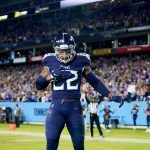