2022 NHL Playoff Schedule, Key Dates, How To Watch and Odds 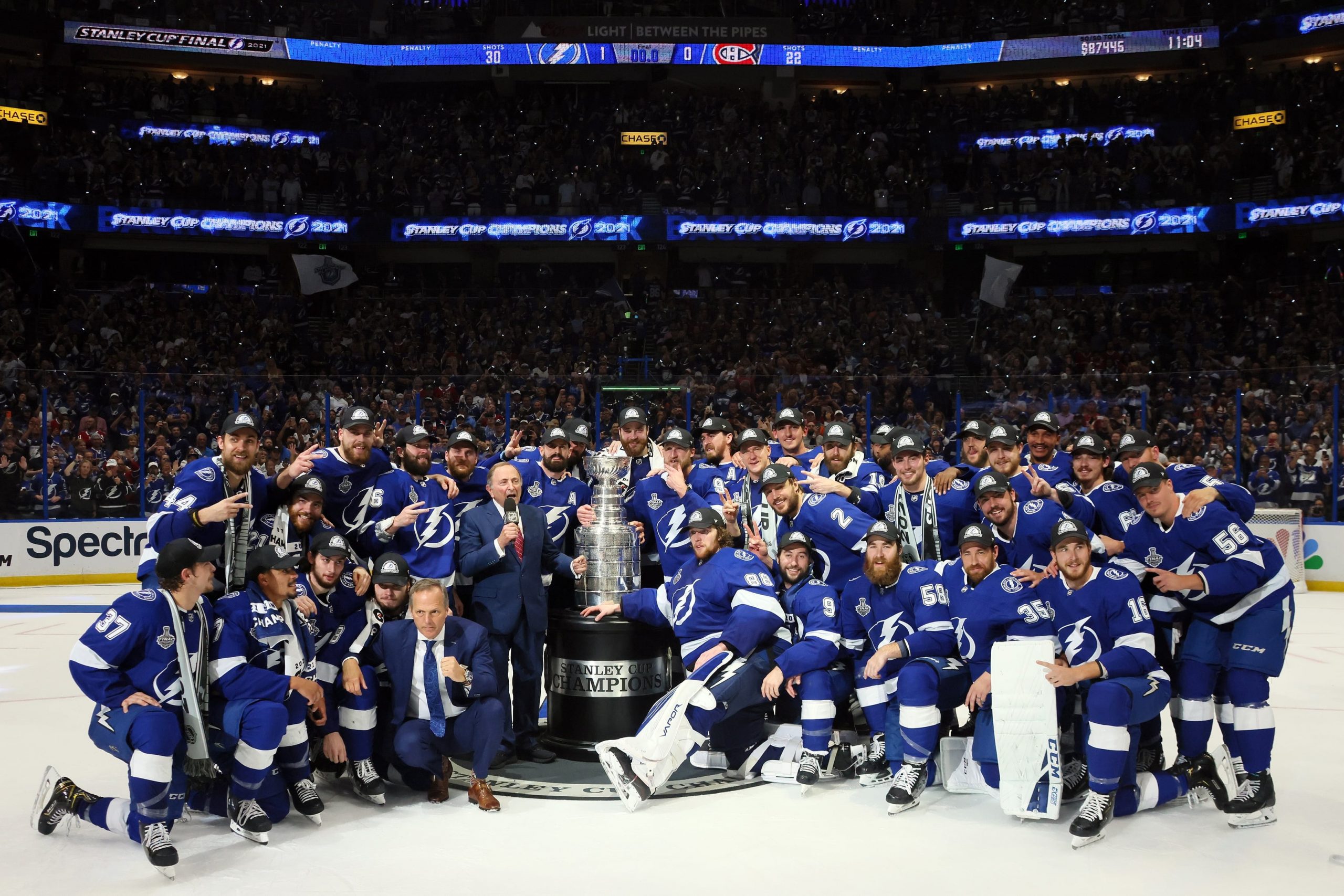 It’s the most exciting time of the year for hockey fans — it’s NHL Playoffs time. After a grueling regular-season schedule, we have whittled down the Stanley Cup contenders from 32 to 16 and for those franchises still standing after 82 games, this is where the hard work really begins.

There’s plenty to unpack before the puck drops for the postseason so let’s take a look at all you need to know about the NHL playoffs.

When do the NHL playoffs start?

The final game of the NHL regular season takes place on Sunday, May 1 with the NHL playoffs starting a day later on Monday, May 2.

When do the NHL playoffs finish?

The NHL playoffs are scheduled to wrap up in June with the date for the Stanley Cup finals still to be confirmed, depending on when the earlier series finish.

After two years of COVID-altered playoff runs, the NHL returns to its more traditional postseason setup in 2022. Eight teams from each conference have qualified for the postseason with the champions in the East and West determined over three rounds before they then meet in the Stanley Cup Finals.

Each round of the playoffs consists of a best-of-seven series with the first team to chalk up four wins moving on to the next stage, or in the case of the Finals, being crowned champion. Each playoff series has a 2–2–1–1–1 format with the higher-seeded team having the advantage of an extra home game if required for the first two rounds of the playoffs. That higher seed will have home-ice advantage in games one, two, five and seven, with their opponents hosting games three, four and six.

For the Conference Championships and Stanley Cup Finals series, the team with the better regular season record will receive home advantage.

Which teams are in the 2022 NHL playoffs?

Who are the favorites to win the 2022 Stanley Cup?

The Colorado Avalanche entered the season as favorites to get their hands on Lord Stanley’s Mug and that is where they remain, priced at +320 with FanDuel.

The Avs represent the Western Conference’s top chance to win the Stanley Cup, with the Florida Panthers the shortest-priced of the teams in the east at +550. Cast your mind back to the start of the regular season and you might remember we liked both the Avalanche and Panthers to have big years, while also suggesting the Oilers as a Stanley Cup outsider.

The Tampa Bay Lightning are the reigning Stanley Cup champions and are looking to become the first team since the New York Islanders won four in a row between 1980-84 to win three successive Stanley Cups. Only three teams have ever managed to win three in a row; the Islanders, Toronto Maple Leafs and Montreal Canadiens.

The Lightning are one of just seven different teams to have won the Stanley Cup since 2009 with the Pittsburgh Penguins and Chicago Blackhawks winning three times, the LA Kings triumphing twice and the Boston Bruins, Washington Capitals and St. Louis Blues enjoying one-off successes.

The Blues are one of only two teams, along with the Carolina Hurricanes (2006), to have won the Stanley Cup having missed the playoffs the previous season in a run that stretches back to the cancelled 2004-05 season. The teams who missed the playoffs last year but have qualified in 2022 are the New York Rangers and Calgary Flames, with the Dallas Stars and LA Kings potentially joining them.

That was as close as the Preds have come to winning the Stanley Cup and they are one of three teams confirmed in the playoffs to have never won the cup, along with the Panthers and Wild.

What TV channel are the NHL playoffs on?

As part of the NHL’s new TV deal for this season, the playoffs will be on ESPN, ABC and TNT in the United States.

For the first three rounds of the playoffs, half of the games will be on ESPN or ABC, with the other half on TNT. The finals will be broadcast on ESPN or ABC.

In Canada, the playoffs will be broadcast on Sportsnet.