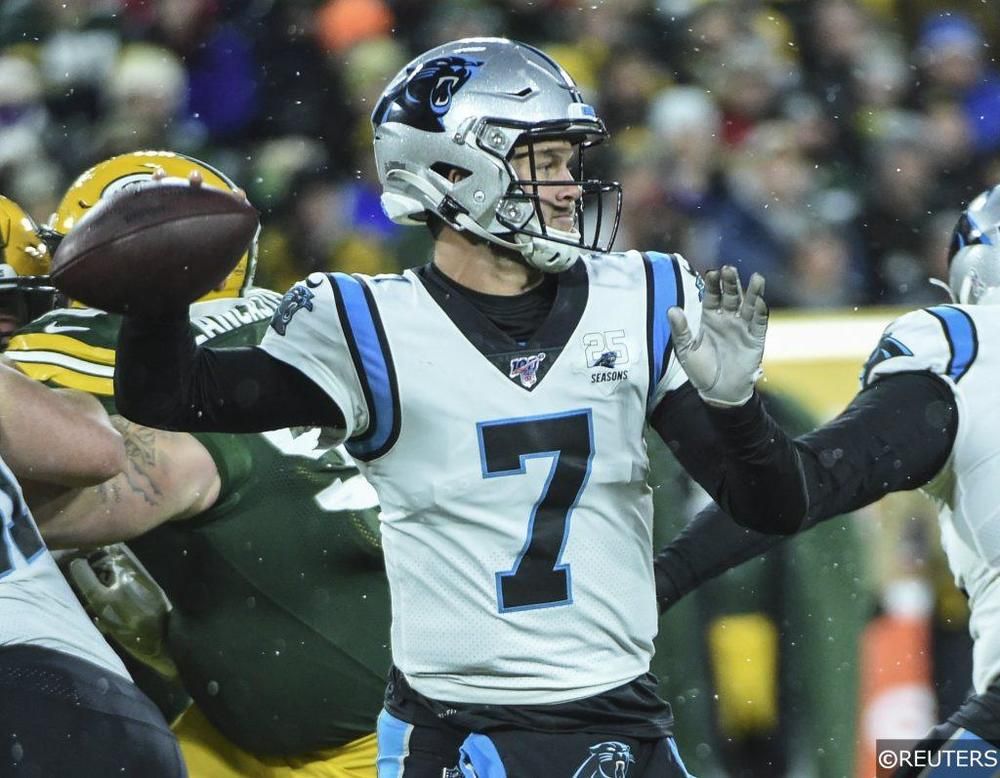 The NFL Playoff standing has changed dramatically following a very telling week 13, but now its time to focus on week 14. Many teams are still trying to improve their records. This is definitely a week to do just that, as the Chicago Bears have already taken down the Dallas Cowboys on Thursday Night Football. With the loss fo Dallas, it has assured that the NFC East will have a division winner with a losing record. Plenty of make or break games ahead on this week’s NFL slate. Which teams will assure their playoff spots this week? Let’s jump into the 5 things to watch in Week 14.

The AFC Wild Card race has become quite crowded as multiple teams sit at 7-5 or 6-6 with each having chances to make the playoffs in the AFC. The biggest match-up this week involving teams in the race is the Tennessee Titans and the Oakland Raiders. In what is essentially a win or go home game, the winner will sit in prime position, while the Loser is all but out of the hunt. This is most likely a must-win for the Titans, as their schedule ahead gets even harder with the Saints up next, and then two games against division-leading Houston Texans. This match-up is a bit under the radar, with plenty of other intriguing games on the schedule. Yet this is a game to keep an eye on.

The Patriots Need to Win

Sunday Night’s match-up in Houston sure didn’t go the way Patriots fans wanted it to go. The Texans were finally able to break their losing streak against New England. Tom Brady looks to have lost his mojo, or will he be able to once again prove the doubters wrong. Now the Patriots must refocus as they have a huge match-up in week 14, with Patrick Mahomes and the Chiefs visiting Gillette Stadium. The rematch from last season’s AFC Championship Game. A loss in this game will make it hard to think about what to make of the Patriots this season. Many thought they were going to be a Super Bowl Lock early, not so much now. Will Brady rise to the occasion? Or is it time to panic in New England?

How will the Panthers look?

A new direction for Carolina, as Ron Rivera is no longer the head man. He was able to lead them for nine seasons, which included just the organization’s second Super Bowl appearance. In all the end of an era, but not only for the head coach, but could also be the end of an era for quarterback Cam Newton. Newton will most likely not return to the Panther next season. A big division rivalry game against the Falcons this week, and how focused will this team be? A win for the Panthers could also send Falcons coach Dan Quinn into the unemployment line. A bit of an underrated storyline, but still something to watch in Week 14.

The high flying Baltimore Ravens will look for their 11th win of the season as they visit Buffalo for AFC clash with the Bills (9-3). Lamar Jackson has faced some tough defenses already this season, and he will look to exploit the Bills tough defense in this match-up. Buffalo would prefer teams to run against their defense rather than pass against it, but that could easily play into Baltimore’s hands, as behind Mark Ingram and Lamar Jackson’s run abilities, the Bills could be in for a long day. Can Buffalo keep up with the Ravens’ offense? It will be interesting to see and is one of the best bets of the week.

How will the Vikings respond?

Well, Kirk Cousins dropped to 0-8 on Monday Night Football in his career, as the Vikings came up short in Seattle in a very interesting match-up. Now Minnesota must find a way to respond as they get divisional foe the Detroit Lions in town and must avoid an uncalled for loss in this match-up. Dalvin Cook looks to be limited moving forward, so the Vikings will have to lean on rookie running back Alexander Mattison. Minnesota can ill-afford any more losses against teams in their division, as they look to stay in the hunt in the NFC North. A win in this match-up would go a long way, as the Vikings sit a game back of Green Bay. Luckily Minnesota plays three of their final four games at home, starting with this game against Detroit.