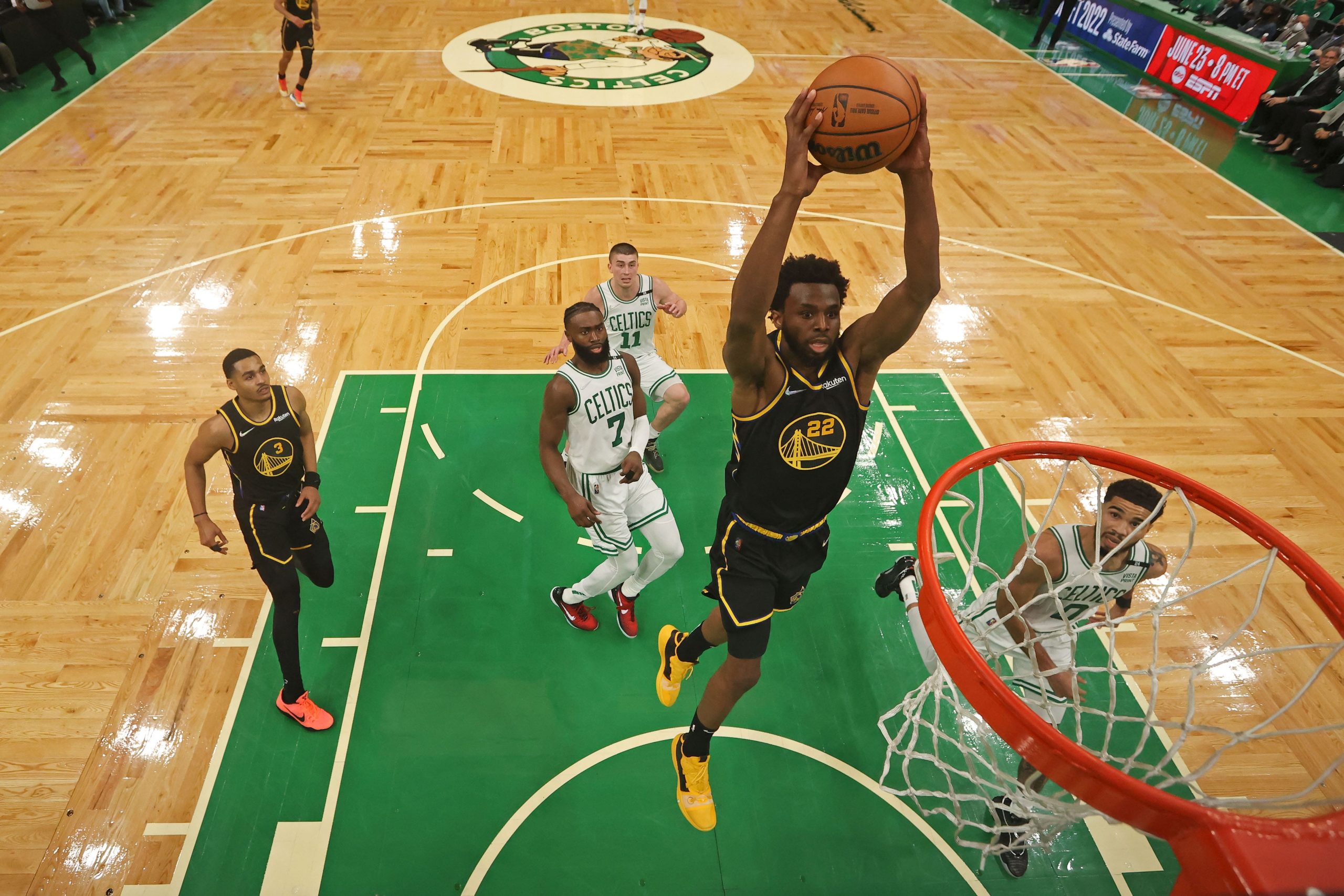 The NBA finals resume between the Warriors and Celtics in Boston tonight. The Celtics won Game 3, 116-100, to take a 2-1 lead in the series. My record is 107-85-1 for the season. Here are my player props picks for tonight.

As long as Andrew Wiggins gets the minutes, he’s a good bet to cash this prop. He played 35 minutes in Game 1 and had 20 points and 5 rebounds. A blowout in Game 2 limited him to 31 minutes and he fell short with 11 points and 6 rebounds. In Game 3, Wiggins played 40 minutes and had 18 points and 7 rebounds despite only shooting 1-for-6 from 3-point range.

Wiggins has gone over this total in 7 of his last 11 games and has at least 5 rebounds in 17 of 19 playoff games. If Stephen Curry is limited at all by his injury, Wiggins will need to contribute more offensively.

Jayson Tatum hasn’t been as strong on the boards in this series compared to the Heat series in which he averaged 8.3 rebounds. The Celtics forward has 5, 6 and 6 rebounds in the first 3 games against the Warriors. He hasn’t been around the basket as much and each starter on the floor can rebound for Boston. The other 4 starters each had at least 7 rebounds in Game 3.

Robert Williams looked good in Game 3 after being limited by his knee injury and had 10 rebounds in 26 minutes. If he can be as good again, it will hurt Tatum’s chances at rebounds. Tatum has gone under this total in 14 of 21 playoff games and could do so again tonight.