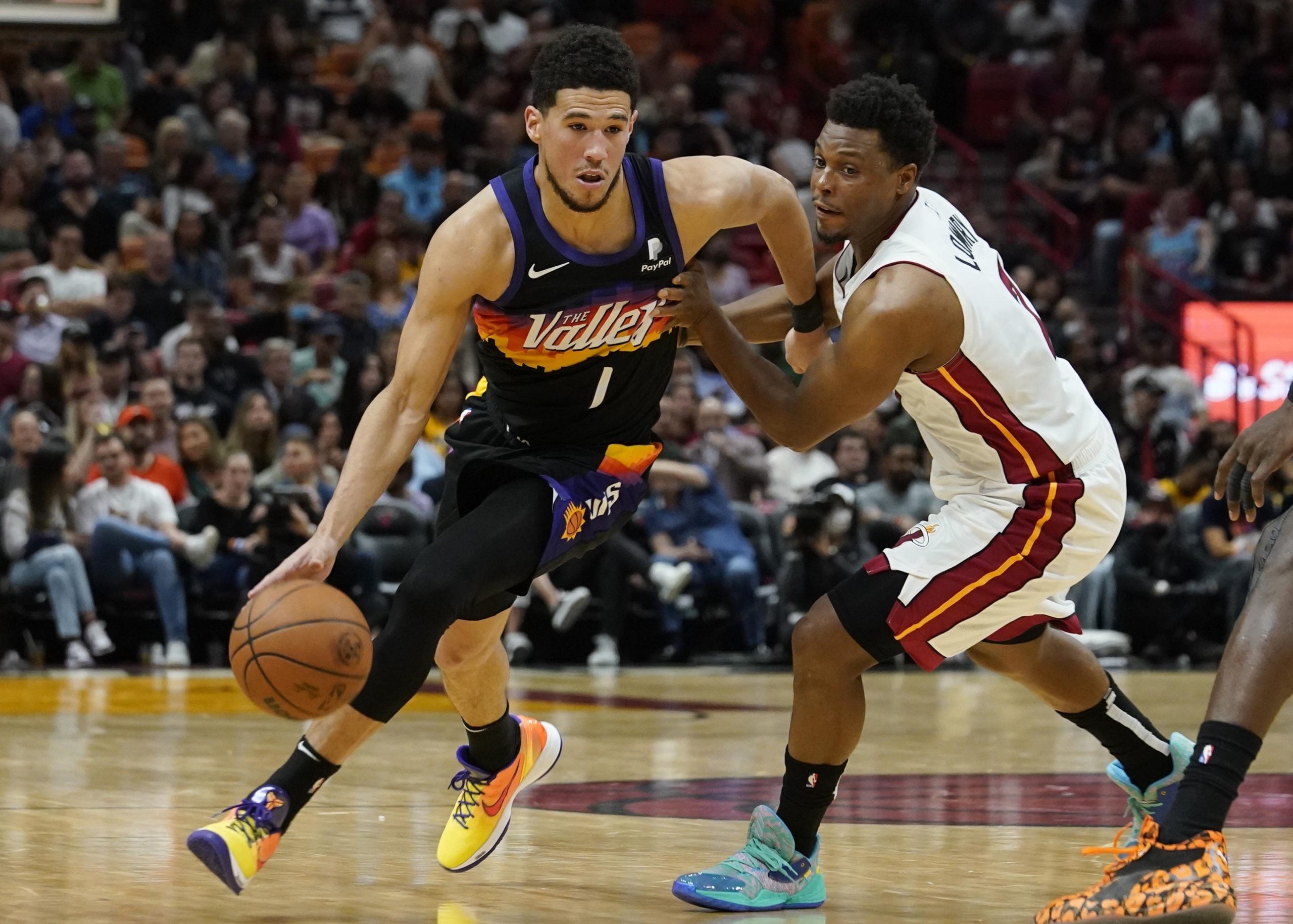 There are 10 games in the NBA Friday night. Two games have a line of 4 points or less and 2 have a line of at least 11 points. Four games have a total of at least 228 points. As always, stay up to date on the latest injury news since lines can change. Bets may be added throughout the day if additional spots that arise, so be sure to check back later in the day. My record is 65-49-1 for the season. Here are my picks for tonight.

Booker will have the ball in his hands more in the absence of Chris Paul. Even with Paul, Booker went over this total many times. Booker has played 4 games without Paul this season and had points+assist totals of 37, 35, 37 and 32. Booker returned from safety protocols on Wednesday against a good Heat defense and only took 12 shots from the field and still had 23 points and 9 assists. Booker’s rebounds and assists props are appealing, too.

In Dejounte we trust. Murray has been crushing his props this season. This total tends to be around 17.5 and it was 18.5 in the last game. The Jazz are a good defensive team, but not as dominant as last season. Murray played the Jazz on Dec. 17 and had 11 rebounds and 11 assists in a 128-126 win. Murray had gone over this total in 5 of the last 6 games and 8 of the last 10. He is averaging 8.4 rebounds and 9.4 assists per game on the season.

Rozier has been consistently going over this number lately. He has gone over this total in 8 of the last 11 games. He is coming off a bad game against the Celtics, who rank second in defensive efficiency, scoring 14 points on 5-for-17 from the field. Prior to that game, Rozier scored 30, 31, and 27 points. The Pelicans are going to be without Brandon Ingram and C.J. McCollum.