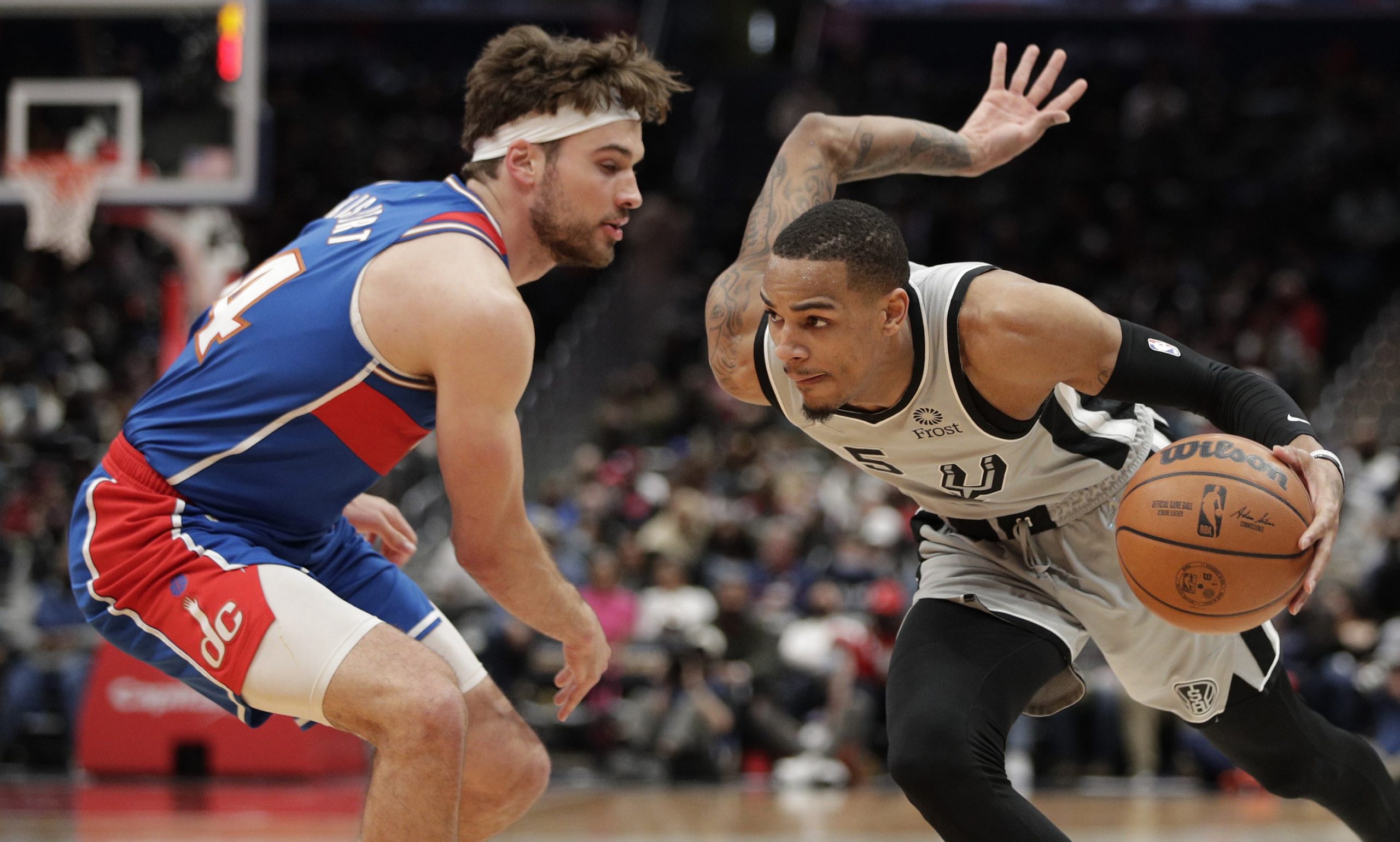 There are 12 games in the NBA on Friday night. Four have a line of 4 points or less and 3 have lines of at least 11 points. As always, stay up to date on the latest injury news since lines can change. Bets may be added throughout the day if additional spots that arise, so be sure to check back later in the day. My record is 70-54-1 for the season. Here are my picks for tonight.

Dejounte Murray has consistently gone over this total and he tends to come through on most of his props. His points prop of 23.5 points is also appealing. Murray has scored at least 25 points in 7 straight games. The Spurs guard has gone over this points, rebounds and assists total in 6 of the last 7 games. The one game he fell short was against the Jazz when the Spurs won 104-102 and Murray shot 9-for-23 from the field and had 27 points, 9 rebounds and 4 assists. The Pelicans are 22nd in defensive efficiency and 2nd-worst in the NBA over the last 3 games, so the opportunities should be there. Murray had 31 points, 12 assists and 7 rebounds against the Pelicans on February 12, and with New Orleans allowing at least 131 points in 4 of its last 6 games, he should be set for another productive game.

Tyrese Haliburton is coming off his worst game as a Pacer. He had 4 points and 8 assists in 30 minutes as the Pacers lost 135-102 to Memphis. However, this is the perfect spot for Haliburton to bounce back. The game total is 239.5 points and Houston is last in defensive efficiency and 3rd in pace. Haliburton has gone over this total in 10 of his 14 games with Indiana. Outside of the Memphis game, his points + assists totals have been 35, 29, 34, 26, 15, 27, 30 and 31 in the previous 8 games, so 26 or more looks very achievable in this spot.

Nikols Jokic is making a push for the Most Valuable Player award and has picked up his scoring in March. He is averaging 29.8 points over the last 8 games, and has gone over this total in 5 of those games, while shooting 61.8% from the field in March. The Cavaliers have struggled to defend centers without Jarrett Allen. Joel Embiid had 35 points in their last game and other centers to perform well against Cleveland recently are Ivica Zubac (24 points), Nikola Vucevic (20) and Bam Adebayo (30). Since the all-star break, the Cavaliers rank 26th in points allowed to centers. Take Jokic to have another strong game.

Booker has been crushing this prop recently, especially without Chris Paul. Booker has gone over this total in 9 of 11 games without Paul and is averaging 29 points in those games. Booker has taken at least 18 shots from the field in 4 straight games and is averaging 7.7 assists in the last 8 games. Since the All-Star break, Booker has PRA totals of 42, 38, 44, 40, 32, 42, 40 and 44. The Bulls are 19th in defensive efficiency and the game total is 231.5 points. Booker played the Bulls on Feb. 7 and had 38 points, 5 assists and 4 rebounds