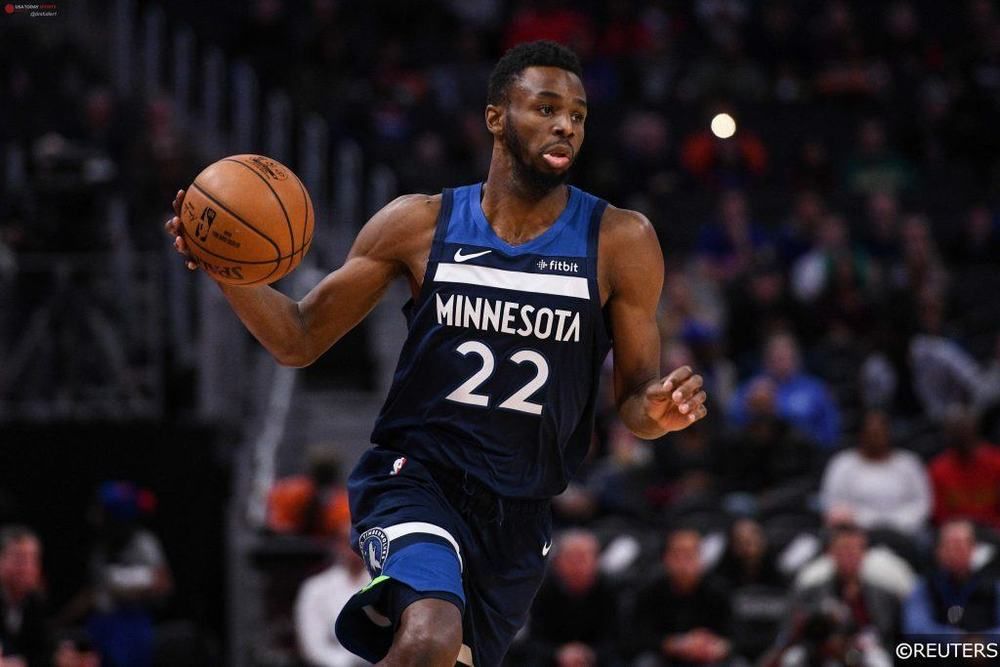 Coming into last offseason there were questions about who the Minnesota Timberwolves would target as their second star, and the team went hard after D’Angelo Russell. After Russell decided to go to the Golden State Warriors, many Wolves fans were disappointed, but it’s all working out okay because Andrew Wiggins has stepped up into that role.

Andrew Wiggins has missed a few games because of injury and it’s clear the Timberwolves really miss him. In years past when Wiggins missed a game, there really isn’t a whole lot of impact on the game, but this year he is the clear cut second-best player on the team.

On the season Wiggins is averaging 25.9 points, 5.1 rebounds and 3.6 assists per game. One of the biggest differences for Wiggins is his shot selection. Before this season he was taking a lot of long two’s, but this year he is driving to the basket or shooting the three. Last season 26.4 percent of his shots come from the midrange. This year that number has gone down to 16.5 percent.

Before this season Wiggins didn’t offer much outside of scoring, but this year he is being more of a distributor. He is averaging man assist more than last year, and the number could be even higher if some of his teammates would start hitting the wide-open threes.

The Wolves are hovering right around that eight spot in the Western Conference. Making the playoffs is going to be tough, but there is no reason the team can’t continue to have success without Andrew Wiggins. If you want to see our thoughts on individual games, make sure to check out our free NBA picks.

The Wolves locker room has been an issue at times the last few years, especially when Jimmy Butler was in town but two guys who never turned on eachother were Karl-Anthony Towns and Wiggins. Towns is having a big year averaging 27 points, 12.1 rebounds, 3.8 assists, and 1.4 steals.

Everyone knew Towns was going to be a star but he was always looking for his sidekick. Good news for Wolves fans is it looks like he has walked through the door. Wiggins and Towns can be the dynamic duo in Minnesota for many years to come.