Best college football player props for the Pac-12 Championship: Back the Brown-to-Williams connection 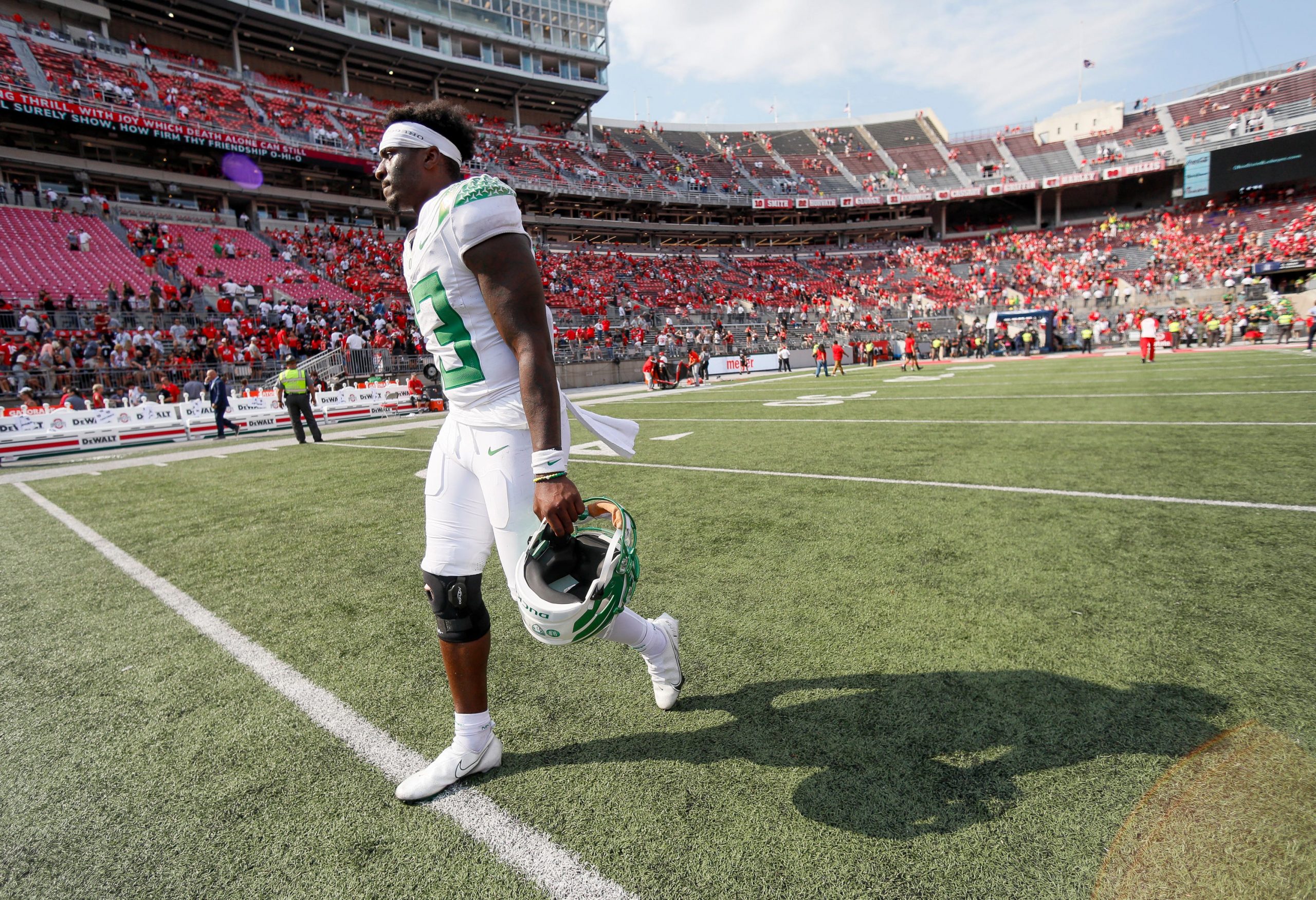 College football championship week is here, and it begins on Friday night with title games in the Pac-12 and Conference USA. It’s Oregon vs Utah and Western Kentucky vs UTSA, respectively.

For now we are focusing on the best prop bets for the Pac-12 festivities. Although neither Oregon nor Utah is in serious College Football Playoff contention, there is still plenty at stake — a potential Rose Bowl berth, to be exact. And who knows? If things go completely crazy on Saturday (such as losses by Michigan, Cincinnati, and Oklahoma State in addition to Alabama losing), either the Ducks or Utes could make a serious move in the rankings.

Let’s take a look at some player props that should be made.

Oregon gets another shot at Utah in the Pac-12 Championship, and you have to think it can’t possibly get any worse for the Ducks than the regular-season meeting between the two teams. They got blown out 38-7 at Utah on Nov. 20. Despite scoring only 7 points, Brown still passed for 231 yards — and he did it on only 17 completions. Asking him to surpass a mark of 210.5 in the rematch really isn’t too much. Although I think Oregon will make this one closer, I still expect the underdogs to lose and be playing from behind most if not all of the way. If that’s the case, Brown and company will have to air it out early and often. I expect a lot of attempts, a lot of completions (more than the 17 from 2 weeks ago), and a lot of passing yard for the Ducks even if it’s in a losing effort. It should also be noted that Brown went for 275 yards last weekend against Oregon State and has thrown for at least 231 yards in 4 of the past 6 outings.

Check out our full game preview for Oregon vs Utah

Oregon got blown out 38-7 in the first meeting between the two teams on Nov. 20. Despite scoring only 7 points, Williams still racked up 81 yards and a touchdown as Ducks quarterback threw for 231 yards. There is no way Oregon will be that bad this time around. That being said, I expect Utah to win again and be playing from ahead all or most of the way. If that’s the case, the Ducks will have to air it out early and often. I expect a lot of passing attempts by Brown, of which Williams will once again be the beneficiary. The sophomore receiver is coming off a 110-yard effort last week against Oregon State and he has recorded at least 67 yards in 5 of the past 7 contests. It should also be noted that Brown has thrown for at least 231 yards in 4 of the past 6 outings. The Ducks’ passing game has been working and it should again on Friday night.