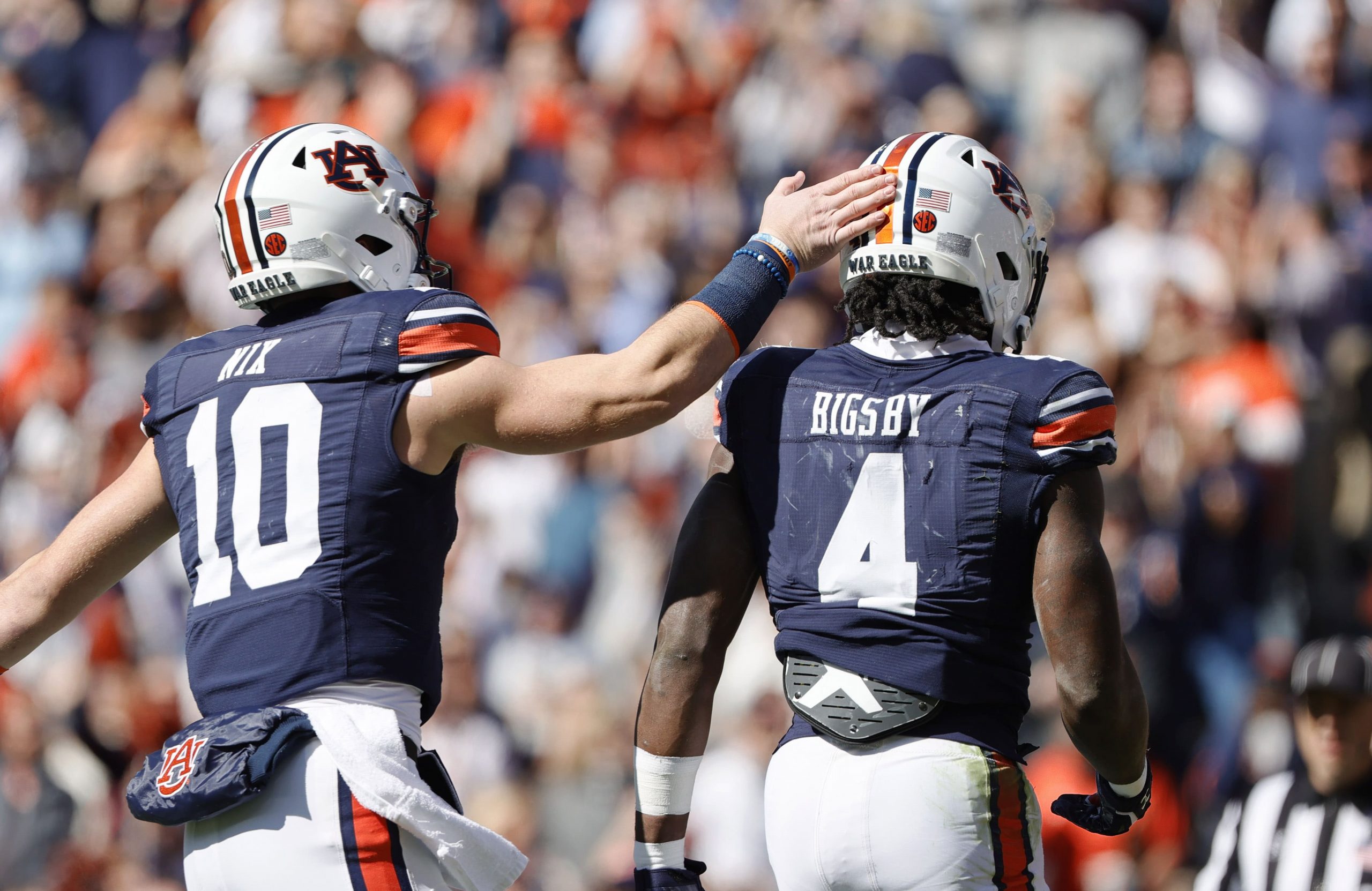 There has already been plenty of college football action during this Thanksgiving week, but there is still a lot more in store on Saturday. That’s what happens in rivalry week; football, football, and more football. Among the rivalry games on Saturday are Georgia vs Georgia Tech, Virginia vs Virginia Tech, Florida vs Florida State, Clemson vs South Carolina, Wisconsin vs Minnesota, and Stanford vs Notre Dame.

Of course, the biggest of all are Michigan vs Ohio State and Auburn vs Alabama. It is from those two showdowns where we find our best player prop bets for the weekend.

Stroud and Ohio State have been setting the world on fire of late, to the extent that he is now the Heisman Trophy favorite and the Buckeyes are the second favorites behind Georgia to win the National Championship. That is why the freshman’s passing yards quota is all the way up at 327.5.

I really wouldn’t be surprised by a big-time blowout in Ohio State’s favor (much bigger than the -7.5 spread suggests), which could actually work against Stroud in terms of his passing numbers. There is no need for style points; if the Buckeyes win out they are obviously in the College Football Playoff. The visitors just need to take care of their business and get him out of the game late. Whatever the case, Michigan is eighth in the entire nation in passing defense at 178.4 yards per game allowed. The Wolverines are seventh in yards per pass attempt allowed at 5.8.

Check out our full game preview for Ohio State vs Michigan

I don’t think Auburn is gonna win the football game (cue the voice of play-by-play commentator Rod Bramblett during Chris Davis “Kick Six” in 2013), but the Tigers can keep it close with a steady diet of Bigsby running the ball. Auburn’s actual defense isn’t great, so it’s best figurative defense will be to keep Heisman Trophy second choice Bryce Young and Alabama off the field. The way to do that is by keeping the ball on the ground and controlling the clock.

Enter Bigsby, who probably won’t go completely crazy against one of the best rushing defenses in the country but should be in line at least for a decent day at the offense. The Tide’s defensive numbers are inflated by facing a slew of inept opponents. However, Arkansas exceeded the 100-yard rushing mark last week and LSU’s Tyrion Davis-Price churned out 104 by himself against ‘Bama. Bigsby has surpassed this quota in 4 of Auburn’s last 5 contests – including a 164-yard effort last Saturday against South Carolina.

Check out our full game preview for Alabama vs Auburn