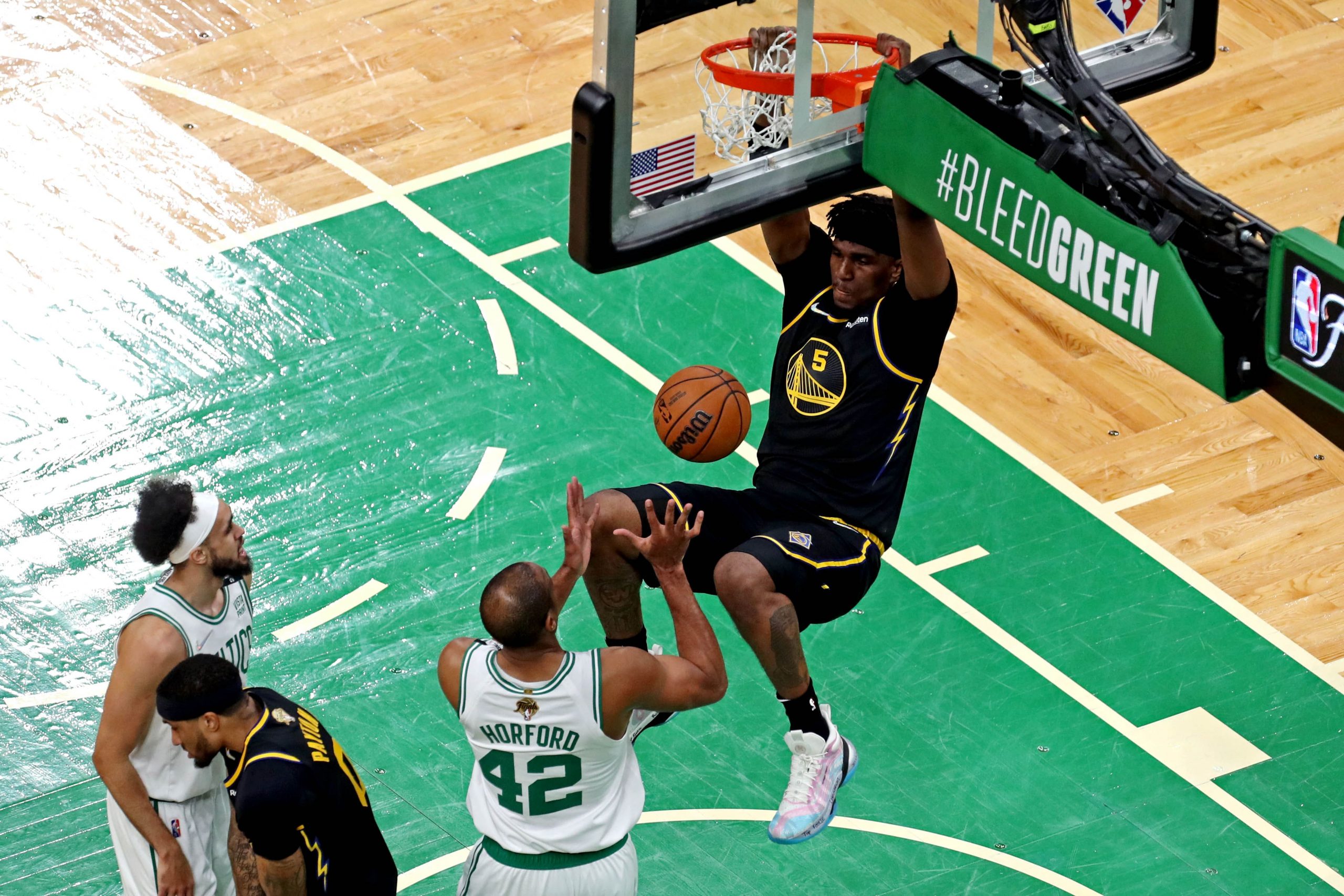 The Boston Celtics have put themselves in a great position for the rest of the NBA Finals. With a 2-1 lead, they have a chance to go a game away from winning the tittle if they can defend their home court tonight. After a disappointing display in Game 3 of the series, the Warriors will be looking to turn the tide. The health of Stephen Curry could play a major part on whether they are successful or not.

You can find our full game previews here. But for now check out my favorite player prop plays below.

Game 3 exposed a serious fault on the Golden State roster as they got completely dominated on the glass by the Celtics. The hosts won the rebounding battle 47-31, pulling down 9 more offensive rebounds in the process. To combat that, I am expecting the Warriors to turn to Kevon Looney. The center is leading the Warriors in rebounding percentage during the playoffs and should see an increased role tonight. Through the first 3 games of the NBA Finals Looney is averaging 7.7 rebounds per game. If given the opportunity to increase on the 21 minutes of action that he averages, he could flirt with double-digit rebounds tonight.

During the NBA Playoffs the Warriors center has been very efficient shooting the ball, making 67.5% of his attempts from the field. He is also making 61% of his free-throw attempts which could allow him to chip in a couple of points this way. The Warriors have several capable passers who are able to find the center in the paint. Looney has also already managed to drop 12 points in Game 2 of the series. With his teammates finding him in the paint, and the offensive rebounds he is capable of pulling down, there is a good chance he is able to make 3 or more field goals tonight.

The Celtics have deployed Jayson Tatum in the playmaker role. When Curry switches onto him, he is unable to prevent him from getting to the paint, which forces the Warriors to send help. That leaves shooters like Marcus Smart in a prime position to succeed. Smart has been able to attempt 7 or more 3-pointers on 9 occasions this postseason. In those games he has hit the over on this line 7 times. That includes 2 of the 3 games in this series.

During the playoffs Smart has not been one of the more prolific threats from the perimeter for the Celtics. Outside of Robert Williams III, he is the worst shooter of the starters, making 34.1% of his 3-pointers this postseason. I expect the Warriors to continue taking their chances by letting him be the one to take the shot. That should ensure he has a good volume of clean looks to help him hit the over on this line.