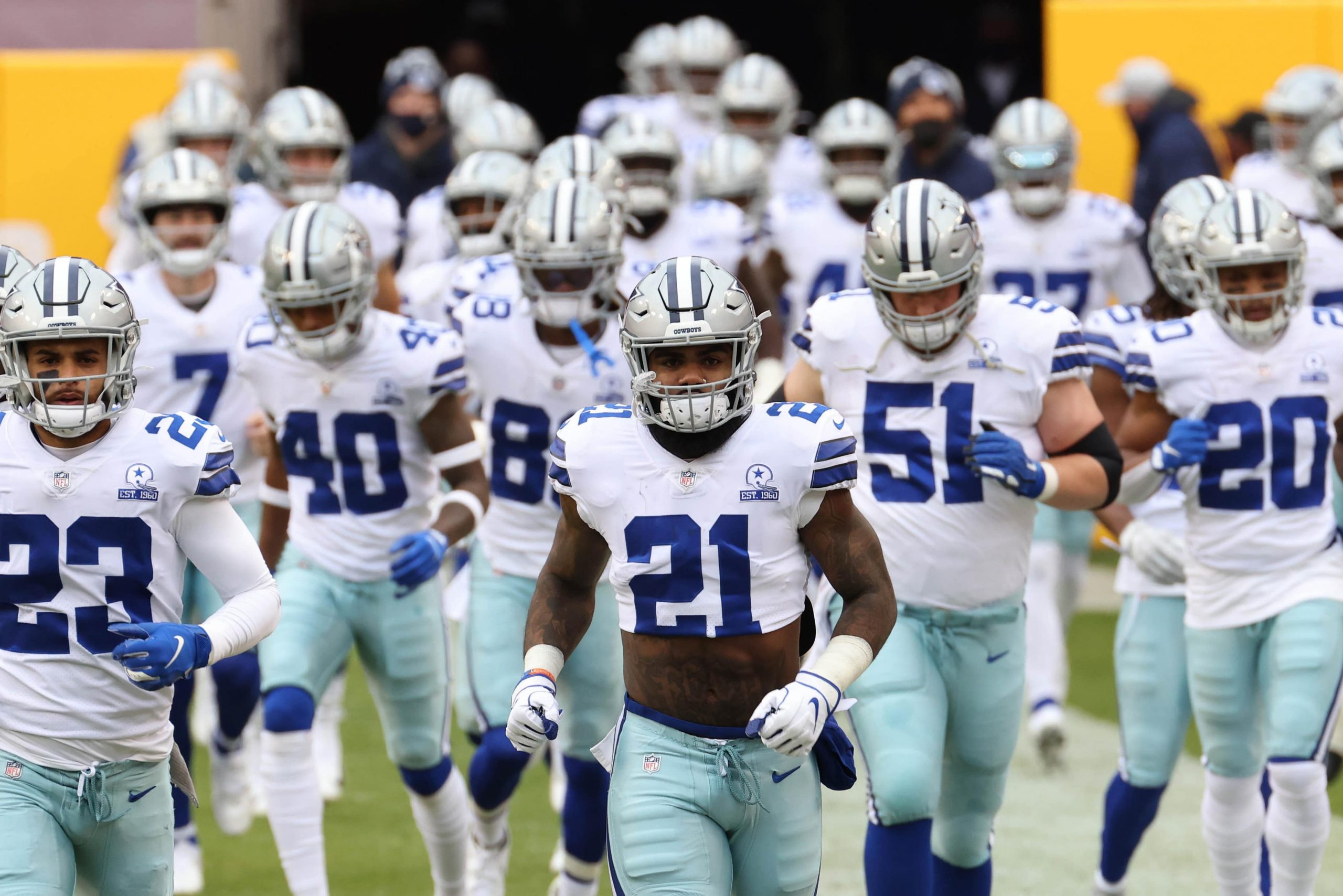 The final week of the 2020 NFL regular season is here. Yes, it looks like we are going to successfully make it through a full season despite being mired in a global pandemic. Who is going to end it with a bang? Or, in the case of players who will be taking their talents to the playoffs, who will pick up some momentum heading into the postseason? Let’s take a look at the four best anytime touchdown scorer value bets for Week 17.

Although the 2020 season was a disaster much of the way for the Cowboys, they are actually in mathematical contention for the NFC East title heading into Week 17. They have won two games in a row and things are looking up from an individual standpoint for Elliott, as well. He exceeded the 100-yard mark for just the second time during last weekend’s victory over Philadelphia. For the year, the former Ohio State standout (who will certainly be in a good mood following the Buckeyes’ CFP semifinal rout of Clemson!) has five rushing touchdowns and two receiving touchdowns. Dallas now faces a Giants defense that has struggled down the stretch.

It’s Falcons vs. Buccaneers for the second time in the span of three weeks. In last month’s head-to-head matchup, Ridley abused Tampa Bay to the tune of 163 yards and a TD on 10 catches. Julio Jones did not play in that contest and he is unlikely to suit up this time around, thus leaving WR1 duties to Ridley. The Bucs are awesome against the run, but they are in the bottom half of the NFL against the pass and have surrendered 27 touchdowns through the air.

Drew Brees now has two starts under his belt since returning from broken ribs and a collapsed lung and he looked better in the second game back than the first. All of that is good news for Cook, who is obviously more dangerous with Brees under center than with Taysom Hill throwing him the rock. The veteran out of South Carolina has found the endzone in two of New Orleans’ past four outings and he is coming off an 82-yard performance in a 52-33 Christmas Day victory over Minnesota. Meanwhile, Carolina’s defense is nothing special against the pass and does not do much in the way of getting to opposing quarterbacks.

Don’t be alarmed by the fact that Scott has scored only twice this season. He has rarely been Philadelphia’s starting RB, as that job has gone to Miles Sanders. However, Sanders is sidelined for this finale anf that means Scott’s workload will greatly increase. In one of Scott’s two starts, he racked up 92 yards from scrimmage and one TD against the Giants. The Eagles now run into the Football Team, who are third in the NFL defending the pass but less stout against the run (12th in the league). Philly will have to do its damage on the ground.