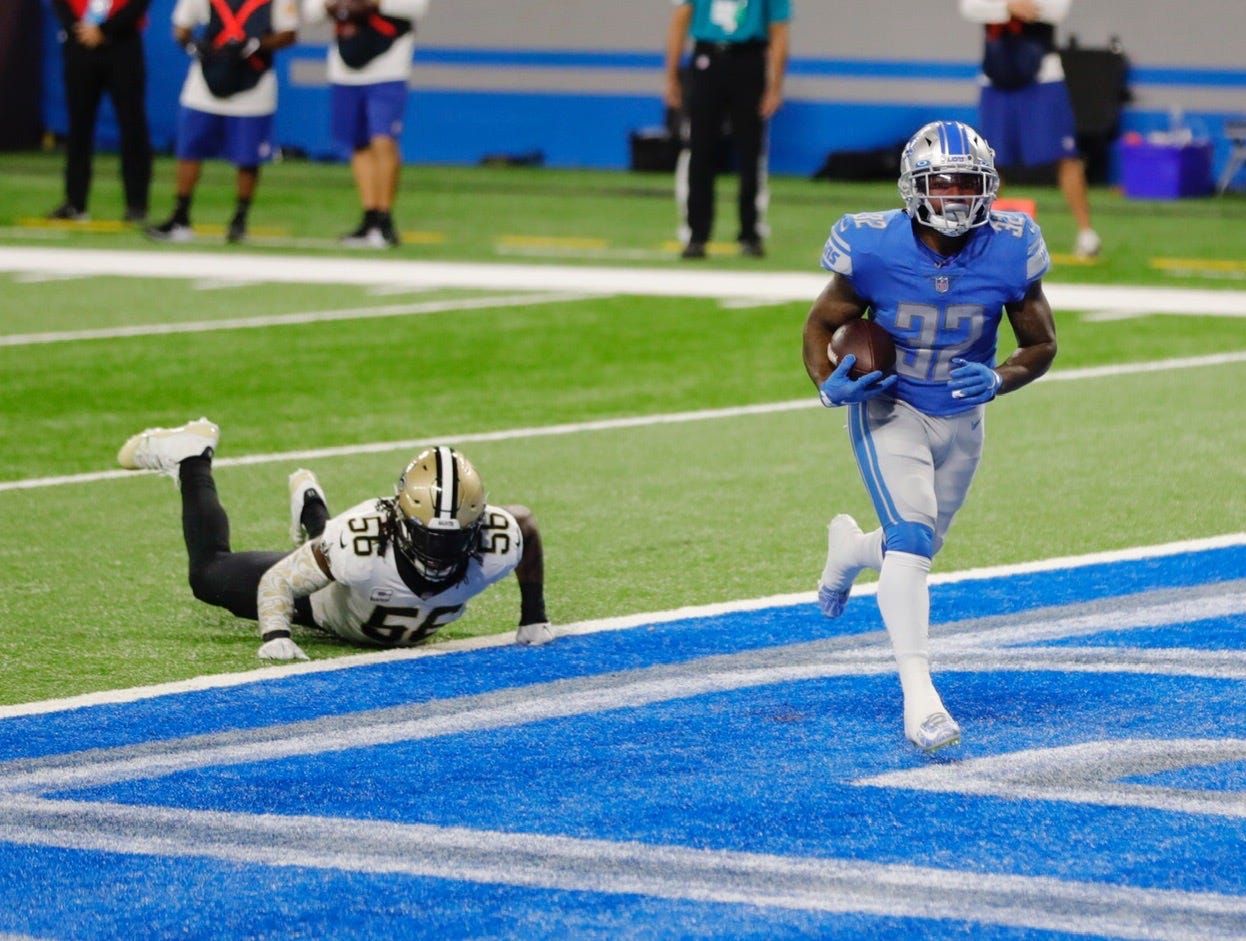 Since graduating from Davidson (The College That Stephen Curry Built), I have been writing about sports--just about any and all you can think of!--and coaching tennis in Atlanta, Ga. Beyond the four major sports, I am an avid tennis fan and cover the ATP Tour on a daily basis. If I'm not busy writing, you can generally find me on a tennis court or traveling the world wherever a sporting event takes me.
@Dimonator133
Updated: 15:26 PM ET October 31, 2020

Week 8 in the NFL does not boast the most intriguing slate of games, as only three pit teams with winning records against one another. Also, three of the four teams playing on Sunday Night Football and Monday Night Football hail from the dreadful NFC East. As such, why not spice up the weekend with some player prop bets?

Let’s take a look at one of the most popular props: they anytime touchdown scorer. Here are four of the best value bets to find the endzone on Sunday.

Miles Sanders is out, which means Scott is once again RB1 as the Eagles get ready for Sunday night’s potentially unwatchable matchup with the Cowboys. Scott made the most of his first such chance last week, when he racked up 92 yards from scrimmage and caught a touchdown pass during a 22-21 defeat of the Giants. The Dallas defense is beyond abysmal (dead last against the run, in fact), so Scott could go crazy.

Swift has been an automatic money-maker for us in the anytime touchdown scorer department over the past two weeks. He actually scored twice on Oct. 18 against Jacksonville before getting into the endzone again during last Sunday’s win over Atlanta. There is no reason to get off the bandwagon now. Yes, the Lions’ offense has a tough game of its hands in the form of the Indianapolis defense. Of course, that’s the only reason why you can get Swift at +135 instead of the minus money that he would come with against a less formidable opponent. The rookie out of Georgia has gotten 30 touches in the last two contests, so he is going to have opportunities—on the ground and probably through the air, as well. He is more than capable of capitalizing.

I like Higgins and Tyler Boyd as Cincinnati prepares to host the one-loss Titans, but we will go with Higgins for now since he yields a slightly larger payout (+190 to Boyd’s +180). The LSU-Clemson rookie connection that begins with quarterback Joe Burrow is off to an outstanding start in the NFL. Higgins has 27 receptions for 410 yards and three touchdowns. He scored once against Cleveland last weekend and should be able to victimize a Tennessee defense that ranks 26th in the NFL against the pass and has given up the sixth-most TD passes (15).

This is the best bet of the bunch due to the long odds. In fact, they are such that when I saw the +275 number on Agholor I thought me might be banged up and at risk of being unable to play when the Raiders visit Cleveland on Sunday. But that isn’t the case; he is simply getting disrespected—kind of like when he did by that viral Eagles fan after dropping a pass in a critical situation during a playoff game. Agholor has caught TDs in three straight games and he also had five receptions on nine targets for 107 yards last week against Tampa Bay. Now he faces a Browns defense that is 30th against the pass and has allowed the third-most touchdowns through the air.

In the age of the mobile quarterback, QBs such as Patrick Mahomes, Kyler Murray, Josh Allen, and Lamar Jackson are often seen rushing in for a touchdown on any given Sunday. And don’t forget the occasional Philly Special, either. QBs can sometimes catch passes for TDs, too.