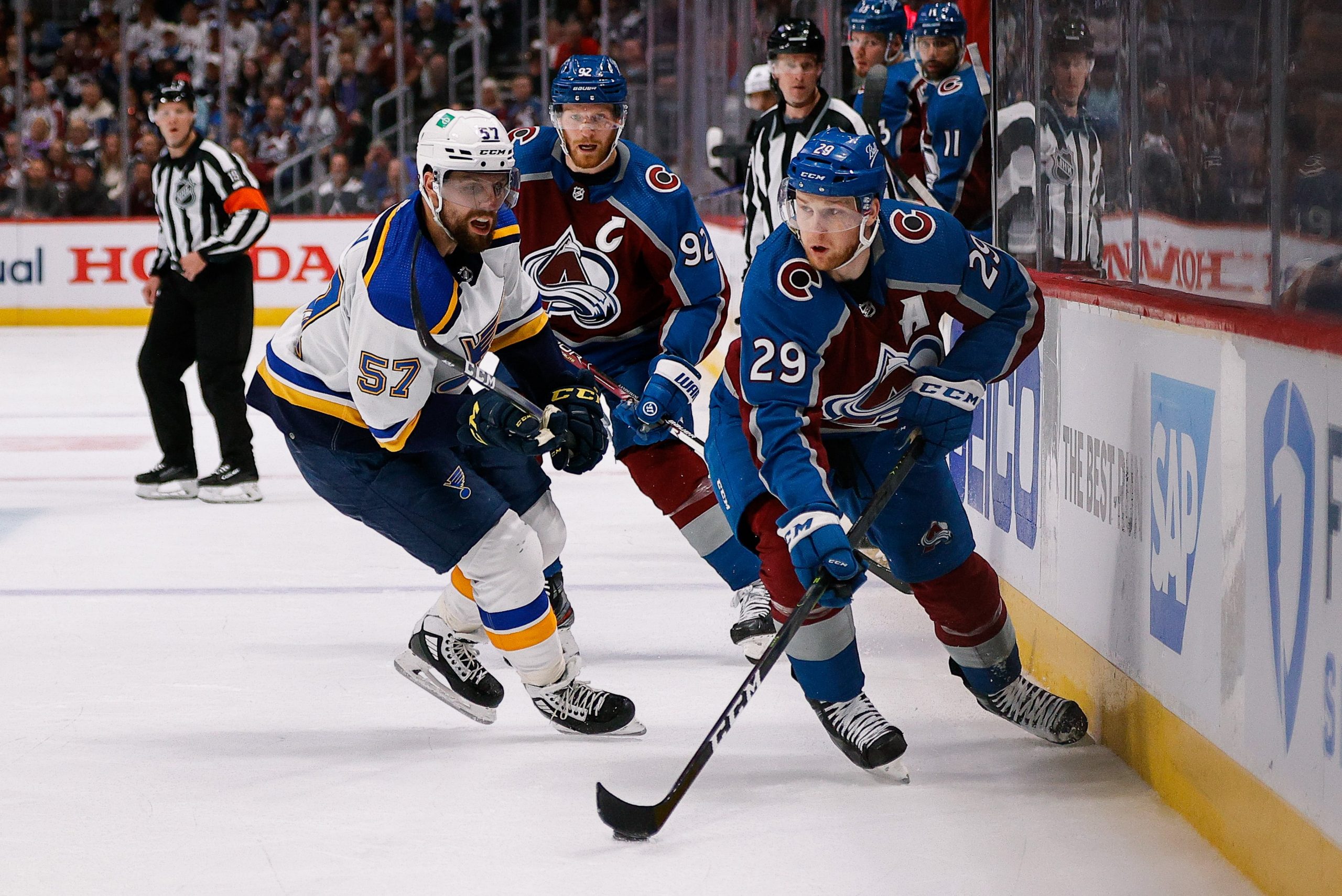 After 2 games each night thus far, the NHL schedule provides us with just 1 matchup on Saturday. We’ll have the enjoyment of 3 games on Sunday, but for now we’re focused on Colorado traveling to St. Louis for their Game 3. The Avalanche were stunned on home ice in Game 2, and will now need their superstars to step up to steal a road game for themselves. Along with our player props, be sure to stay up to date with all of our upcoming Stanley Cup playoff analysis.

There was consideration for Mikko Rantanen to end his current goal drought, but MacKinnon seems like the stronger option. They’re both phenomenal talents, but Rantanen seems to be off since his illness during the last week of the season. He hasn’t scored a goal in the past 9 games, dating back to around that time. More concerning has been his lack of shot-taking. Rantanen has taken just 1 or 2 shots in each postseason game other than one.

On the flip side, MacKinnon has been firing away. He’s recorded at least 6 shots on goal in every postseason game up until the most recent one. Although he hasn’t scored in either of the first 2 games of this series, he scored in each of the 4 games in the first round against the Predators. After seeing his ridiculous 8-shot performance in Game 1 against the Blues, there should be no concern with the superstar’s game plan. The Avalanche are going to need him to stay in attack mode if they want to regain the series lead. With Rantanen’s struggles, those around him need to step up and take a game from the Blues on the road. After a season of taking 299 shots and recording 32 goals in just 65 games, it’s time for MacKinnon to live up to his hype and take over this series.