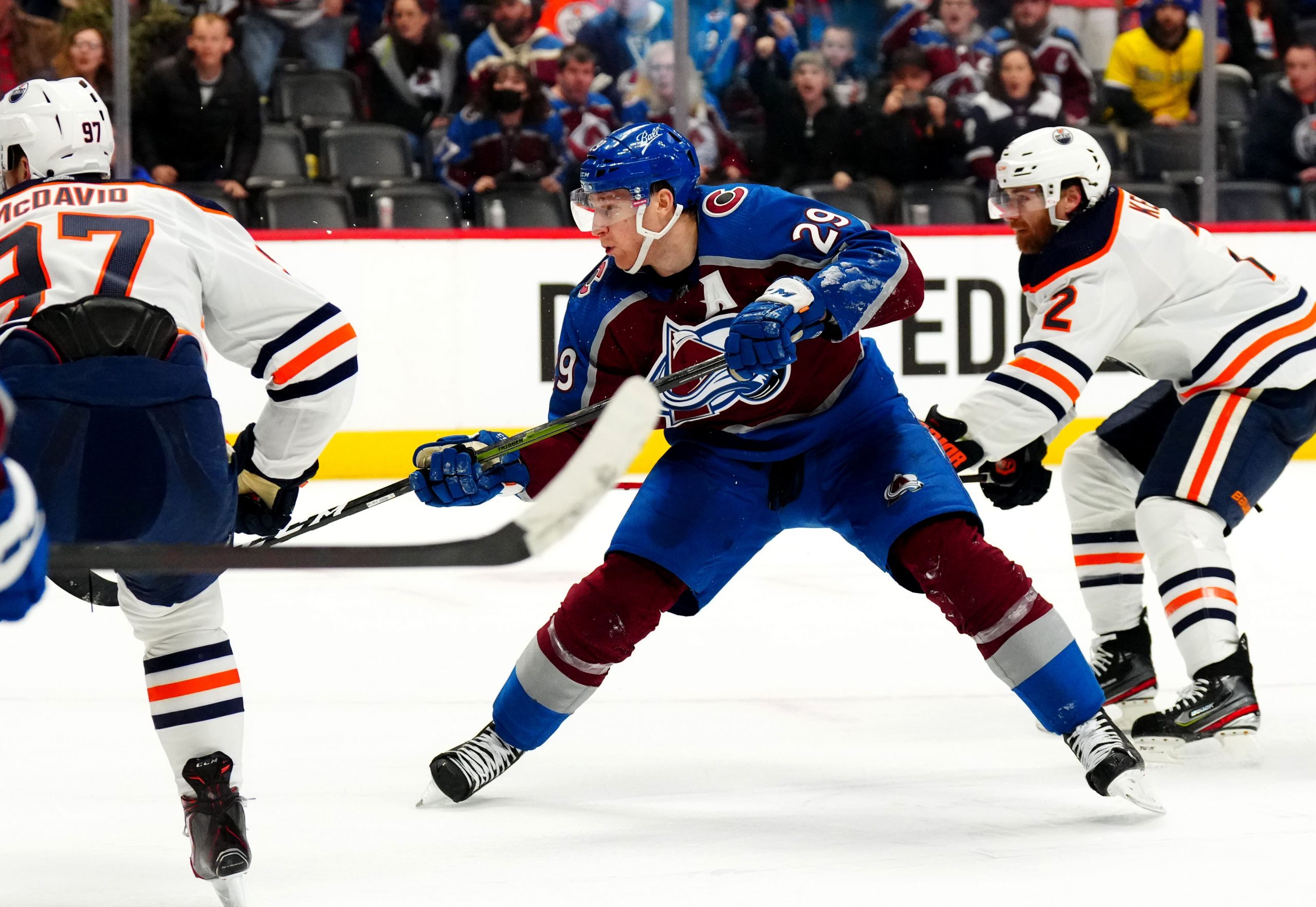 After the Rangers and Hurricanes kept fans waiting, the conference finals are finally here. They’re starting up with the Western Conference as the Oilers head into Colorado to take on the Avalanche. Both teams have had some extra rest, and there will be plenty of star power on the ice. Let’s focus on one of those superstars and how he can take advantage of his matchup. Along with our player props, be sure to check out all of our NHL analysis.

Most of our NHL player prop this season have focused on some great plus-money plays. Although that is not the case here, MacKinnon has proved he is worth the price. It’s a prop that has been targeted in the past, and has been profitable. The all-world skater is well-rested and has a great matchup against the visiting Oilers. Edmonton has great goal-scoring talent, but their struggles are on the defensive end of the ice. Specifically, they often leave their goaltender out to dry by allowing too many quality shots.

That is the perfect situation for MacKinnon, who is famous in part for his shot-taking. Despite missing 17 games this season, he still led the team with 299. With a 4.60 shots per game average, he was 2nd in the league behind only Auston Matthews. The Oilers entered the postseason with the most shots allowed per game of any team that made the playoffs. MacKinnon hasn’t really seemed to mind who he faces regardless. He began this postseason with shot totals of 6, 8, 6, 9, and 8. After having another 6 in Game 5 against the Blues, he’s cashed this prop in all but 1 of his home games in the playoffs. Given the matchup and MacKinnon’s willingness to take his chances, expect at least 5 shots on goal to begin this series.