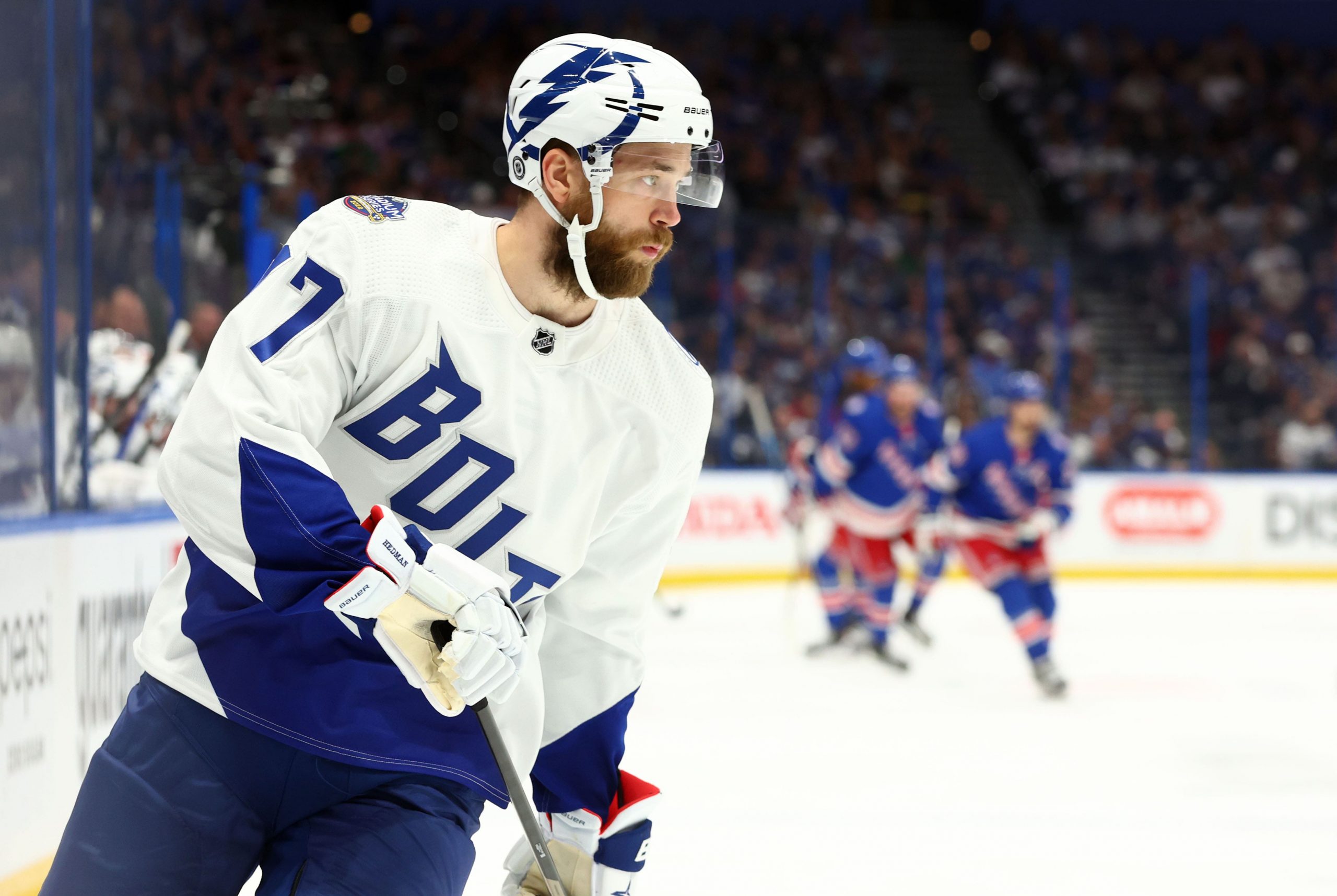 After the Rangers were taken to a Game 7 by the Carolina Hurricanes, they have had little time to rest. Their reward is facing the Tampa Bay Lightning, who are trying to win their 3rd straight Stanley Cup. They’ve had some well-earned rest after sweeping the Florida Panthers in the 2nd round. After taking down the offensive juggernaut, this series is shaping up to be a battle of goaltenders. Along with our player props, be sure to check out all of our NHL analysis.

With 2 of the best goaltenders in the world in this series, player props can be more difficult to pinpoint. However, there is still value to be had. We’re targeting a former Conn Smythe Trophy winner for MVP of the playoffs. Victor Hedman has proven he is essentially matchup-proof. Lightning goaltender Andrei Vasilevskiy has proven the same, so it is more valuable to target a Lightning player prop. New York’s Igor Shesterkin has been great, but has also had some shaky moments in the postseason. He was pulled in back-to-back games in the first round against the Penguins, and will now be facing skaters that know what it takes to win the Cup.

Hedman skates alongside Steven Stamkos, who had over 100 points this season, and Nikita Kucherov, who had 128 points in his MVP season. They are both 2 of the best goalscorers in the league, providing Hedman great opportunities to record an assist. He already has 8 assists this postseason, despite having far fewer games than most other skaters due to their sweep last round. He’s also proven he can help capitalize against Shesterkin, recording an assist in 2 of the 3 games against him in the regular season. The Lightning may be on the road, but let’s target the rested skaters before it gets deeper into the series.