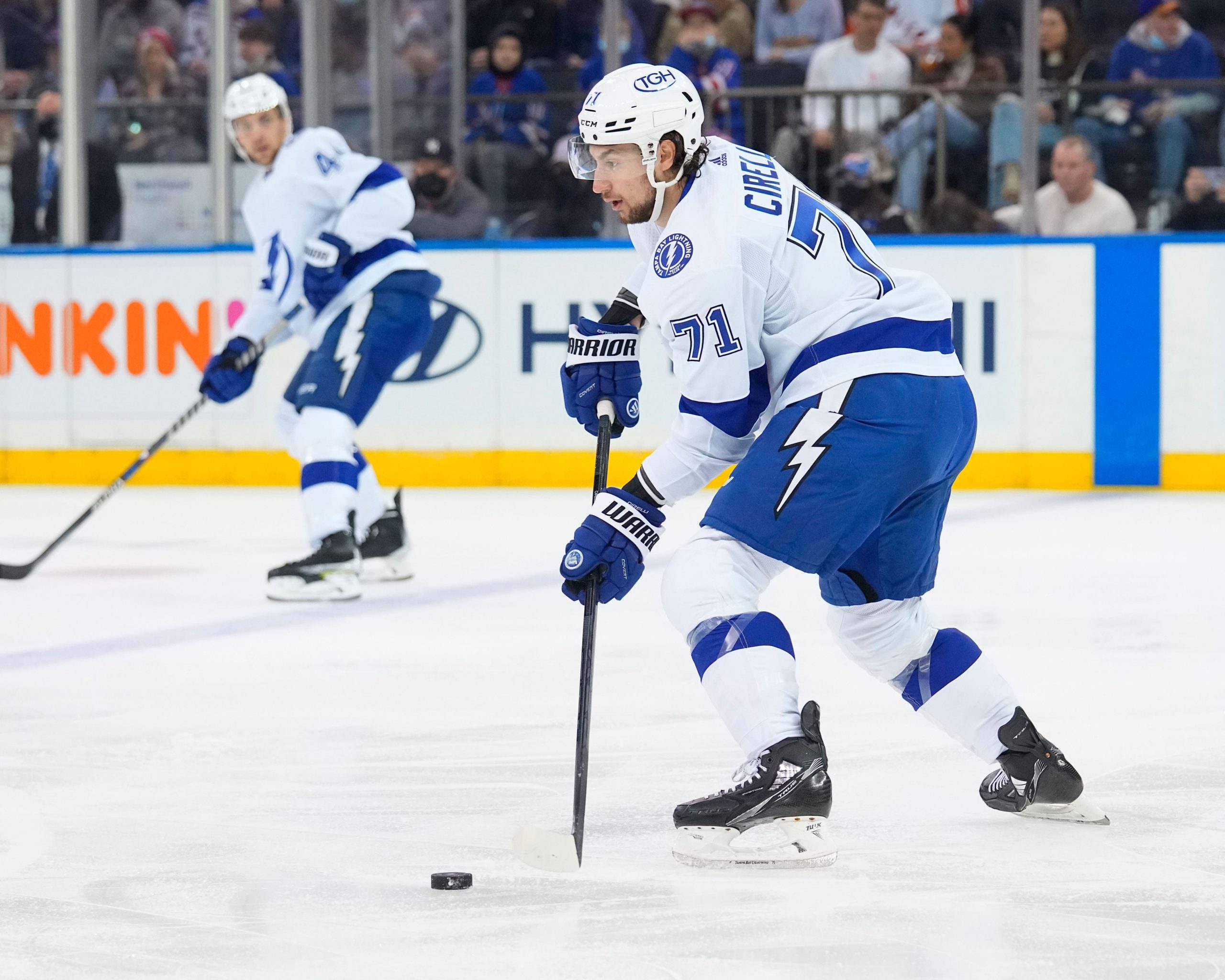 The 2-time defending Stanley Cup champion Tampa Bay Lightning were able to get back in the win column after dropping the first 2 games to the Rangers. That win guarantees that the series will at the very least head back up to New York for a Game 5. However, there is still another game in Tampa Bay to be played on Tuesday night. Let’s take a deeper dive to see who should step up in Game 4. Along with our player props, be sure to check out all of our NHL analysis.

After Steven Stamkos came through with the goal prop in Game 3, it’s time to go just a bit outside the box. Role players tend to perform better at home, and this series has proven that. The Rangers’ “kid line” started out the series in a big way, recording 5 points between their 3 youngsters of Alexis Lafreniere, Filip Chytil and Kaapo Kakko. Then Ondrej Palat scored the game-winner for the Lightning in Game 3.

Now it’s time for Anthony Cirelli to shine. Tampa may have struggled to begin this series, but Cirelli himself did not. Although he was held pointless on Sunday, he recorded 2 assists in Game 1, followed by another in Game 2. Even though all but 1 of his points this postseason have been assists, it is still worth taking his overall point prop as it is even-money. He’s still shooting the puck quite often, having 4 shots on goal in 3 of the last 4 games. In the case he scores rather than helps out a teammate, this prop still hits. With an average of 20 minutes of ice time per game this postseason, Cirelli should have plenty of opportunities to come through.